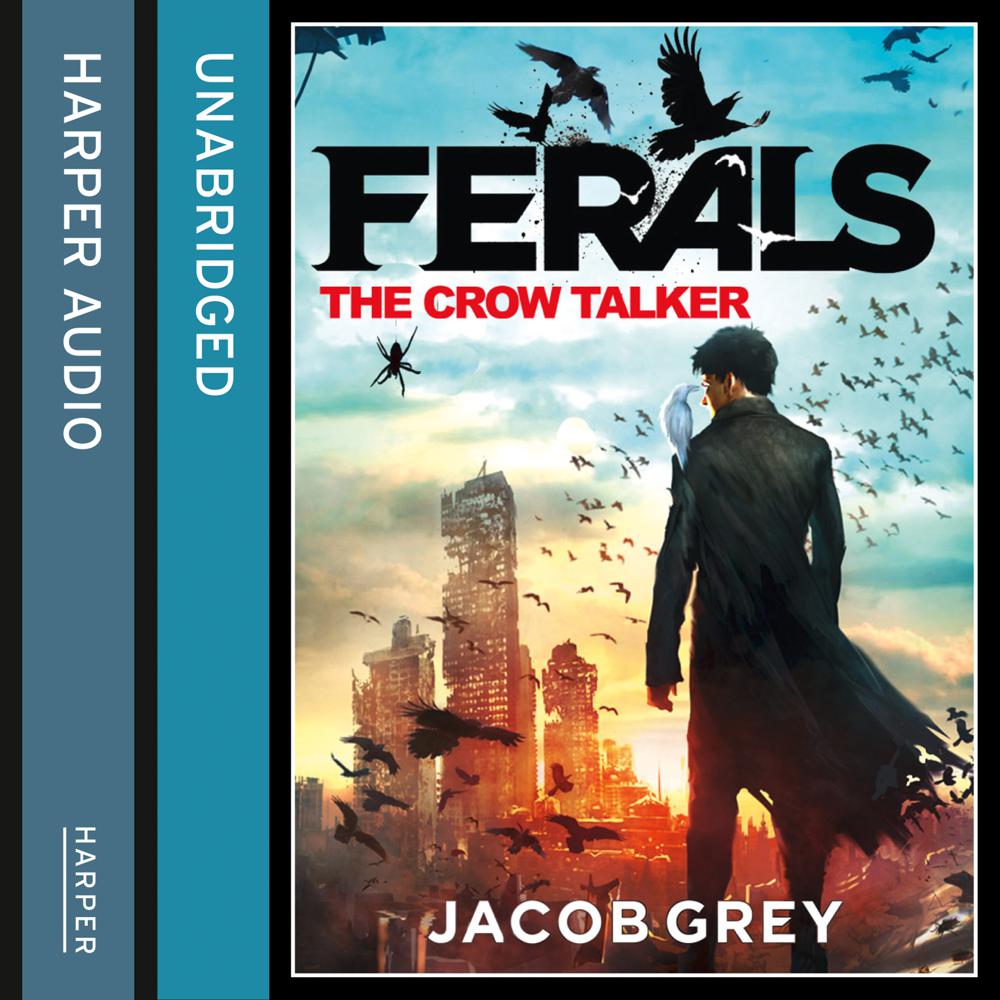 In a city ravaged by crime and corruption, 13-year-old orphan Caw’s only friends are the murder of crows he has lived with since his parents flung him from their house aged only five…

Caw lives in a treehouse in an abandoned city park, surviving on scraps of food and only communicating with his three crows. But a jailbreak at the prison forces him into contact with other humans – particularly a girl called Lydia, who is attacked by the escaped prisoners and is saved by Caw.

Caw realises that these escaped prisoners have more in common with him than he’d like… they too are FERALS – humans able to communicate with and control an animal species. And they want to bring their evil Feral master, The Spinning Man, back from the Land of the Dead. Only by joining forces with other good Ferals hiding throughout the city can Caw stand a chance of defeating them.