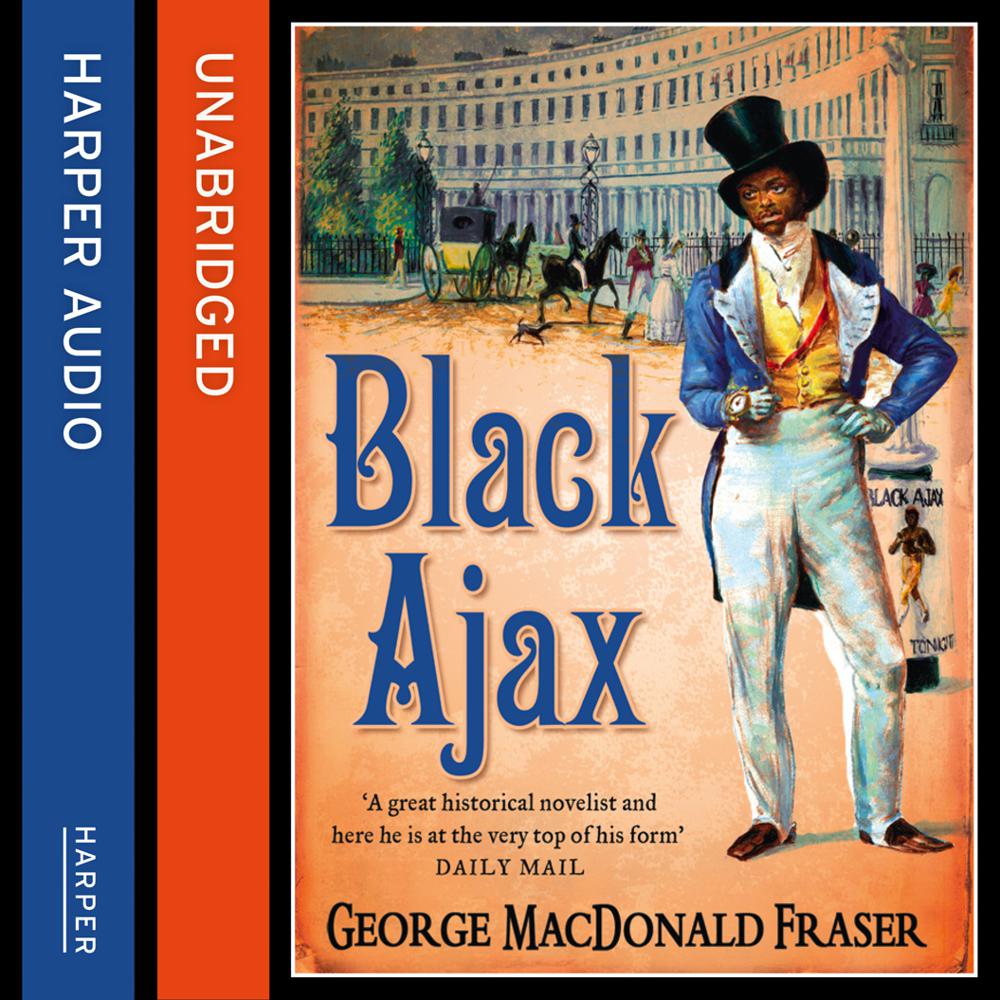 In the spirit of Flashman and in the inimitable George MacDonald Fraser style comes a rousing story of prize fighting in the 19th century. Reissued in a stunning new package, Black Ajax will attract a new generation of fans.

When Captain Buck Flashman sees the black boxer catch a fly in mid-flight he realizes that he is in the presence of speed such as the prize ring has never seen. Tom Molineaux may be crude and untutored, but if ‘Mad Buck’ knows anything (and like his notorious son, the archcad Harry Flashman, he has an unerring eye for the main chance), this ex-slave from America is a Champion in the making, on whose broad shoulders the ambitious Captain can climb to sporting and social fame. Under his patronage, the ‘Black Ajax’ is carried on a popular tide of sporting fever to his great dream: to fight the invincible, undefeated Champion of England, the great Tom Cribb.

The story of Molineaux and his eventual battles with Cribb is told through a series of superbly original and individual voices – colourful, powerful and funny. Together they create a magnificent picture of Regency England and a portrait of a flawed hero who surmounted the barriers of ignorance, poverty and race hatred to bring the prize ring a lustre it had never known before, and may never again.

‘Mr Fraser is a great historical novelist and in Black Ajax he is at the very top of his form. Damme if he ain’t.’
Christopher Matthew, Daily Mail