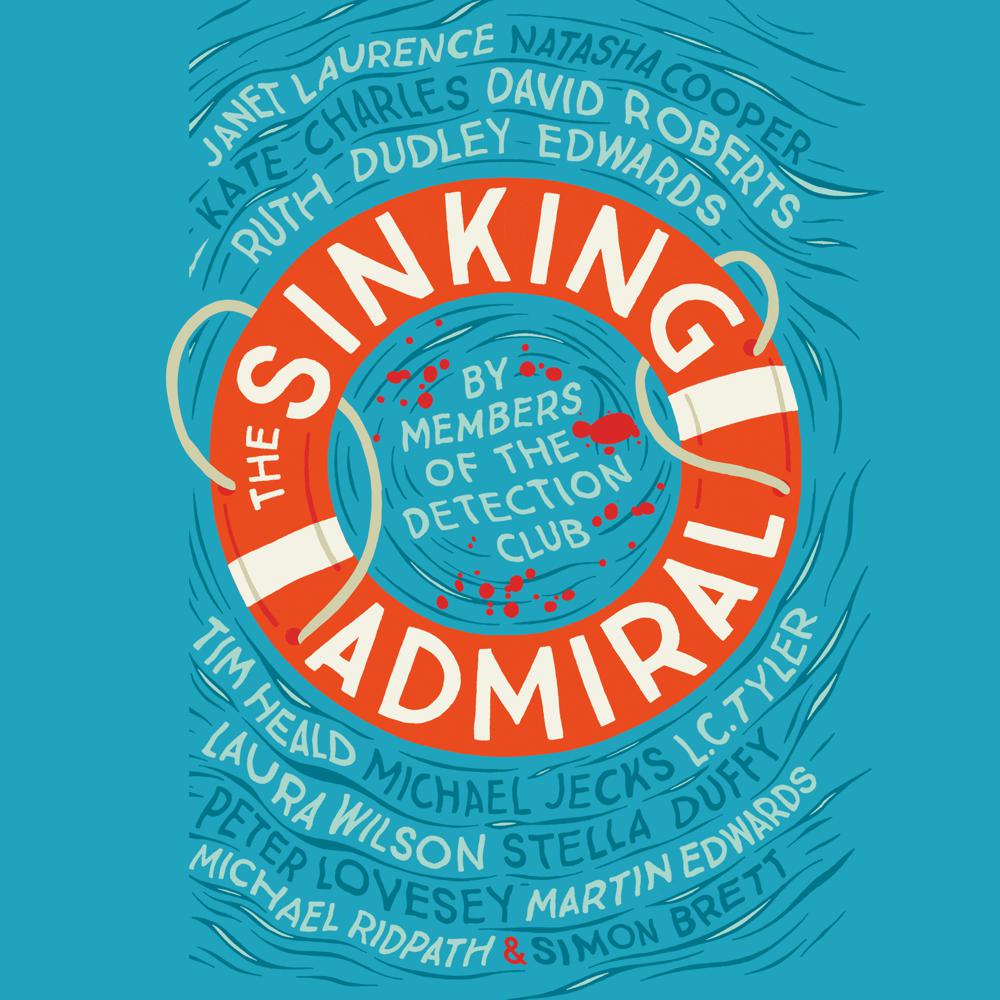 The Floating Admiral was the first of the Detection Club’s collaborative novels, in which twelve of its members wrote a single novel. Eighty-five years later, fourteen members of the club have once again collaborated to produce The Sinking Admiral.

‘The Admiral’ is a pub in the Suffolk seaside village of Crabwell, The Admiral Byng. ‘The Admiral’ is also the nickname of its landlord, Geoffrey Horatio Fitzsimmons, as well as the name of the landlord’s dinghy. None of them are as buoyant as they should be, for the pub is threatened with closure due to falling takings.

Tempers are already frayed due to the arrival of a television documentary team when Fitzsimmons is found dead in his tethered boat. The villagers assume a simple case of suicide and fear that their debt-ridden pub will now sink without trace. The journalists seem determined to finish the job by raking up old skeletons, but they weren’t banking on the fact that this story has been written by 14 extremely competitive crime writers – arch bamboozlers who will stop at nothing to save a good pub.

The Sinking Admiral, edited by the Detection Club’s outgoing President – author and broadcaster Simon Brett, OBE – continues a tradition established by the Detection Club’s founders in 1931 when Dorothy L. Sayers, Agatha Christie, Freeman Wills Crofts and eleven other esteemed authors wrote The Floating Admiral, a ‘collaborative novel’ to challenge themselves, fox their readers and help to pay for the Club’s running costs. Now, 85 years later, 14 of today’s leading crime writers have repeated this unique game of literary consequences, producing an original, ebullient and archetypal whodunit that will keep readers guessing right up to what crime lovers insist on calling the dénouement…

‘All great fun with a bonus for the reader in trying to identify which author does what to move the story along.’ DAILY MAIL