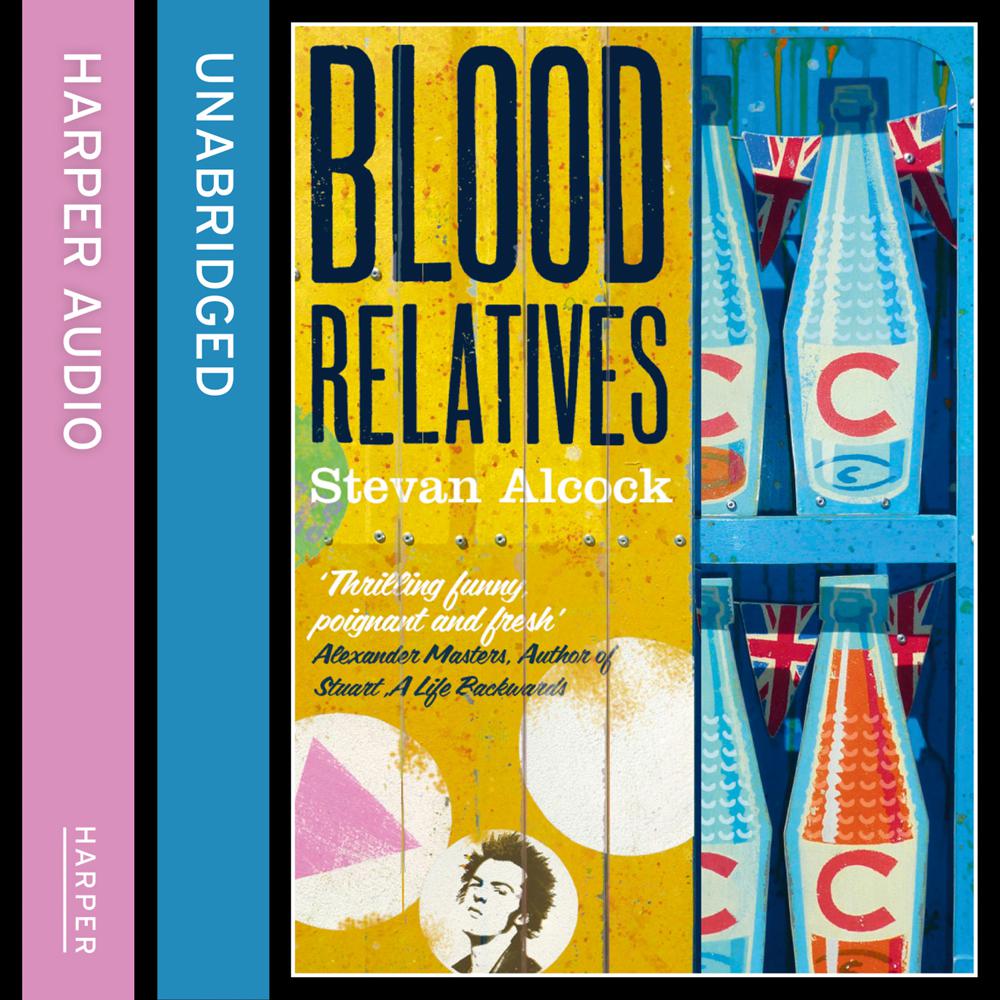 An incredible debut novel: a coming of age tale set against the backdrop of the Yorkshire Ripper murders, ‘full of daring, authenticity and wit’ (Rachel Cusk).

‘The milkman found her. On Prince Philip Playing Fields. He crossed the dew-soaked grass toward what he took to be a bundle of clothes, but then he came across a discarded shoe, and then t’ mutilated body. her name wor Wilma McCann.’

Leeds, late 1975 and a body has been found on Prince Philip Playing Fields. Ricky, teenage delivery van boy for Corona pop, will be late for The Matterhorn Man. In the years that follow until his capture, the Yorkshire Ripper and Rick’s own life draw ever closer with unforeseen consequences. Set in a time in England's history of upheaval and change – both personal and social – this is a story told in an unforgettable voice.

‘Refreshing, even radical … Blood Relatives could never be accused of being dull … the novel’s most eye-catching aspect is its language. Alcock captures not only the voice of his intelligent, happy-go-lucky protagonist, but also the heft and current of his local tongue’ Guardian

'An audacious and unpredictable novel, BLOOD RELATIVES is gutsy, gritty and gripping' Shortlist

‘BLOOD RELATIVES is full of daring, authenticity and wit. It is a work of brutal, hilarious poetry whose portrait of a working-class England that is by turns bankrupt and picaresque … It's hard to believe that Stevan Alcock's is a new voice, so confidently does it speak: what it says is original, funny, sometimes shocking, and true’ Rachel Cusk

‘A thrilling book, funny, poignant, dramatic, humane and fresh. Set during the time of the Ripper murders in Yorkshire, Alcock has written a debut novel of stunning narrative control and authenticity. Stevan Alcock is a wonderful find.' Alexander Masters, author of ‘Stuart: A Life Backwards’

‘BLOOD RELATIVES is an unforgettable portrait of growing up in the late seventies, of living through the terror of the Yorkshire Ripper’s murders and of trying to survive a family. This is great writing with fine, subtle and beautiful observations of character . You will be hooked by this terrific new voice’ David Vann, author of ‘Legend of a Suicide’, ‘Dirt’ and ‘Goat Mountain’

‘Written in a vibrant, colloquial tongue, BLOOD RELATIVES airs its secrets against a wider socio-political landscape of late 1970s Britain, where punk, gay liberation, the National Front and Thatcherism all play their part. Alcock’s debut novel strikes both a brutal and brutally funny note’ Wing magazine