When in French
Lauren Collins, Read by Laurel Lefkow 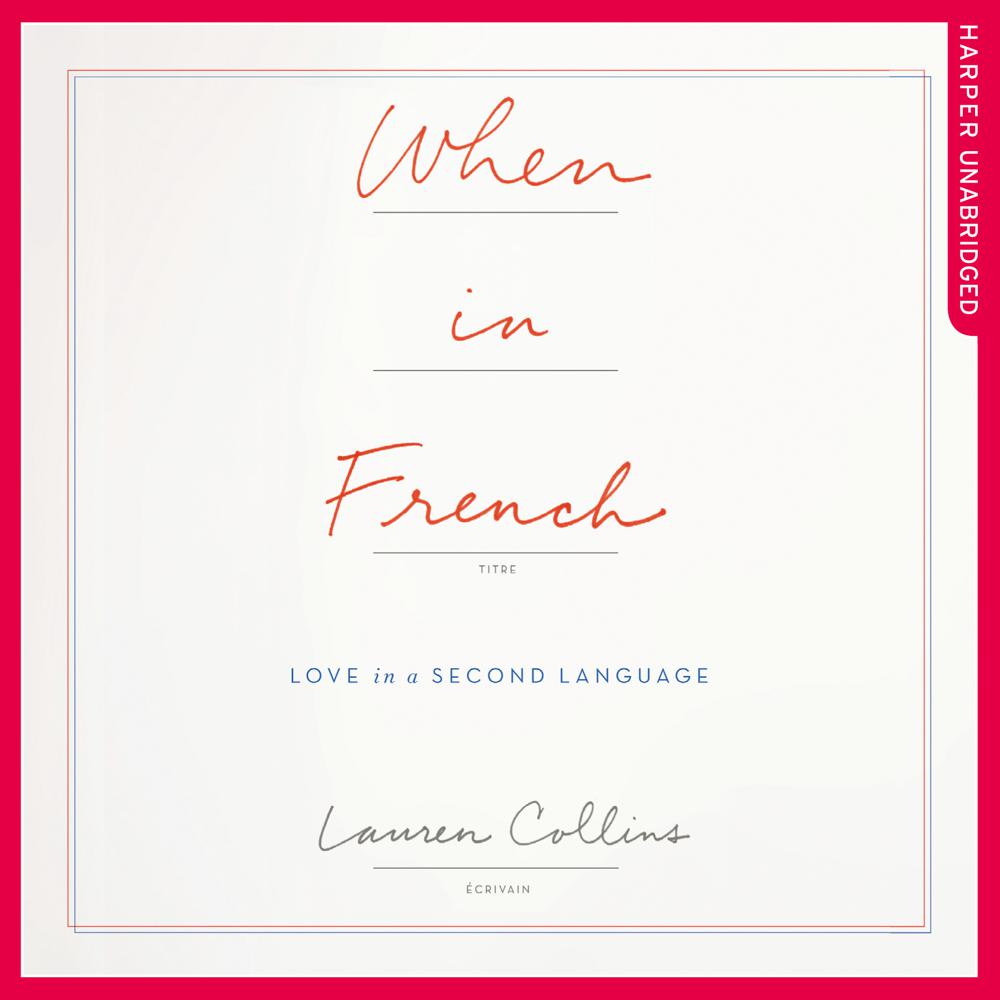 ‘Talking to you in English’, he said, ‘is like touching you with gloves.’

A language barrier is no match for love. New Yorker journalist Lauren Collins discovers this first-hand when, in her early thirties, she moves to London and falls for Olivier, a Frenchman. As their relationship begins to grow, Lauren senses that there are things she doesn’t understand about Olivier, having never spoken to him in his mother tongue. (Does ‘I love you’ even mean the same thing as ‘je t’aime’?) And when they move to French-speaking Geneva, Lauren suddenly finds herself no longer able to talk to the local handymen or shop owners, let alone her husband’s parents.

Fearful of one day finding herself unable to communicate with her own children, Lauren decides to learn French. Along the way, she faces a series of challenges, from awkward role-playing games at her Swiss language school, to accidentally telling her mother-in-law that she’s given birth to a coffee machine. But there are also unexpected pleasures: the delights of learning French words that have no English equivalent and the joys of winning her first argument against Olivier in his native tongue.

A funny, thoughtful memoir, When in French considers how language shapes our lives, from how we think, to how we fall in love, and what happens when two languages, and two very different cultures, collide.

‘I love Lauren Collins’s writing: as sparkling as Champagne and as nourishing as the most perfect French meal’ Hadley Freeman

‘Lauren Collins understands everything about language, love, time and place.This is a brilliant book’ India Knight

‘I devoured Lauren Collins’s sharp, funny tale of bilingual romance and learning to speak French. Part acerbic love letter to that language and part meditation on language itself, When in French is so charming it made me want to learn French too’ Adelle Waldman, author of The Love Affairs of Nathaniel P.

‘Nobody is more observant of fine details, or more curious about the big picture … Collins makes the world seem like a bigger, more effervescent, more intoxicating place’ Elif Batuman, author of The Possessed

‘When in French is a celebration both of the weird and compendious ingenuity of language, and of the value of maintaining a spirit of linguistic and emotional inquiry’ Observer

‘A thoughtful, beautifully written meditation on the art of language and intimacy’ New York Times