Waves Across the South
Sujit Sivasundaram, Read by Raj Ghatak 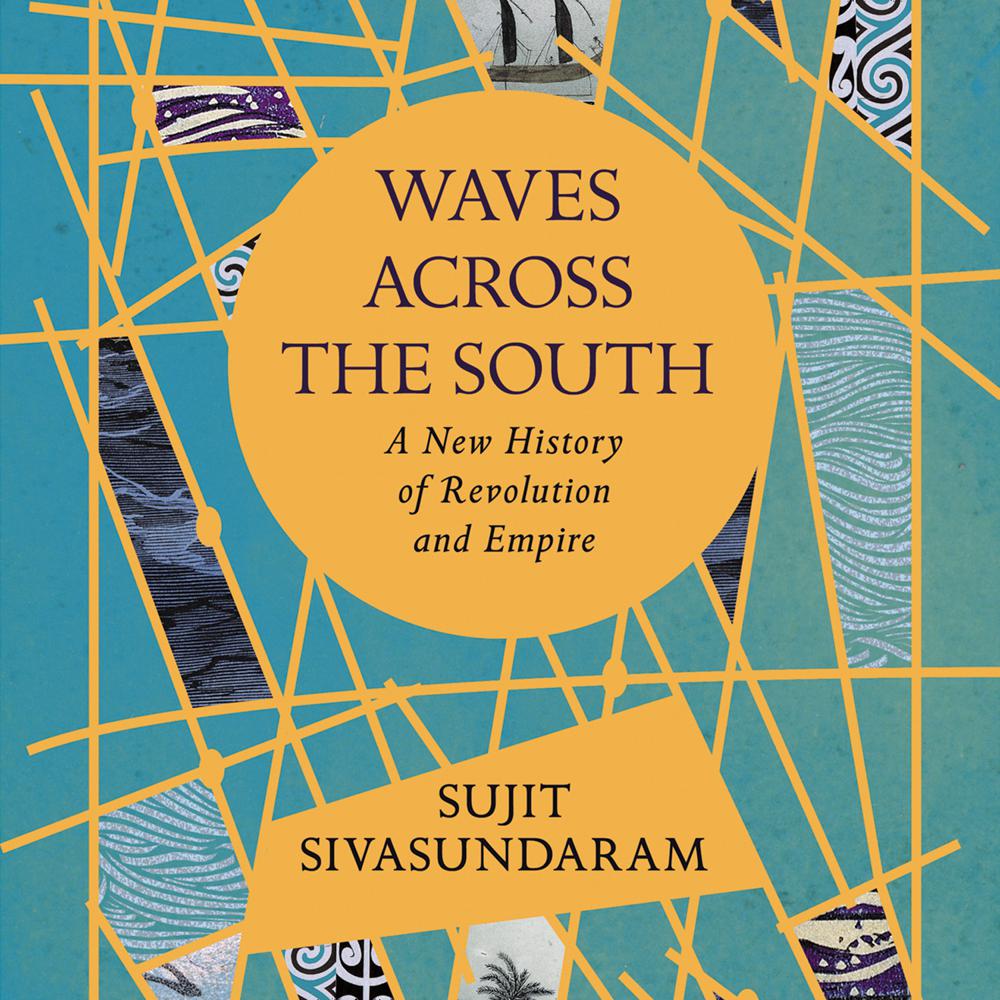 ‘Helps re-centre how we look at the world and opens up new perspectives on how we can look at regions, peoples and places that have been left to one side of traditional histories for far too long’ PETER FRANKOPAN

Starting from the ocean and from the forgotten histories of ocean-facing communities, this is a new history of the making of our world.

After revolutions in America and France, a wave of tumult coursed the globe from 1790 to 1850. It was a moment of unprecedented change and violence especially for indigenous peoples. By 1850 vibrant public debate between colonised communities had exploded in port cities. Yet in the midst of all of this, Britain struck out by sea and established its supremacy over the Indian and Pacific Oceans, overtaking the French and Dutch as well as other rivals.

Cambridge historian Sujit Sivasundaram brings together his work in far-flung archives across the world and the best new academic research in this remarkably creative book. Too often, history is told from the northern hemisphere, with modernity, knowledge, selfhood and politics moving from Europe to influence the rest of the world. This book traces the origins of our times from the perspective of indigenous and non-European people in the Indian and Pacific Oceans. From Aboriginal Australians to Parsis and from Mauritians to Malays, people asserted their place and their future as the British empire drove unexpected change. The tragedy of colonisation was that it reversed the immense possibilities for liberty, humanity and equality in this period. Waves Across the South insists on the significance of the environment; the waves of the Bay of Bengal or the Tasman Sea were the context for this story. Sivasundaram tells how revolution, empire and counter-revolt crashed in the global South. Naval war, imperial rivalry and oceanic trade had their parts to play, but so did hope, false promise, rebellion, knowledge and the pursuit of being modern.

This is a compulsive story full of cultural depth and range, a world history that speaks to urgent concerns today. The book weaves a bracingly fresh account of the origins of the British empire. Only when looking from the water can we understand where we are now.

‘Fresh, sparkling and ground-breaking, Waves Across the South helps re-centre how we look at the world and opens up new perspectives on how we can look at regions, peoples and places that have been left to one side of traditional histories for far too long’
PETER FRANKOPAN

‘A breathtaking book. Sujit Sivasundaram takes the familiar story of the “age of revolutions” and turns it upside down, putting the voices, the hopes and the struggles of the seafaring peoples of the Indian and Pacific oceans at the heart of his account of how the modern world was forged … Global history at its finest: eloquent, surprising, and deeply moving’
SUNIL AMRITH, AUTHOR OF UNRULY WATERS

‘Challenges our understanding of colonial history … [The] outstanding volume takes us on a gripping journey across the globe … [This] magisterial book brings to light a world history that has so far been cast aside by many world historians … A master class in history writing’
OLIVETTE OTELE, PROFESSOR OF HISTORY OF SLAVERY AT BRISTOL UNIVERSITY

‘[There are] many fascinating stories in this rich and stimulating new history … Turns conventional wisdom upside down, and invites us to follow the making of the modern world from the Pacific instead … This is big history’
SPECTATOR