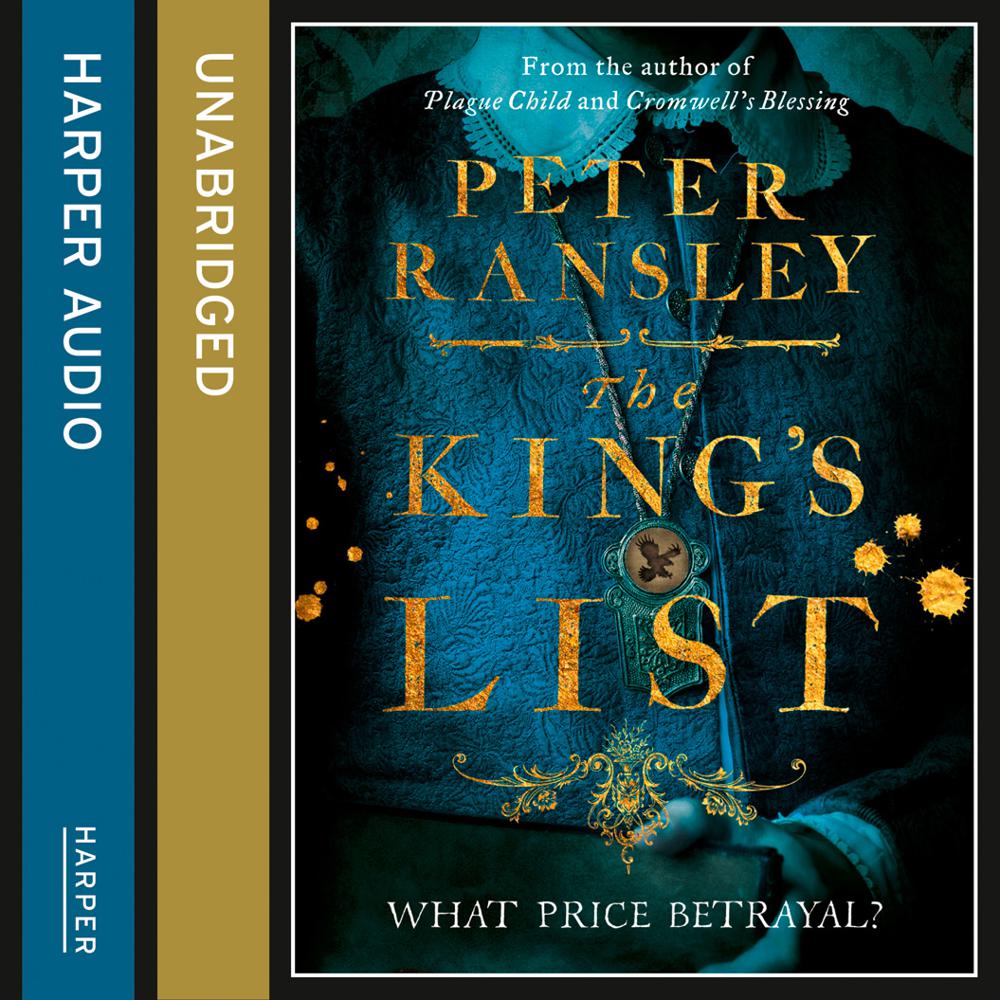 What price betrayal? The bloody saga of revolution and republicanism reaches its climax in the final instalment of the Tom Neave trilogy.

1659. Tom Neave, now Lord Stonehouse and feared spymaster for the republic, must do what he can to maintain the reins of power. With Oliver Cromwell dead, a ruthless struggle for control of the country begins.

A Royalist rebellion is easily put down, but is of concern for Tom – his son Luke is among those imprisoned. Having been freed by his father and back with his family, Luke claims he is disillusioned with the Royalist cause. But can Tom trust him? Pre-occupied by his son’s uncertain allegiance, by the distant, manipulative behaviour of his beloved wife Anne, and by rumours of his treacherous father Richard, Tom is ill at ease. His own long-buried secrets threaten to erupt, with irrevocable consequences.

As the struggle for power in England becomes more urgent, rumours abound of the return of the exiled king. Copies of the ‘King’s List’ are in circulation – the names of those who signed the death warrant of the late king, of which Tom is one. While an army marches on London, the fate of the nation – and that of Tom and his family – lies at stake.

‘Tom's search for his own identity is intimately connected with the seismic events tearing England apart in the 1640s. Ransley has a talent for melding dramatic historical detail with a strong story that could well give C. J. Sansom a run for his money.' Spectator

‘There are some cracking [historical] writers out there. And Peter Ransley is certainly worthy of a place at the top…a great tale that would sit well on the screen… Ransley conveys not only the action, but also the self-doubt and blundering of a poorly-trained army daring to challenge its king… If [the] second book] is as good as this one, then we are in for a real treat.’ Eastern Daily Press

‘An intelligent and imaginative tale of a pivotal year in English history.’ Sunday Times