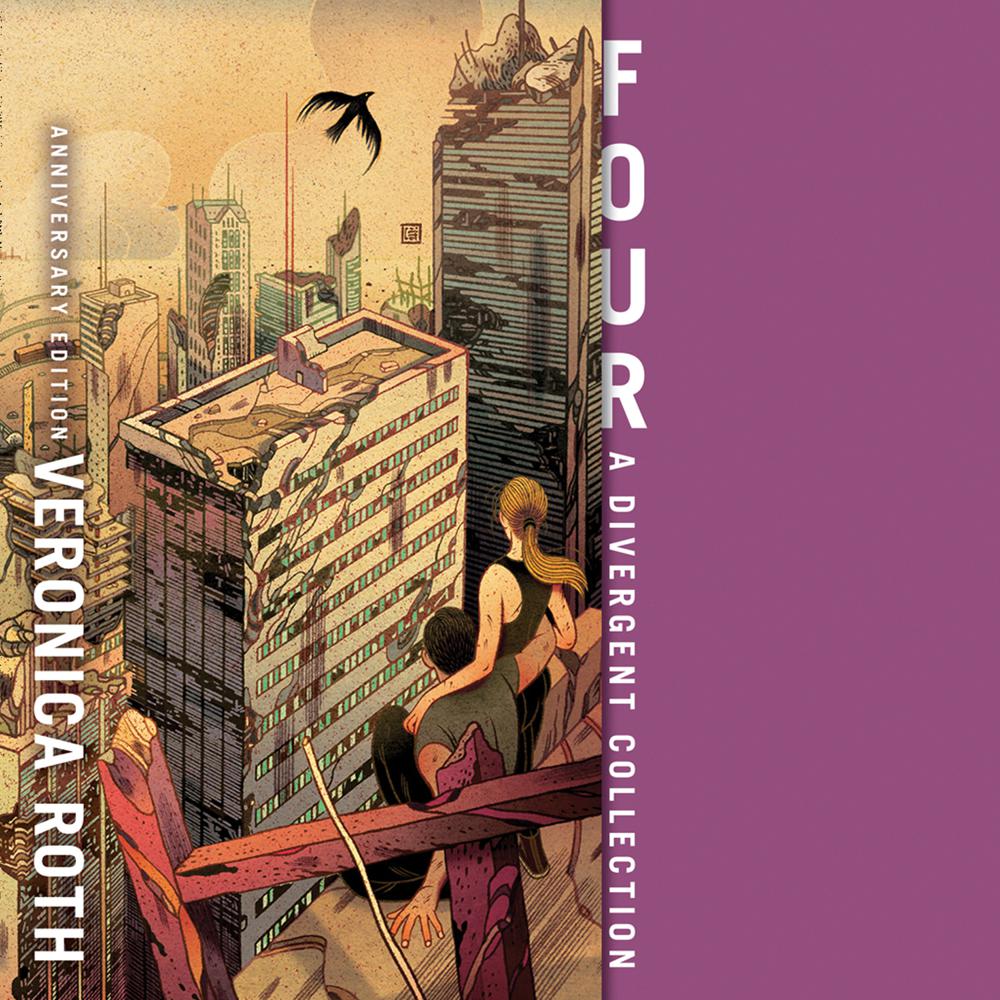 Fans of the Divergent series by No. 1 New York Times bestselling author Veronica Roth will be thrilled by Four: A Divergent Collection, a companion volume that includes four pre-Divergent stories told from Tobias Eaton’s point of view.

Readers first encountered Tobias Eaton as "Four" in Divergent. His voice is an integral part of Allegiant. Readers will find more of this charismatic character's backstory told from his own perspective in Four: A Divergent Collection. When read together, these long narrative pieces illuminate the defining moments in Tobias Eaton's life.

The first three pieces in this volume – "The Transfer," "The Initiate," and "The Son" – follow Tobias's transfer from Abnegation to Dauntless, his Dauntless initiation, and the first clues that a foul plan is brewing in the leadership of two factions.

The fourth story, "The Traitor," runs parallel with the events of Divergent, giving readers a glimpse into the decisions of loyalty – and love – that Tobias makes in the weeks after he meets Tris Prior.

“The next big thing.” (Rolling Stone )

“If you like Hunger Games & Twilight, then get stoked for DIVERGENT! Trust us on this—this baby is going to blow up BIG! And if you chose to remain factionless, then you’re gonna be one lonely soul.” (PerezHilton.com )

“A memorable, unpredictable journey from which it is nearly impossible to turn away” – Publishers Weekly

“A taut and shiveringly exciting read! Tris is exactly the sort of unflinching and fierce heroine I love. I couldn’t turn the pages fast enough.” Melissa Marr, bestselling author of Wicked Lovely

“DIVERGENT is a captivating, fascinating book that kept me in constant suspense and was never short on surprises. It will be a long time before I quit thinking about this haunting vision of the future.” James Dashner, author of ‘The Maze Runner