Smarter Than You Think
Clive Thompson, Read by Jeff Cummings 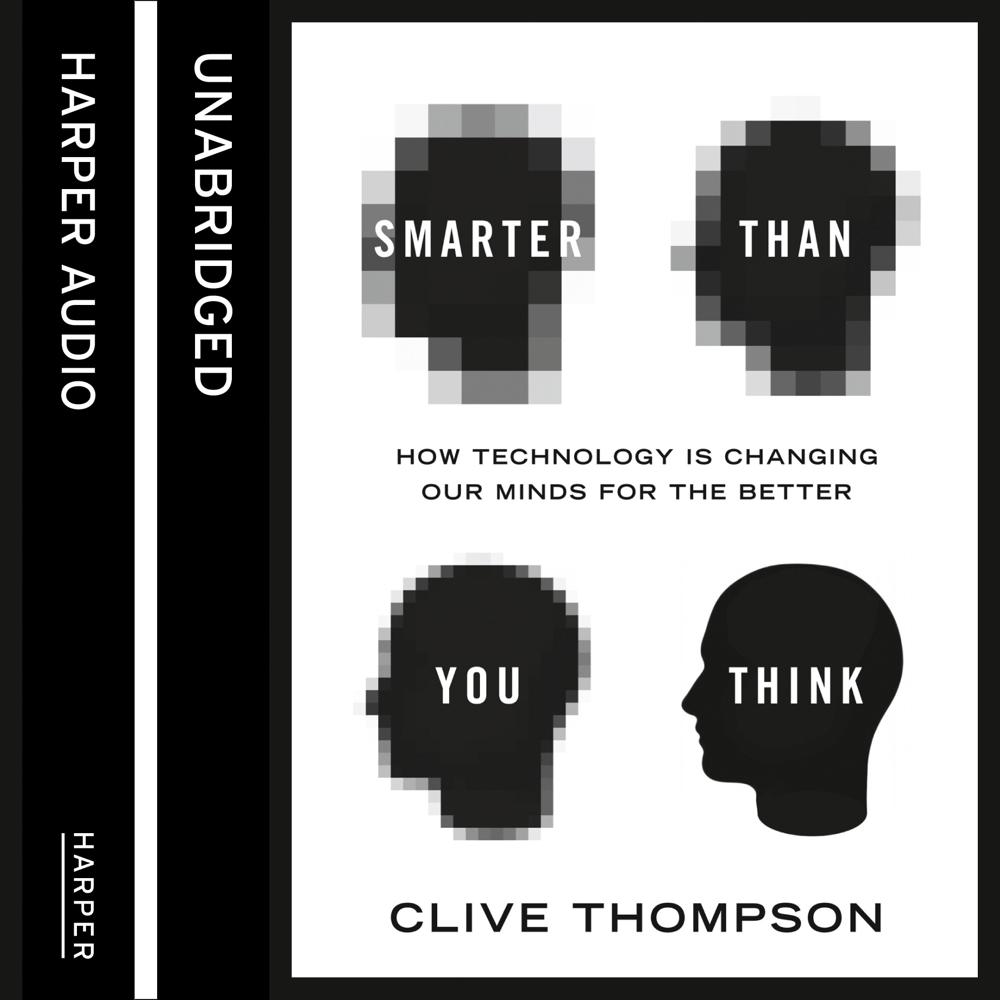 A brilliant examination into how the internet is profoundly changing the way we think.

In this groundbreaking book, Wired writer Clive Thompson argues that the internet is boosting our brainpower, encouraging new ways of thinking, and making us more not less intelligent as is so often claimed.

Our lives have been changed utterly and irrevocably by the rise of the internet and it is only now that we can begin to analyse this extraordinary phenomenon. The author argues that as we rely more and more for machines to help us think, our thinking itself is becoming richer and more complex. We’re able to learn more, retain it longer, to write in curious new forms, and even to think entirely new types of thoughts.

Outsmart is filled with stories of people who are living through these profound technological changes. In a series of postcards from the near future, we meet characters such as Gordon Bell, an ageing millionaire who is saving a digital copy of everything that happens to him, and Eric Hovitz, one of the world’s leading artificial-intelligence researchers, who is creating software that is designed to let your computer sense your mood and then predict when you’re going to be most productive at work.

Lucidly written and argued, Outsmart is a breathtaking original look at our Brave New World.

‘Judicious and insightful … Thompson avoids both the hype and the hand-wringing so common among digital age pontificators’ Walter Isaacson, New York Times

‘Almost without noticing it, the internet has become our intellectual exoskeleton. Rather than just observing this evolution, Clive Thompson takes us to the people, places and technologies driving it, bringing deep reporting, storytelling and analysis to one of the most profound shifts in human history’ Chris Anderson

‘[An] enjoyable study of the digital world … both fascinating and thought-provoking … [Thompson] remains admirably sober about the limits of technology’s’ edifying influence on us: technology, he reminds us, is only ever as smart as the person using it’ Sunday Times

‘Thompson is a talented storyteller … The world outside … is, on balance, much weirder than you think’ The Times

‘We should be grateful to have such a clear-eyed and lucid interpreter of our changing technological culture as Clive Thompson. Smarter Than You Think is an important, insightful book about who we are, and who we are becoming’
Joshua Foer, New York Times bestselling author of Moonwalking with Einstein