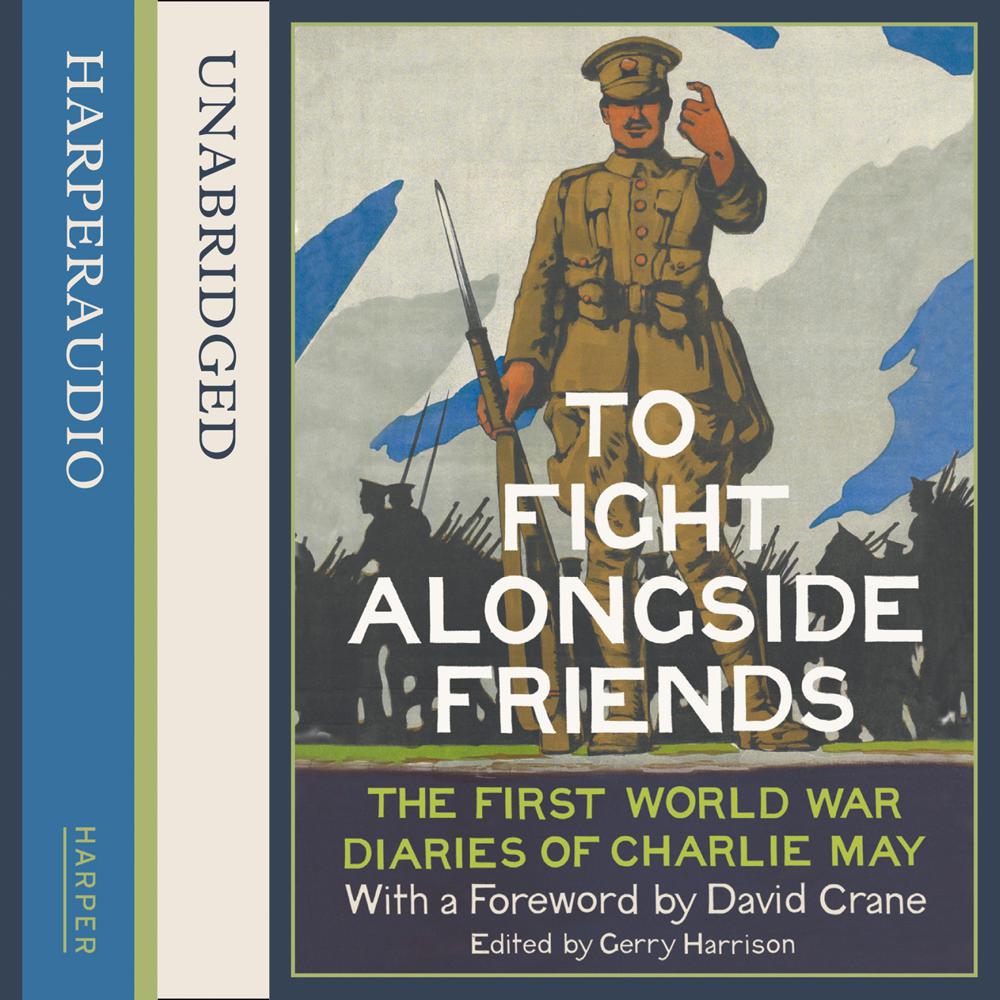 The First World War Diaries of Manchester Pals Captain Charlie May – written and kept in secret and published now for the first time. A born storyteller, Charlie May’s vivid eye for detail and warm good humour brings his experience in the trenches (and the experience of millions of ordinary men like him) to life for a 21st-century readership.

Captain Charlie May was killed, aged 27, in the early morning of 1st July 1916, leading the men of ‘B Company’, 22nd Manchester Service Battalion (the Manchester Pals) into action on the first day of the Somme.

This tolerant and immensely likeable man had been born in New Zealand and – against King’s regulations – he kept a diary in seven small, wallet-sized pocket books. A journalist before the war and a born storyteller, May’s diaries give a vivid picture of battalion life in and behind the trenches during the build-up to the greatest battle fought by a British army and are filled with the friendships and tensions, the home-sickness, frustrations, delays and endless postponements, the fog of ignorance, the combination of boredom and terror to which every man that has ever fought could testify.

His diaries reflect on the progress of the war, tell jokes – good and bad, give details of horse-rides along the Somme valley, afternoons with a fishing rod, lunch in Amiens, a gastronomic celebration of Christmas 1915 and concerts in ‘Whiz Bang Hall’. He describes battles not just with the enemy, but with rats, crows and on the makeshift football pitch – all recorded with a freshness that brings these stories home as if for the first time.

The diaries are also written as an extended and deeply-moving love letter to his wife Maude and baby daughter Pauline. ‘I do not want to die’, he wrote – ‘Not that I mind for myself. If it be that I am to go, I am ready. But the thought that I may never see you or our darling baby again turns my bowels to water.’

Fresh, eloquent and warm, these diaries were kept secret from the censor and were delivered to his wife after his death by a fellow soldier in Charlie’s company. Edited by his great-nephew and published for the first time, these diaries give an unforgettable account of the war that took Charlie May’s life, and millions of others like him.

‘What shines through like sunshine is Charlie May’s default belief in service to country, his quiet commitment to others over self, and his sheer decency. You could bet your life on Charlie. And, in a way, we did’ The Times

‘Captain May’s words offer a rare and vivid insight into life in the trenches: of rats and death, and the men’s optimism as they prepared to go into battle. They also read as a moving love letter to the wife he adored and the little girl he couldn’t wait to be reunited with’ Daily Express

‘[We] want to hear the voices of those who were there, unencumbered by 21st century prejudices … ‘To Fight Alongside Friends’ [is] the disarmingly jaunty, previously unpublished diaries of Captain Charlie May … beautifully edited and minutely annotated’ Sunday Times

‘Reflective and acute … By July 1st 1916, when the last diary entry was entered at 5.45am, the reader feels that they know Charlie May, and what follows comes as a shock, as if a cinema reel had broken in mid-reel … [the diaries] linger in the memory [and] deserve to be made available to a wider audience. They testify to how the 1914 generation drew on literary expression to order and to mediate what is commonly supposed to have been an incommunicably dreadful experience’ Financial Times

‘Every so often one comes across a diary where it is the sense of personality behind it that lift it out of the ordinary: such a diary is that of Captain Charlie May’ David Crane

‘The diary of Captain Charlie May provides a fascinating insight into the mind of a young British officer. It is peppered with intriguing insights, acute observations and the hectic, heart-stopping flurries of nocturnal trench raids’
Robin Cross, author of the bestselling ‘VE-Day’