Flashman and the Mountain of Light
George MacDonald Fraser, Read by Colin Mace 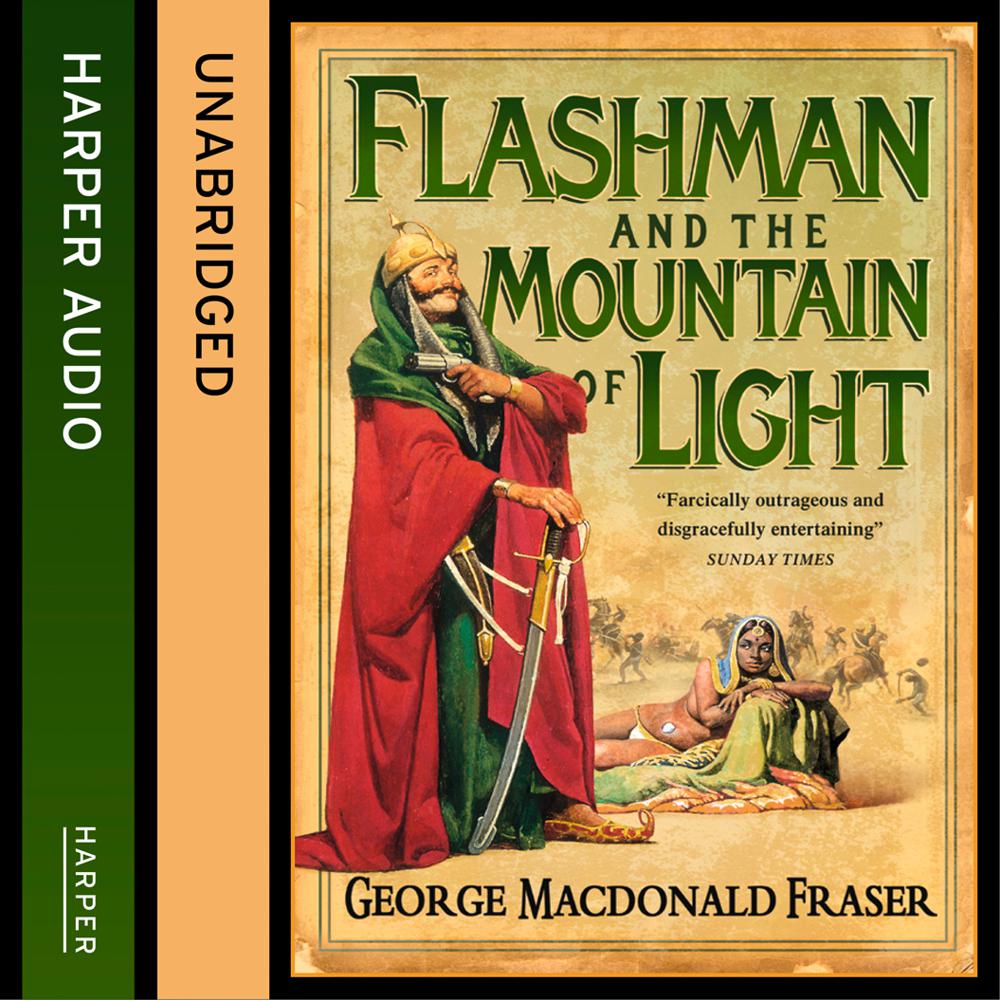 Coward, scoundrel, lover and cheat, but there is no better man to go into the jungle with. Join Flashman in his adventures as he survives fearful ordeals and outlandish perils across the four corners of the world.

Given the choice between defending Britannia’s frontier against the mighty Sikh army and pleasuring a ravishing maharani in the Court of the Punjab, Flashman knew where he’d rather be. Of course, that was before he found out about the torture chambers or the malevolent influence of the Mountain of Light…

‘In Flashman, George MacDonald Fraser has created one of the immortals’ SUNDAY TIMES

‘If ever there was a time when I felt that watcher-of-the-skies-when-a-new-planet-stuff, it was when I read the first Flashman’ P G WODEHOUSE

‘Flashman remains in a class of his own’ GUARDIAN