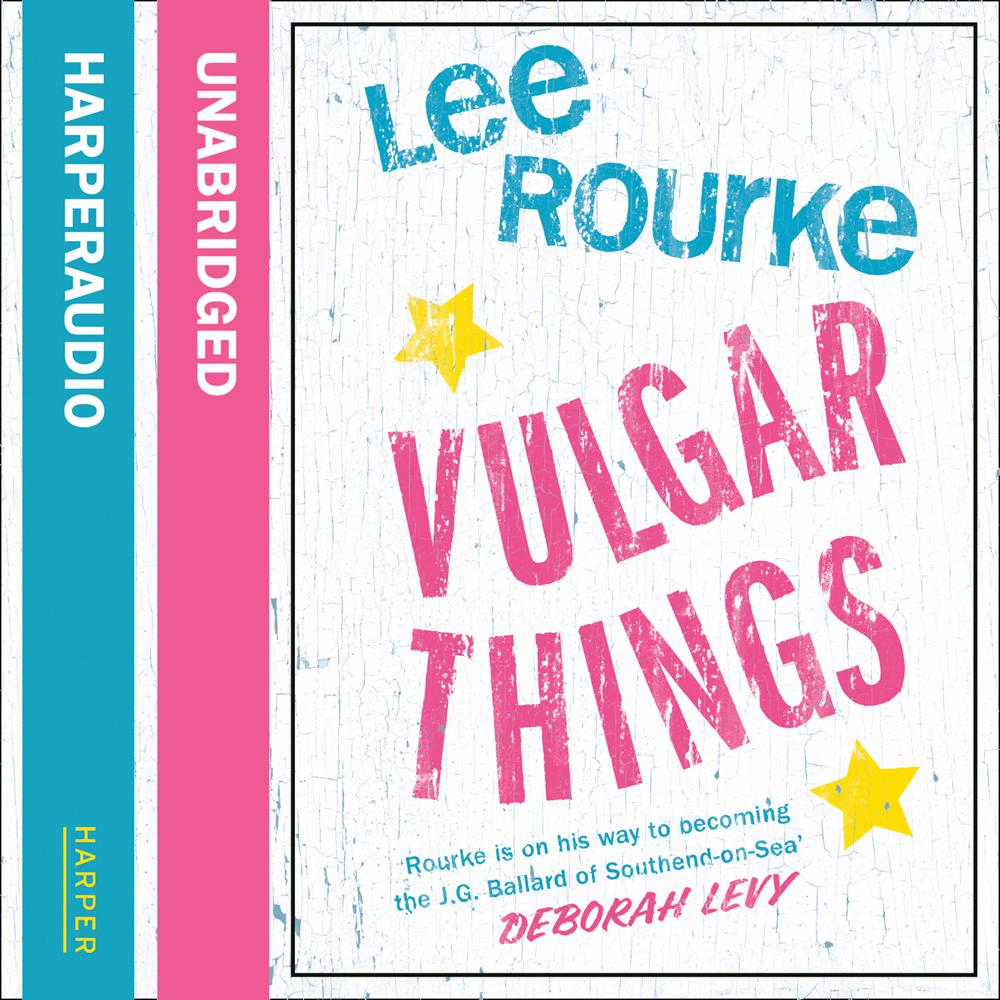 The second novel from Lee Rourke, author of the cult hit ‘The Canal’.

Jon Michaels – a divorced, disaffected and fatigued editor living a nondescript life in North London – wakes one morning to a phone call informing him that his uncle has been found dead in his caravan on Canvey Island. Dismissed from his job only the day before and hung-over, Jon reluctantly agrees to sort through his uncle’s belongings and clear out the caravan. What follows is a quixotic week on Canvey as Jon, led on by desire and delusion, purposeful but increasingly disorientated, unfolds a disturbing secret, ever more enchanted by the island – its landscape and its atmosphere.

Haunted and haunting, ‘Vulgar Things’ is part mystery, part romance, part odyssey: a novel in which the menial entrances and the banal compels.

‘As poignant and unsettling as a beam of light hitting the night sky from across the far-off wastes.’ Eimear McBride

‘A consistently disturbing yet compelling vision of loss, violence and identity, “Vulgar Things” stalks the reader’s memory long after the last page. A novel of innovation and resonance, it is as bleak and as beautiful as a deserted coastline.’ Stuart Evers

‘Rourke now shares a publisher with Jonathan Franzen … Admirers may rest assured that in other respects Rourke has not sold out … Rourke writes under the spell of “The Waste Land” … [For T. S. Eliot] the sense that literature must embrace modern life wrestled with an equivalent urge to grip it in tweezers, nose held. You feel the same tension at work in “Vulgar Things”.’ Anthony Cummins, Literary Review