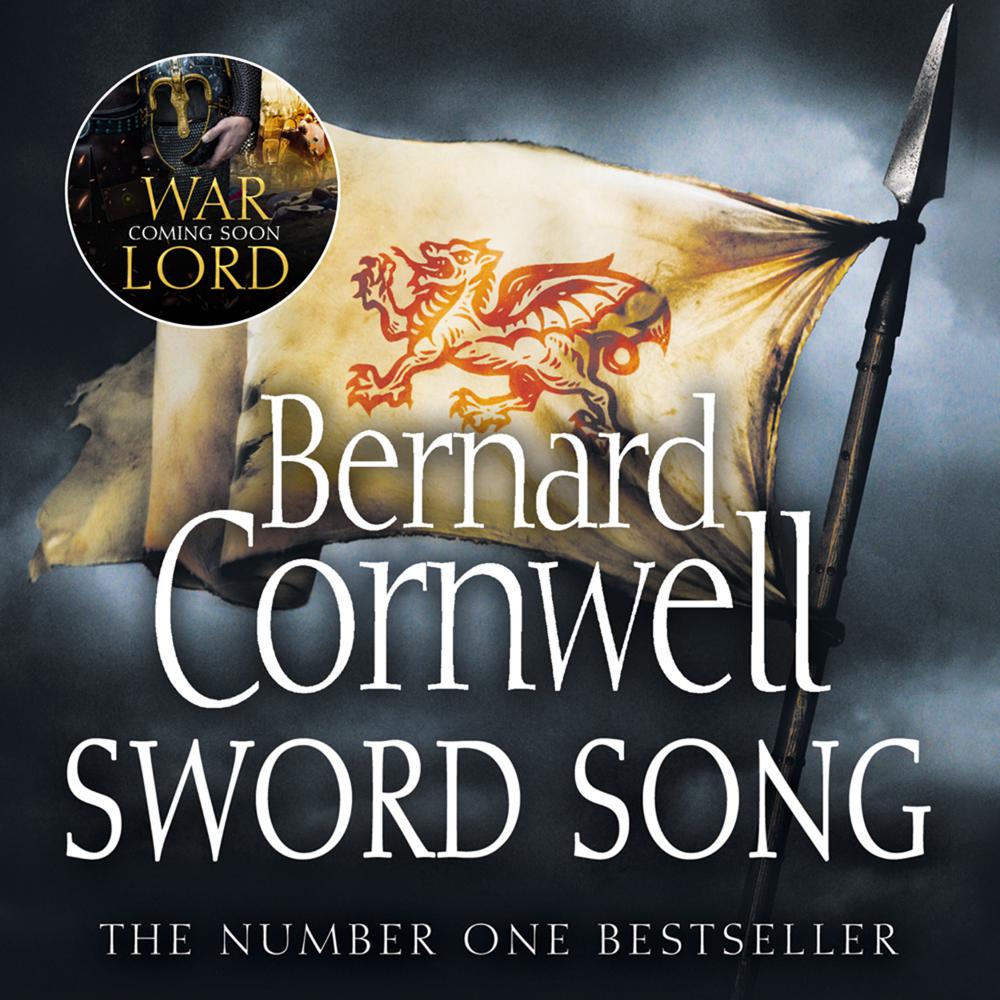 The fourth book in the epic and bestselling series that has gripped millions.

The year is 885, and England is at peace, divided between the Danish kingdom to the north and Alfred's kingdom of Wessex in the south. But trouble stirs, a dead man has risen and new Vikings have arrived to occupy London.

It is a dangerous time, and it falls to Uhtred, half Saxon, half Dane, a man feared and respected the length and breadth of Britain, to expel the Viking raiders and take control of London for Alfred. His uncertain loyalties must now decide England's future.

A gripping tale of love, rivalry and violence, Sword Song tells the story of England's making.

Praise for ‘The Lords of the North’:

‘Beautifully crafted story-telling, complete with splendid set-piece battles and relentless derring-do, so gripping that it rarely stops to catch a breath. It demonstrates once again Cornwell’s enormous skill as a historical narrator. He would have graced Alfred’s court entertaining the guests with his stories’
Daily Mail

‘Cornwell takes the spectres of ninth century history and puts flesh back on their bones. Here is Alfred's world restored – impeccably researched and illuminated with the colour and passion of a master storyteller’
Justin Pollard, author of ‘Alfred the Great’

'Bernard Cornwell is a literary miracle. Year after year, hail, rain, snow, war and political upheavals fail to prevent him from producing the most entertaining and readable historical novels of his generation.'
Daily Mail

'Cornwell's narration is quite masterly and supremely well-researched'
Observer