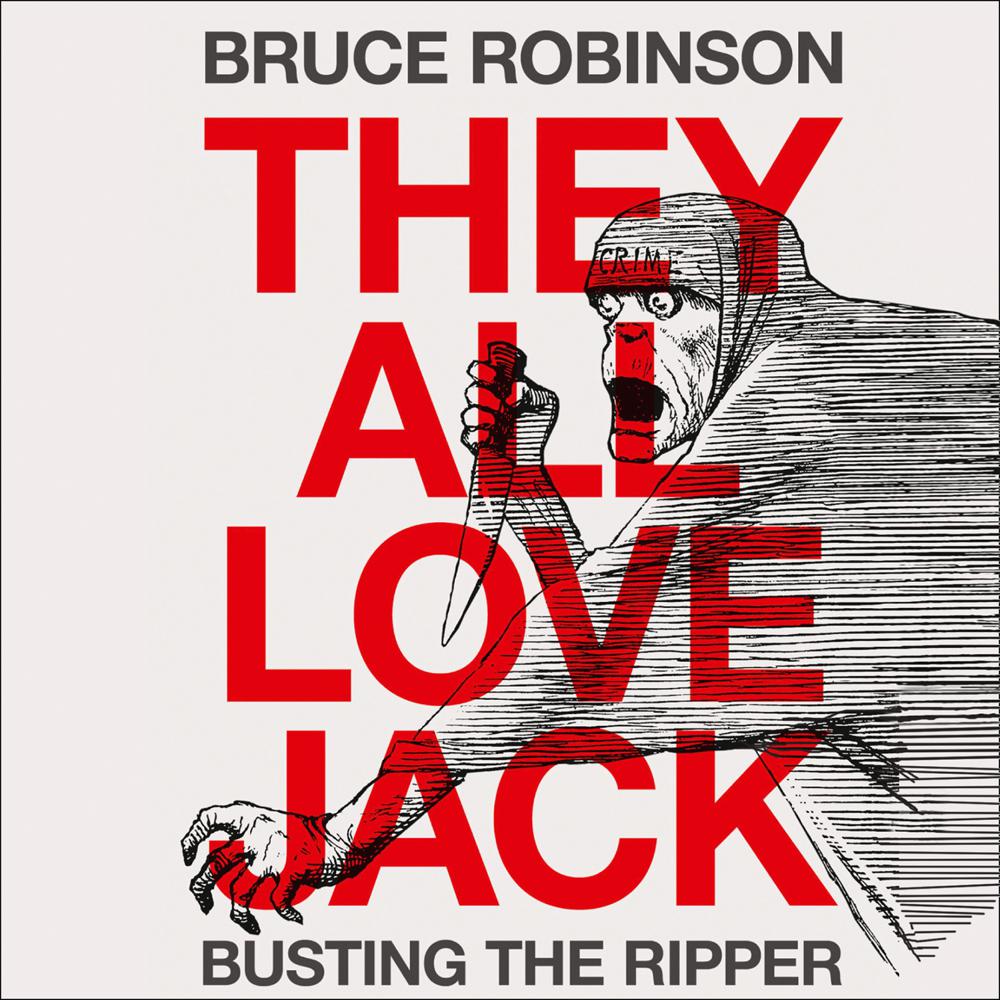 A book like no other – the tale of a gripping quest to discover the identity of history’s most notorious murderer and a literary high-wire act from the legendary writer and director of Withnail and I.

For over a hundred years, ‘the mystery of Jack the Ripper’ has been a source of unparalleled fascination and horror, spawning an army of obsessive theorists, and endless volumes purporting finally to reveal the identity of the brutal murderer who terrorised Victorian England.

But what if there was never really any ‘mystery’ at all? What if the Ripper was always hiding in plain sight, deliberately leaving a trail of clues to his identity for anyone who cared to look, while cynically mocking those who were supposedly attempting to bring him to justice?

In THEY ALL LOVE JACK, the award-winning film director and screenwriter Bruce Robinson exposes the cover-up that enabled one of history’s most notorious serial killers to remain at large. More than twelve years in the writing, this is much more than a radical reinterpretation of the Jack the Ripper legend, and an enthralling hunt for the killer. A literary high-wire act reminiscent of Tom Wolfe or Hunter S. Thompson, it is an expressionistic journey through the cesspools of late-Victorian society, a phantasmagoria of highly placed villains, hypocrites and institutionalised corruption.

Polemic, forensic investigation, panoramic portrait of an age, underpinned by deep scholarship and delivered in Robinson’s inimitably vivid and scabrous prose, THEY ALL LOVE JACK is an absolutely riveting and unique book, demolishing the theories of generations of self-appointed experts – the so-called ‘Ripperologists’ – to make clear, at last, who really did it; and more importantly, how he managed to get away with it for so long.

‘Rarely has a book on Jack the Ripper been written with such visceral anger: anger at Jack, at “Ripperology”, at the establishment, and anger at the police cover-up that allowed one of the world’s most infamous serial killers to remain free … One has to admire Robinson’s chutzpah. Most academic historians would break into a cold sweat at the very idea of publishing such an outrageous claim. But his research is undoubtedly impressive and has taken some 15 years … A bloody good read’ Guardian

‘Robinson’s achievement isn’t in revealing the Ripper but in writing the most involving, audacious and wonderfully bonkers book of the year’ Irish Times

‘A strange, mind-boggling mixture … Anyone coming blind to the book might think it a collaboration between Dr David Starkey and Johnny Rotten’ Mail on Sunday

‘Over the years, the figure of the Ripper has become commodified: a cartoon-like Victorian cheeky chappy who kills with a twinkle in his eye. Robinson reclaims the identity and humanity of the victims, and ensures that nobody who reads this remarkable book will ever forget the true circumstances of these crimes. Whether the Ripper was or was not Michael Maybrick, They All Love Jack performs a most valuable moral service’ Daily Telegraph

‘Robinson emerges with his conspiracy – and how he runs with it, with glee, with humour, with disgust and with a weight of research his own. Nobody has written this well on Jack the Ripper before’ Gavin Corbett, Irish Times

‘A painstaking yet visceral account of Jack the Ripper’s life, murders and legend that reads like a reaction from a recently aggrieved party rather than a work of history. Robinson’s line is unswerving, amusing and potent’ Monocle