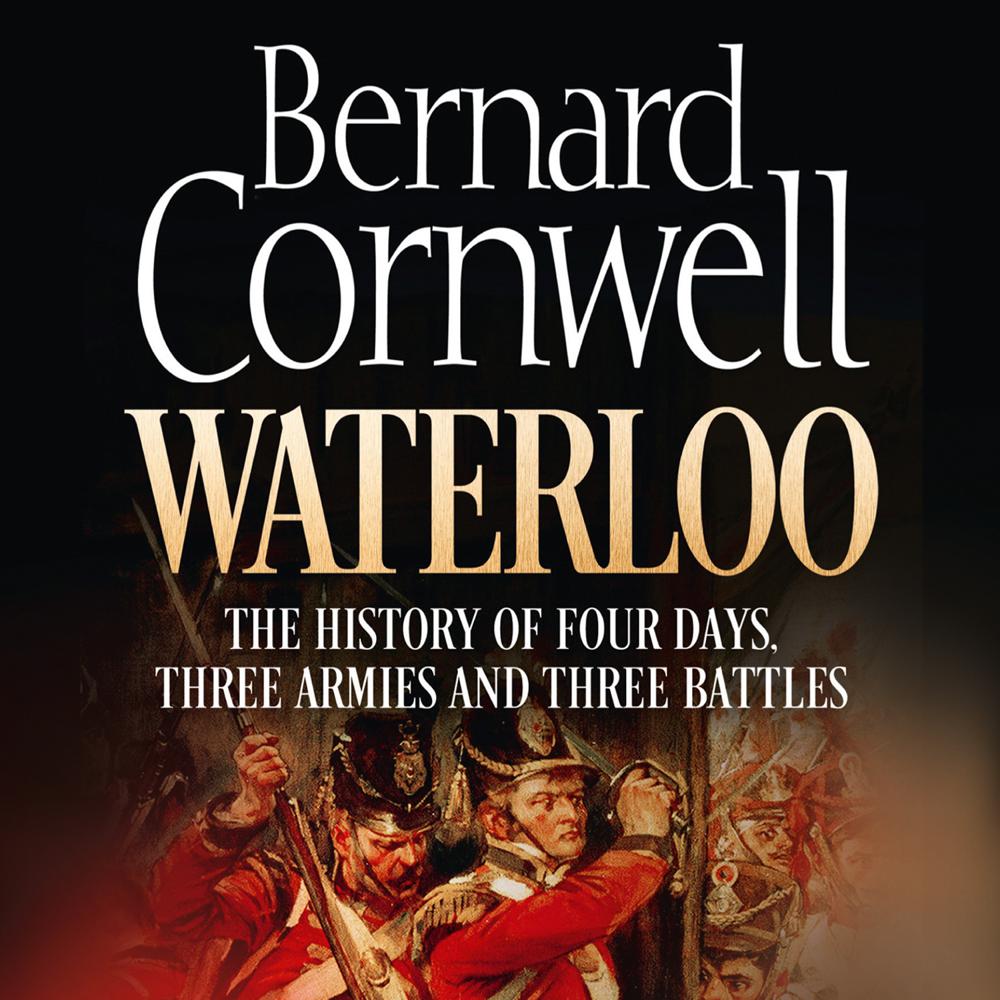 ‘Some battles change nothing. Waterloo changed almost everything.’

On the 18th June 1815 the armies of France, Britain and Prussia descended upon a quiet valley south of Brussels. In the previous three days the French army had beaten the British at Quatre-Bras and the Prussians at Ligny. The Allies were in retreat.

The blood-soaked battle of Waterloo would become a landmark in European history, to be examined over and again, not least because until the evening of the 18th, the French army was close to prevailing on the battlefield.

Now, brought to life by the celebrated novelist Bernard Cornwell, this is the chronicle of the four days leading up to the actual battle and a thrilling hour-by-hour account of that fateful day.

In his first work of non-fiction, Cornwell combines his storytelling skills with a meticulously researched history to give a riveting account of every dramatic moment, from Napoleon’s escape from Elba to the smoke and gore of the battlefields. Through letters and diaries he also sheds new light on the private thoughts of Napoleon and the Duke of Wellington, as well as the ordinary officers and soldiers.

Published to coincide with the bicentenary in 2015, Waterloo is a tense and gripping story of heroism and tragedy – and of the final battle that determined the fate of Europe.

‘[…] An account that is both vivid and scholarly. Readers new to the Waterloo campaign could hope for no better introduction, and veterans will find fresh insights.’ Independent

‘Cornwell is excellent on the minutiae of tactics […] he offers narrative clarity, and a sure grip on personalities and period.’ Max Hastings, The Sunday Times

‘An excellent first foray into non-fiction, and proof that good narrative history is no different from fiction – it’s all about the story.’ Evening Standard

‘Cornwell's narration is quite masterly and supremely well-researched.’ Observer