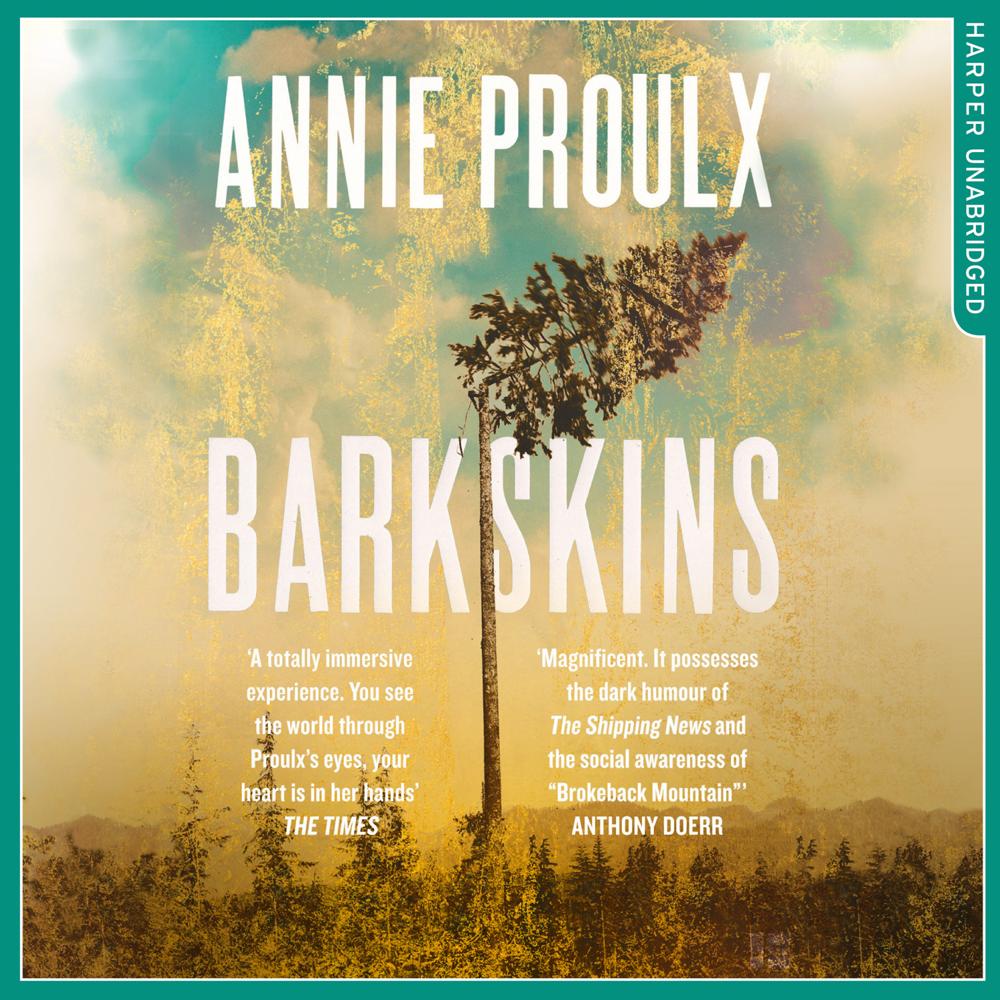 LONGLISTED FOR THE BAILEYS WOMEN’S PRIZE FOR FICTION 2017

From Annie Proulx, the Pulitzer Prize-winning author of The Shipping News and Brokeback Mountain, comes her masterwork: an epic, dazzling, violent, magnificently dramatic novel about the taking down of the world’s forests.

In the late seventeenth century two penniless young Frenchmen, René Sel and Charles Duquet, arrive in New France. Bound to a feudal lord, a “seigneur,” for three years in exchange for land, they become wood-cutters – barkskins. René suffers extraordinary hardship, oppressed by the forest he is charged with clearing. He is forced to marry a Mi’kmaw woman and their descendants live trapped between two inimical cultures. But Duquet, crafty and ruthless, runs away from the seigneur, becomes a fur trader, then sets up a timber business. Proulx tells the stories of the descendants of Sel and Duquet over three hundred years – their travels across North America, to Europe, China, and New Zealand, under stunningly brutal conditions; the revenge of rivals; accidents; pestilence; Indian attacks; and cultural annihilation. Over and over again, they seize what they can of a presumed infinite resource, leaving the modern-day characters face to face with possible ecological collapse.

Proulx’s inimitable genius is her creation of characters who are so vivid – in their greed, lust, vengefulness, or their simple compassion and hope – that we follow them with fierce attention. Annie Proulx is one of the most formidable and compelling American writers, and Barkskins is her greatest novel, a magnificent marriage of history and imagination.

‘Magnificent … might be her best book yet’ Anthony Doerr

‘Wonderful … A huge and brilliant novel, which takes us back to the uncompromising splendour of the natural world, and affirms Proulx’s reputation as one of the greatest and toughest prose stylists writing today’ TLS

‘Truly compelling … I quickly devoured it … Barkskins stays with you’ Stylist

‘An enthralling story … Forest ecology, indigenous culture, sea voyages, Dutch culture, colonial and Maori culture, the logging industry: all these subjects and many more are revealed through the adventures of her characters’ New Statesman

‘Many of the fine qualities we have come to look for and expect in Proulx’s writing are in evidence in Barkskins. There is comedy, grotesquery and quirkiness mixed in with startling moments of sadness and suffering … This is a big, ambitious novel that offers a new and cleverly indirect way of thinking about American history’ Financial Times

‘The pacing of her narrative, with each generation reflecting the further depredations of man against nature, its impact on the indigenous population and the twists and turns of colonial power, delivers a slowly gathering power, accented with the dread of irrevocable change’ Guardian, Book of The Week