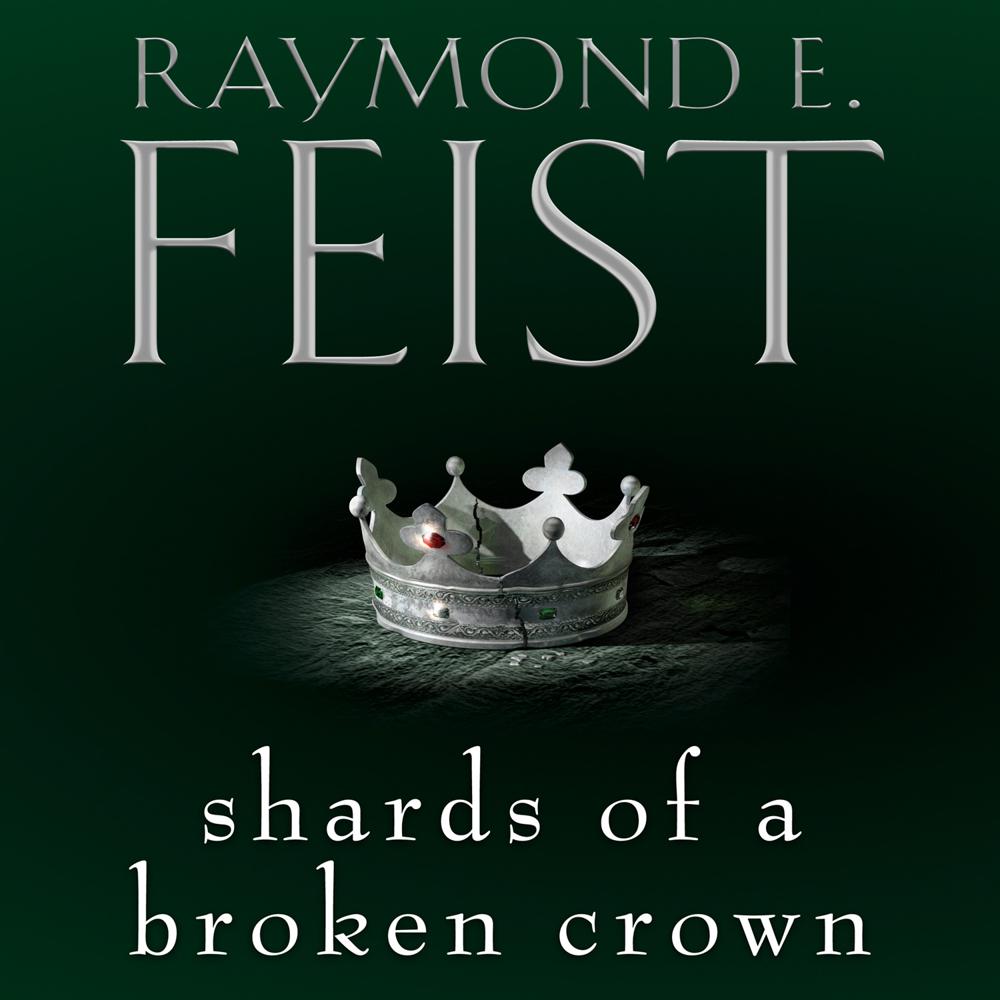 The demon has been defeated and the Kingdom rejoices as the threat to the existence of every living thing on Midkemia has passed, but out of the ashes of war new problems arise, in the brilliant sequel to Rage of a Demon King…

The demon is no more…

The enemy has been routed, yet peace still eludes the Kingdom. Midkemia lies in smouldering ruins following the Demon King’s siege. Many lives have been lost, including that of the brave James, Duke of Krondor.

As the people turn their hands to rebuilding their once great nation, a new threat arises from the ashes of war: the fearsome Fadawah, former Commanding General of the Army of the Emerald Queen. He has grasped the fallen reins of command and seeks to forge a personal empire out of the wreckage of the Western Realm.

And so it falls to two young men – Jimmy and Dash – grandsons of the late Duke, to gather together the shards of the broken crown and resurrect the Kingdom to its former glory.

Shards of a Broken Crown is the fourth and concluding book of the Serpentwar Saga.