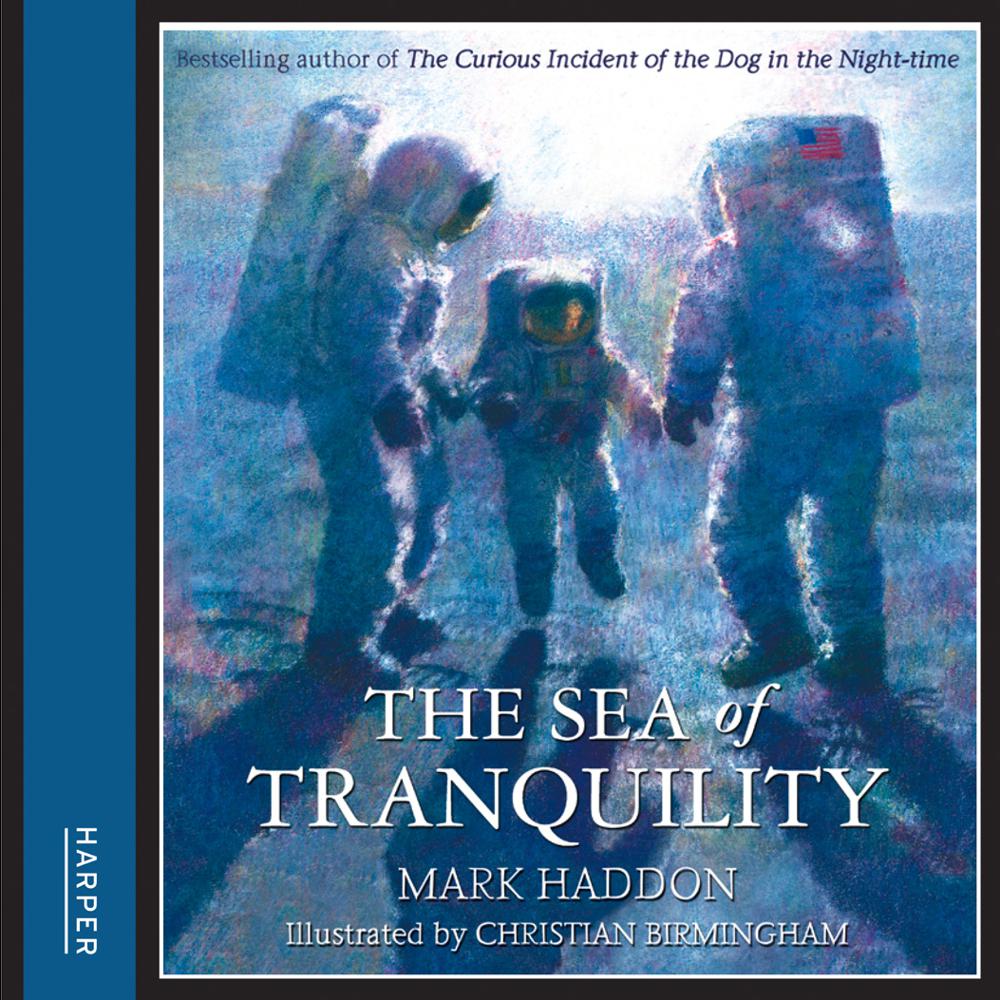 Leading up to the 40th anniversary of the first moon landing, the excitement of this momentous event is captured through the eyes of a child in this glorious picture book, reformatted with a new cover design. Mark Haddon is the prize-winning, highly-acclaimed author of the best-selling novel 'The Curious Incident of the Dog in the Night Time'.

Years ago there was a little boy who dreamed of rocketing to the moon, of landing on the crumbly rock and walking across the Sea of Tranquility.

He borrowed library books and read how astronauts had orbited the earth and walked in space. And every night he hoped that they would find a way to land on the moon and walk where he had dreamed of walking. And eventually, one cloudless night, they did…

‘A touching recollection, evocatively illustrated, of a child’s-eye view of the moon and the excitement and wonder he felt when the first moon landing took place.’ Guardian

‘It is back to July 16 1969 for Mark Haddon’s The Sea of Tranquility. Apollo II’s giant leap for mankind is re-lived through the wondering imagination of a small boy and Christian Birmingham’s dream-like celestial pastels. ‘Financial Times

‘The deliciously enchanting text is complemented by Christian Birmingham’s exquisite pastel illustrations, which capture the awe and mystery that the moon had for this small boy.’ Books for Keeps

The extraordinary dream quality of the illustrations … give this book a real feel of awe and wonder. A terrific book…’ Junior Education