House is Full of Yogis
Will Hodgkinson, Read by Thomas Judd 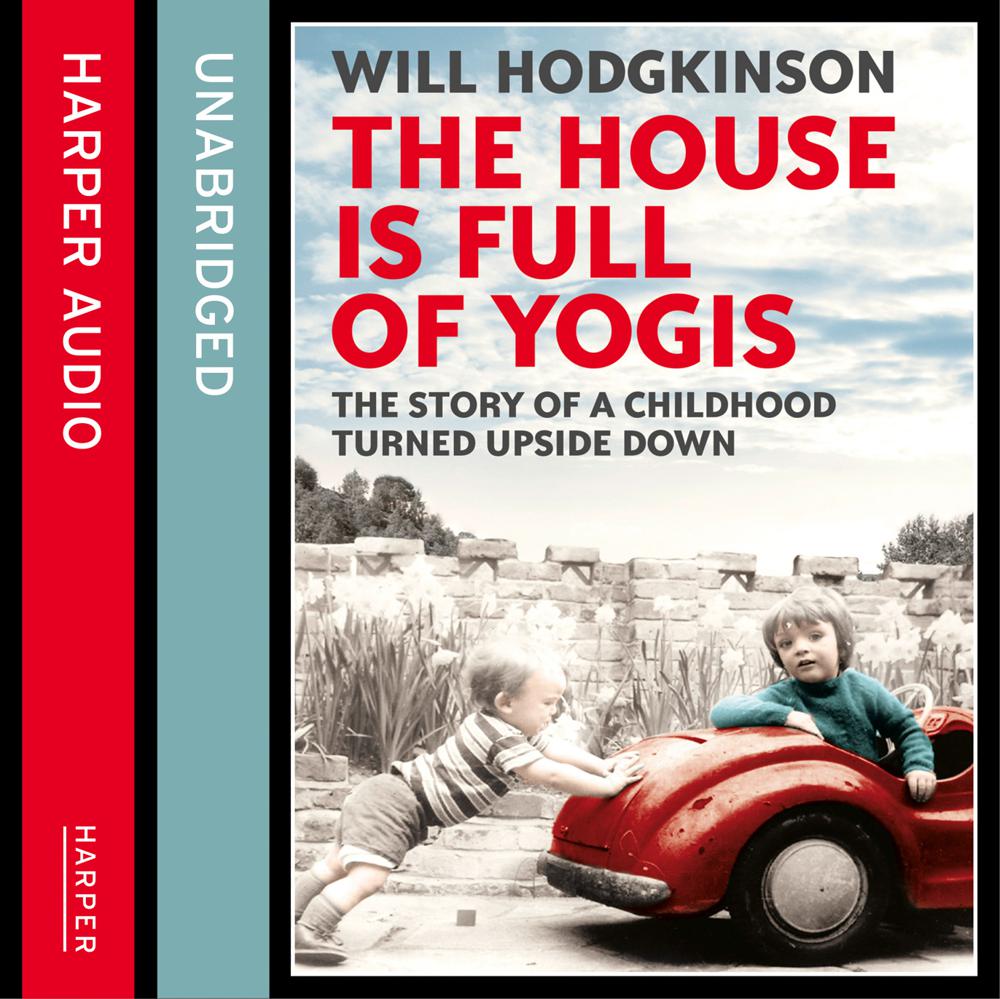 A witty memoir about the trials of adolescence, the tribulations of family life and the embarrassment that ensues from having larger-than-life parents

Neville and Liz Hodgkinson bought into the Thatcherite dream of home ownership, aspiration and advancement. The first children of their working class parents to go to university and have professional careers, they lived in a semi-detached house in Richmond, sent their sons Tom and Will to private school, and went on holiday to Greece once a year. Neville was an award-winning science writer and Liz was a high-earning tabloid hack.

Then a disastrous boat holiday, followed by a life-threatening bout of food poisoning from a contaminated turkey, led to the search for a new way of life.

Nev joined the Brahma Kumaris, who believe evolution is a myth, time is circular, and a forthcoming Armageddon will make way for a new Golden Age. Out went drunken
dinner parties and Victorian décor schemes; in came large women in saris meditating in the living room and lurid paintings of smiling deities on the walls. Liz took the arrival of the Brahma Kumaris as a chance to wage all-out war on convention, from announcing her newfound celibacy on prime time television to writing books that questioned the value of getting married and raising children.

By an unfortunate coincidence, this dramatic and highly public transformation of the self coincided with the onset of Will’s adolescence. This is his story.

‘An affecting, and very funny, evocation of adolescence’ Telegraph

‘A My Family and Other Middle-Class Animals let loose in the jungle of Thatcher’s suburban Britain. The result is a howlingly entertaining memoir that is raw, affectionate and, unbelievably, true’ The Sunday Times

‘I have been banned from reading in bed as it makes me laugh out loud too much … Punishingly funny, and wonderfully written’ Rachel Johnson, Mail on Sunday

‘Thoughtful, heartfelt and so well drawn … [It] deserves to become as well loved as My Family and Other Animals’ Travis Elborough, author of London Bridge in America

‘I laughed until I levitated’ Jarvis Cocker