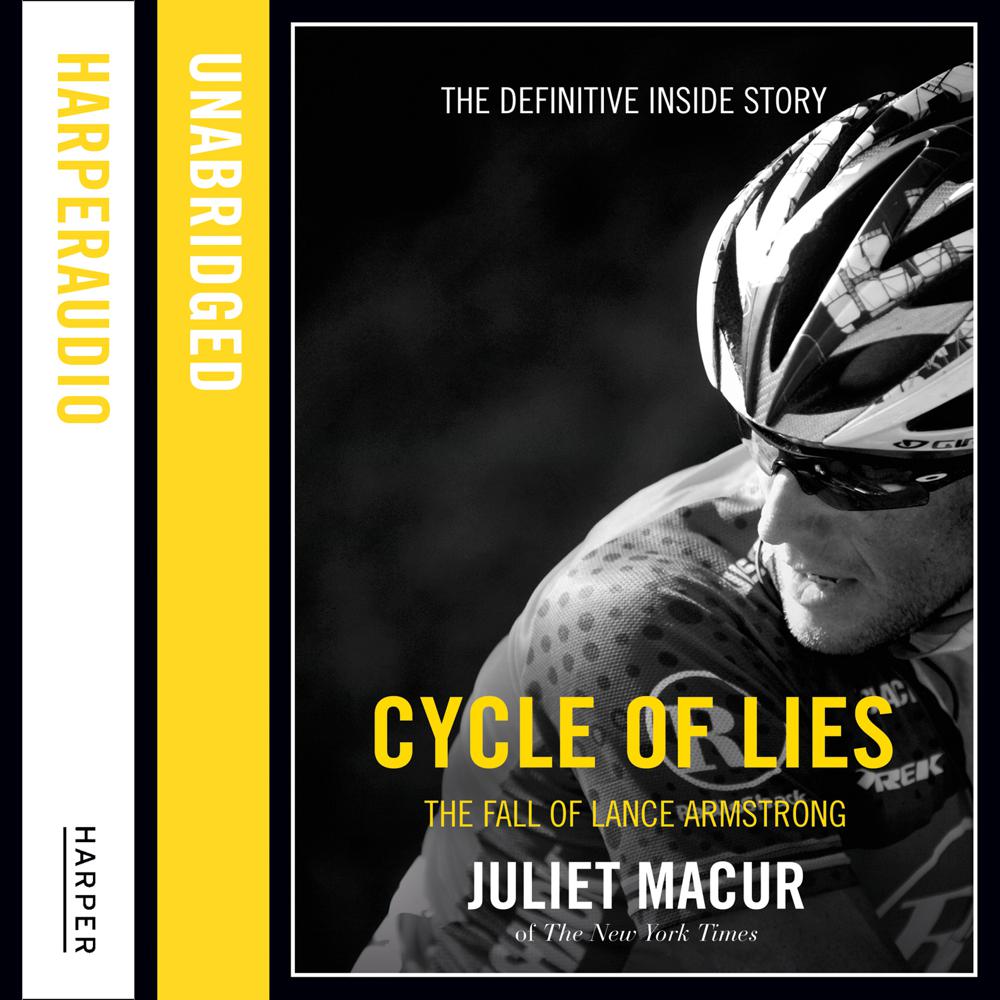 A fly-on-the-wall account of the Lance Armstrong doping scandal – the greatest drama in modern sporting history by the New York Times cycling correspondent.

As Lance Armstrong’s precipitous fall from grace continues, New York Times sports reporter Juliet Macur takes the reader behind the scenes to bring you the astonishing twists and turns of an outrage that has rocked the world of cycling.

With unprecedented access to the key players in the drama – from Armstrong’s fellow cyclists and top cycling officials to doctors, trainers and wives – ‘Cycle of Lies’ reveals how Armstrong built a fortress of people around him to protect his image and upend the lives of anybody who stood in his way.

As America’s fallen idol faces potential perjury charges, ‘Cycle of Lies’ widens the focus to expose corruption at all levels of the sport in a thrilling work of contemporary narrative history.

‘Riveting … Why did he do it?” is clearly the first question begging for an answer. And “How did he get away with it for so long?” is another. Macur investigates both exhaustively and the result is a tale right out of ancient Greece – the demi-god with the fatal flaw’ Toronto Star

‘Macur is a fine writer and a tireless reporter’ Observer

‘Her well-researched book pays testimony to the determination of a large group of people, those used and cast aside by Armstrong, who found the courage to stand up to the bully … That he was still arrogant enough to try to get her to change the title of ‘Cycle of Lies’ speaks volumes for his self-centred nature and Macur’s determination as a journalist to stick with what she believed to be the truth’ Eastern Daily Press

‘Macur offers plenty that is new and is capable of holding your interest … Compared with the other recent Armstrong books – ‘The Secret Race’, ‘Seven Deadly Sins’ and ‘Wheelmen’ – ‘Cycle of Lies’ is the one to read if you want the whole story nailed in a clear and concise narrative … But it is also a book that can be quite subtle at times and contains moments of beauty … a rewarding read’ Podium Cafe