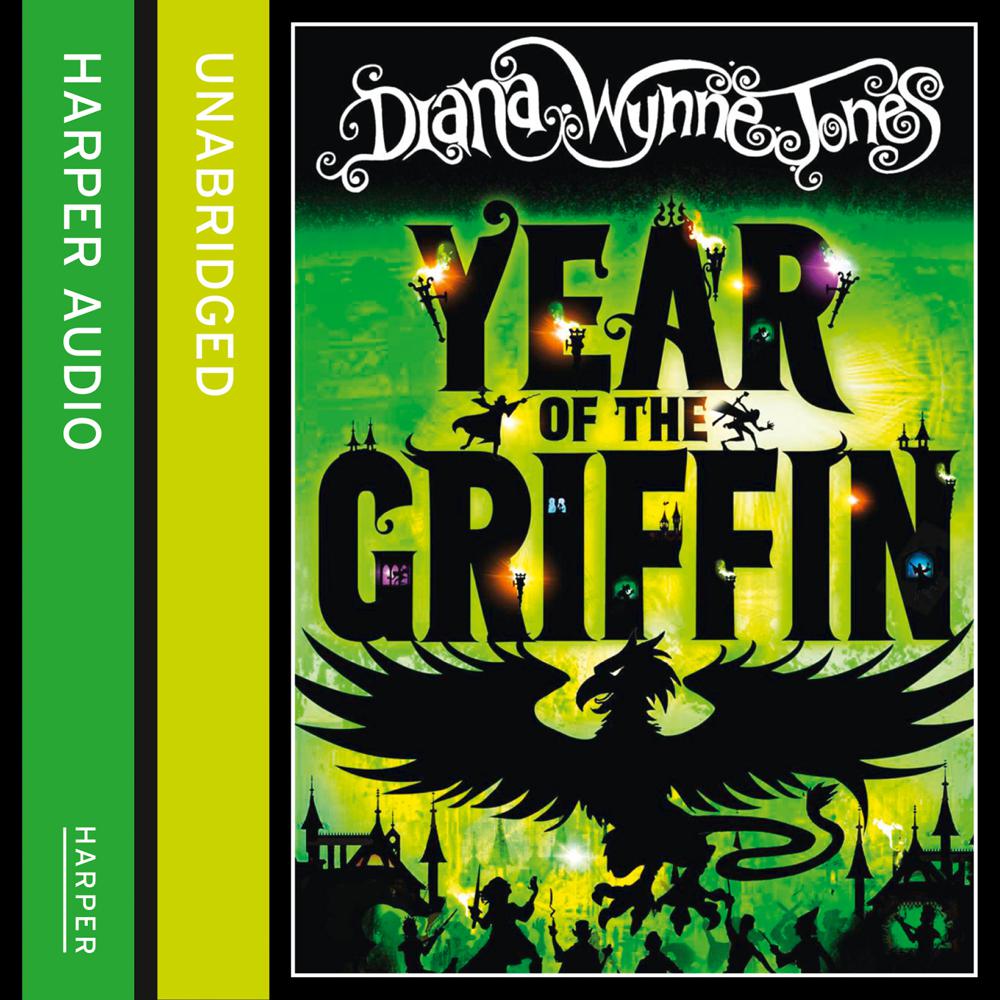 A hilarious fantasy sequel to The Dark Lord of Derkholm, set at the University after the ‘fantasy world’ tours have stopped, and centred around 6 students (one a Griffin) and the bumbling new University Head Wizard. From the ‘Godmother of Fantasy’, Diana Wynne Jones.

The Year of the Griffin is the sequel to the Dark Lord of Derkholm, set in the same world several years after the abolition of commercial ‘fantasy world’ tourism from our world.

The University now aims to produce competent wizards to repair the damage caused by the tours. It’s broke, and out of date in terms of what it teaches. The new head, Wizard Corkoran, is obsessed with becoming the first man to visit the moon so is mostly preoccupied, and the new faculty is mostly inexperienced.

Wizard Corkoran has selected children from wealthy families to fill his own first-year classes, hoping to beg for money. But his students turn out to be more than he expected in oh-so-many ways, and despite the incompetence of their teacher, it falls to them to save the university… and themselves…

For Diana Wynne Jones:
“…Her hallmarks include laugh-aloud humour, plenty of magic and imaginative array of alternate worlds. Yet, at the same time, a great seriousness is present in all of her novels, a sense of urgency that links Jones’s most outrageous plots to her readers’ hopes and fears…”
Publishers Weekly

For The Merlin Conspiracy:
“The characterisation is first rate, the ideas are fabulous … This is fantasy at its most inventive – canny, funny and far-reaching.” The Telegraph

“A curiosity shop of a book … a pleasure to lose yourself in.” The Sunday Times

“The Merlin Conspiracy is Wynne Jones on top form … [her] powerful narrative and her ability to create extraordinary charachers with real emotions make her more than a worthy rival to J K Rowling.” Financial Times

“A must for all Wynne Jones fans, past, present and future.” Limited Edition