This Other London
John Rogers, Foreword by Brand, Read by John Rogers and Russell Brand 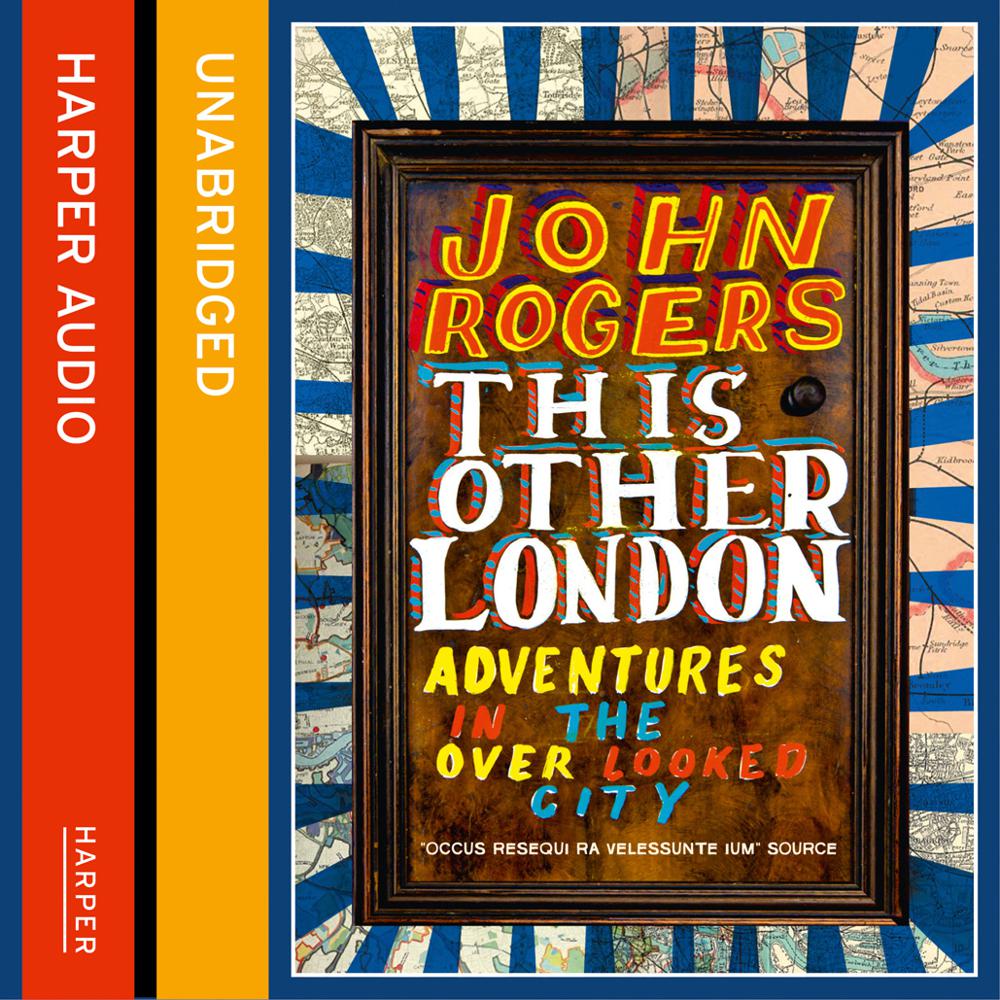 Join John Rogers as he ventures out into an uncharted London like a redbrick Indiana Jones in search of the lost meaning of our metropolitan existence. Nursing two reluctant knees and a can of Stella, he perambulates through the seasons seeking adventure in our city’s remote and forgotten reaches.

When John Rogers packed away his rucksack to start a family in London he didn’t stop travelling. But instead of canoeing up the Rejang River to find retired headhunters in Sarawak, he caught the ferry to Woolwich in search of the edge of the city at Crayford Marshes.

This Other London recounts that journey and many others – all on foot and epic in their own cartilage-crunching way. Clutching a samosa and a handful of out-of-date A-Zs, he heads out into the wilderness of isolated luxury apartment blocks in Brentford, the ruins of Lesnes Abbey near Thamesmead, and the ancient Lammas Lands in Leyton.

Denounced by his young sons as a ‘hippy wizard’, Rogers delves into some of the overlooked stories rumbling beneath the tarmac of the city suburbs. Holy wells in Lewisham; wassailing in Clapton; a heretical fresco in West Ham. He encounters the Highwaymen of Hounslow Heath, Viet Cong vets still fighting Stanley Kubrick’s Full Metal Jacket in Beckton, Dutch sailors marooned at Erith pier; and cyclists – without Bradley Wiggins’ sideburns – at Herne Hill Velodrome. He heads out to Uxendon Hill to witness the end of the world, Horsenden Hill to learn its legend, and Tulse Hill to the observatory of the Victorian Brian Cox.

This Other London will take you into the hinterland of the city. The London that is lived in; the London where workaday dormitory suburbs sit atop a rich history that could rival Westminster and Tower Bridge. In an age when no corner of the globe has been left untrampled-upon by hordes of tourists, it is time to discover the wonders on our doorstep.

This Other London is your gateway through the underexplored nooks of London. As Pathfinder wrote in 1911, ‘Adventure begins at home’.

‘Leave the Oyster card at home and set out in your walking shoes with Rogers as a companion – and be prepared to see London in a whole new way.’ Time Out

‘Rich with surprises …Rogers conjured up magical little worlds that we would otherwise pass by.’ Metro

‘The author’s love of exploration is infectious. Anyone who reads This Other London will find themselves with an unexpected itch to visit the Welsh Harp Reservoir or Hounslow Heath … [John Rogers is] the Brian Cox of topology, inspiring wonder and curiosity.’ Londonist

‘John is endowed with a gentle, humorous wisdom, which is evident throughout these pages… You, like me, could have no better guide than the man who has written this book.’ Russell Brand