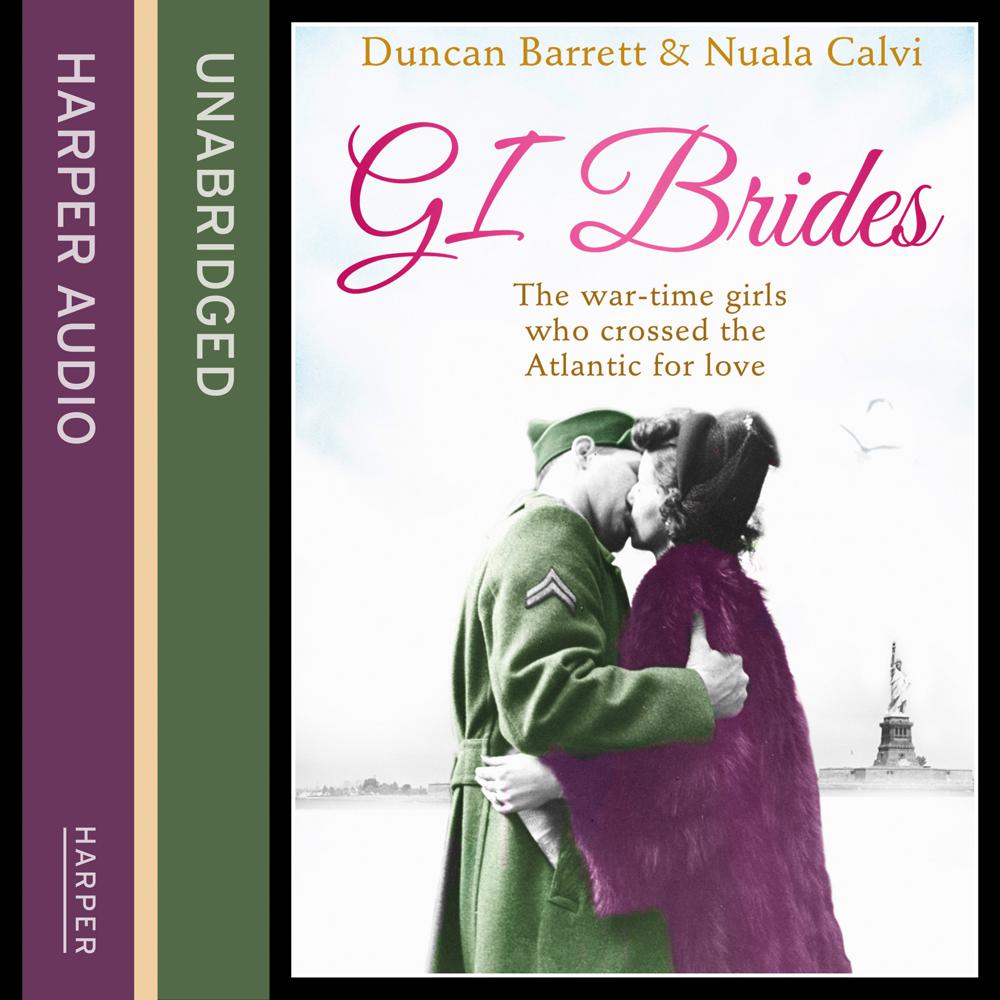 From the bestselling authors of The Sugar Girls, G.I. Brides weaves together the real-life stories of four women who crossed the ocean for love, providing a moving true tale of romance and resilience.

The ‘friendly invasion’ of Britain by over a million American G.I.s caused a sensation amongst a generation of young women deprived of male company during the Second World War. With their exotic accents, smart uniforms and aura of Hollywood glamour, the G.I.s soon had the local girls queuing up for a date, and the British boys off fighting abroad turning green with envy.

But American soldiers offered something even more tantalising than a ready supply of chocolate, chewing gum and nylon stockings. Becoming a G.I. bride provided an escape route from Blitz-ravaged Britain, an opportunity for a whole new life in America – a country that was more affluent, more modern and less class-ridden than home.
Some 70,000 G.I. brides crossed the Atlantic at the end of the war to join the men who had captured their hearts – but the long voyage was just the beginning of a much bigger journey.

Once there, the women would have to adapt to a foreign culture and a new way of life thousands of miles away from family and friends, with a man they hardly knew out of uniform. Some struggled with the isolation of life in rural America, or found their heroic soldier was less appealing once he returned to Civvy Street. But most persevered, determined to turn their wartime romance into a lifelong love affair, and prove to those back home that it really was possible to have a Hollywood ending.

‘Apart from the strength of the individual stories, one of the richest things about this book is the detail: the atmosphere on the rackety old ships which took the war brides across the Atlantic; the hideous, humiliating medical inspections they had to endure before being deemed fit to enter the USA; the dreadful anxiety of waiting for men who had promised to meet them on arrival, but didn’t show up…’ Bel Mooney, Daily Mail