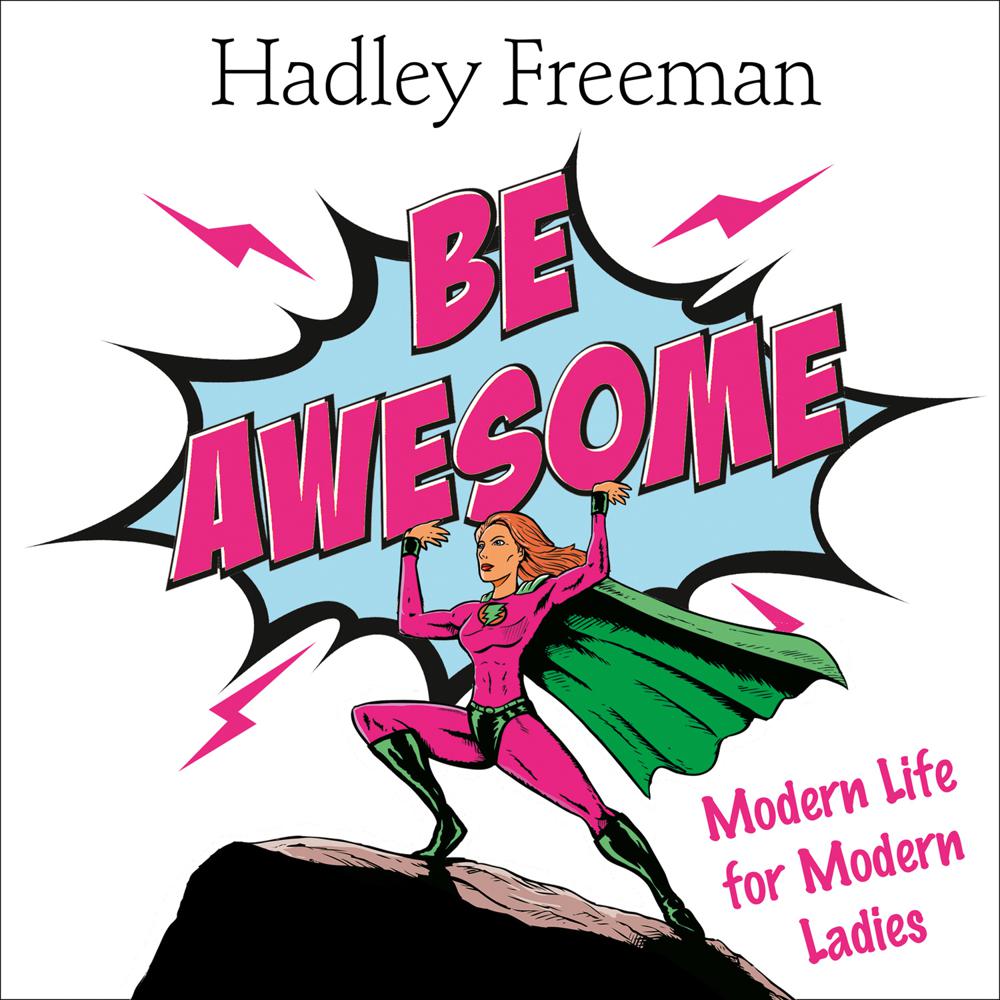 Hadley Freeman, Guardian features writer and author of the popular ‘Ask Hadley…’ column, presents the modern lady with twenty-three essays that remind us to BE AWESOME.

‘Being single is often awesome. You can leave a party when you want to, whether that be 9pm or 9am; you don't have to live in fear of ever hearing yourself described as “my better half”; and you can spend all day lying on the sofa in your pajamas watching Murder She Wrote and eating peanut butter straight out of the jar’

Covering topics vital for any modern woman to consider (from ‘How to read women’s magazines without wanting to grow a penis’ to ‘Beyond the armpit: a guide to being a modern day feminist’), Be Awesome tackles body image, sex, dating and feminism head on.

With an attitude that is unfalteringly funny, smart and surprisingly heartwarming, Hadley Freeman is a voice of sanity that every woman should hear.

‘Freeman manages to be both scathing and serious about being awesome in a way no British writer could … The writing is fresh, original. It is tempting to gorge on this collection at breakneck speed. But it works better as a series of witty polemics on women’s place in society’ Observer

‘Reading this memoir-cum-conversation is like sitting in a pub with a group of girlfriends, setting the world to rights and suddenly becoming aware of another group talking about the same issues — hair removal, abortion, the tyranny of tiny knickers, the state of female sexuality — only they are more raucous, cooler, ruder and more intellectually engaged’ Sunday Times

‘Freeman writes with real passion and cold fury … and she writes warmly and kindly about dating, sex and how to cope when all your friends suddenly disappear into the baby-making void … it’s good to know you have someone that fearless, funny and – yes - awesome in your corner’ Stylist Magazine, Book Wars

‘Though angry she is rueful, though witty she admits her complicity. Fiercely she recommends books, films, female role models, sexual attitudes and nutritional advice to women marching along the high road towards redemption’ The Times