Everything and Nothing
Araminta Hall, Read by Amy Elton 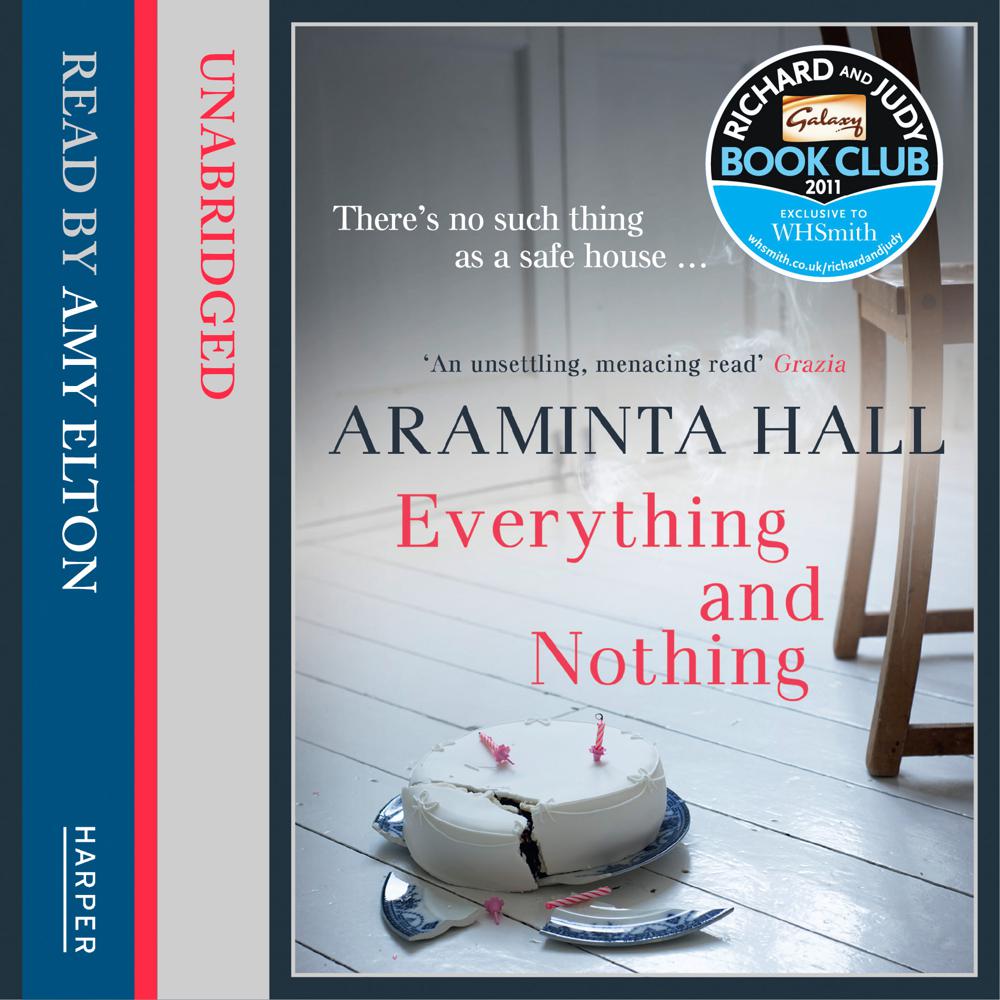 Cupboards were sticky from spilt jam and honey, and the oven smoked when you turned it on because of the fat that had built up over the years. Agatha would never, ever let her future home end up like this. She would never leave it every day like Ruth did. She would never put her trust in strangers.

Ruth and Christian are – just – holding their marriage together, after Christian's disastrous affair a year ago. But chaos beckons, and when the family are suddenly left without any childcare, Agatha comes into their lives to solve all their problems. But Agatha is not as perfect as she seems and her love for the children masks a deeper secret.

Everything and Nothing is a stunningly assured debut, superbly evoking an atmosphere of inexorable and sinister menace that builds to a mesmerising climax in a story that is, at its heart, about thwarted and damaged love.

‘An assured debut takes the Mary Poppins myth and turns it into a menacing tale of the enemy invited in… Araminta Hall has turned the perfect nanny trope into something much more disturbing. Imagine a mash-up of Mary Poppins with Stephen King and you get the general idea… What makes this smartly written first novel so disturbing is its moral ambiguity; Hall keeps us engaged with all the characters, even the duplicitous Agatha, right up until the end. I suspect that this will be the first of what promises to be a new genre: the nanny chiller.’ Daisy Goodwin, lead fiction review, The Sunday Times

‘Chilling and suspenseful’ The Sun’s ‘Best of 2011’ book picks

‘A suspenseful and emotive examination of a family in meltdown…Hall’s tale is told assuredly and touches on the darkness, tensions and unhappiness behind the facade of daily family life. It’s a skilfully executed debut novel that nestles perfectly alongside the dark, nuanced psychological thrills of Daphne du Maurier and Sophie Hannah.’ Waterstones Books Quarterly

'”Everything and Nothing” is a beautifully written, completely gripping novel that plays on the unsettling notion that sometimes the least safe place is your very own home.' Emily Mortimer