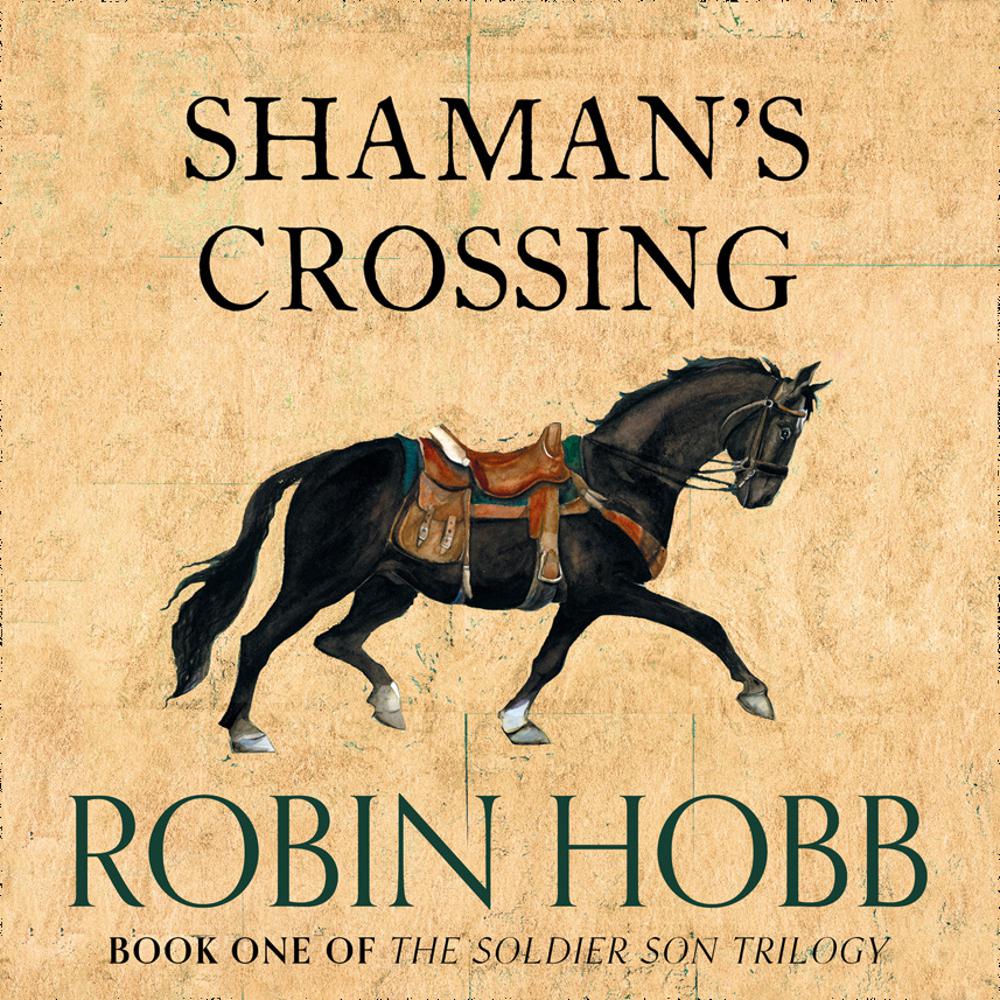 The first book in the Soldier Son trilogy, from the author of the Farseer, Liveship Traders and Tawny Man trilogies.

Young Nevare Burvelle is the second son of a second son. Traditionally in Gernia, the firstborn son is heir to the family fortunes, the second son bears a sword and the third son is consecrated to the priesthood. Nevare will follow his father – newly made a lord by the King – into the cavalry; to the frontier and thence to an advantageous marriage, to carry on the Burvelle name. It is a golden future, and Nevare looks forward to it with relish.

For twenty years King Troven's cavalry have pushed the frontiers of Gernia out across the grasslands, subduing the fierce tribes of the plain on its way. Now they have driven the frontier as far as the Barrier Mountains, home to the enigmatic Speck people. The Specks – a dapple-skinned, forest-dwelling folk – retain the last vestiges of magic in a world which is becoming progressive and technologised. The 'civilised' peoples base their beliefs on a rational philosophy founded on scientific principle and a belief in the good god, who displaced the older deities of their world. To them, the Specks are primeval savages, little better than beasts. Superstitions abound; it is said that they harbour strange diseases and worship trees. Sexual congress with them is regarded as both filthy and foolhardy: the Speck plague which has ravaged the frontier has decimated entire regiments.

All these beliefs will touch Nevare's training at the Academy; but his progress there is not as simple as he would wish. He will experience prejudice from the old aristocracy: as the son of a 'new noble' he is segregated into a patrol comprising other new nobles' sons, all of whom will encounter injustice, discrimination and foul play in that hostile and deeply competitive environment. In addition, his world view will be challenged by his unconventional girl-cousin Epiny; and by the bizarre dreams which visit him at night. And then, on Dark Evening, the circus comes to Old Thares, bringing with it the first Specks Nevare has ever seen…

Praise for The Liveship Traders series:

‘Even better than the Assassin books. I didn’t think that was possible’
George R R Martin

A truly extraordinary saga… the characterizations are consistently superb, and [Hobb] animates everything with love for and knowledge of the sea. If Patrick O’Brian were to turn to writing high fantasy, he might produce something like this.’
BOOKLIST

‘A wonderful book, by a writer at the height of her abilities’
J V Jones