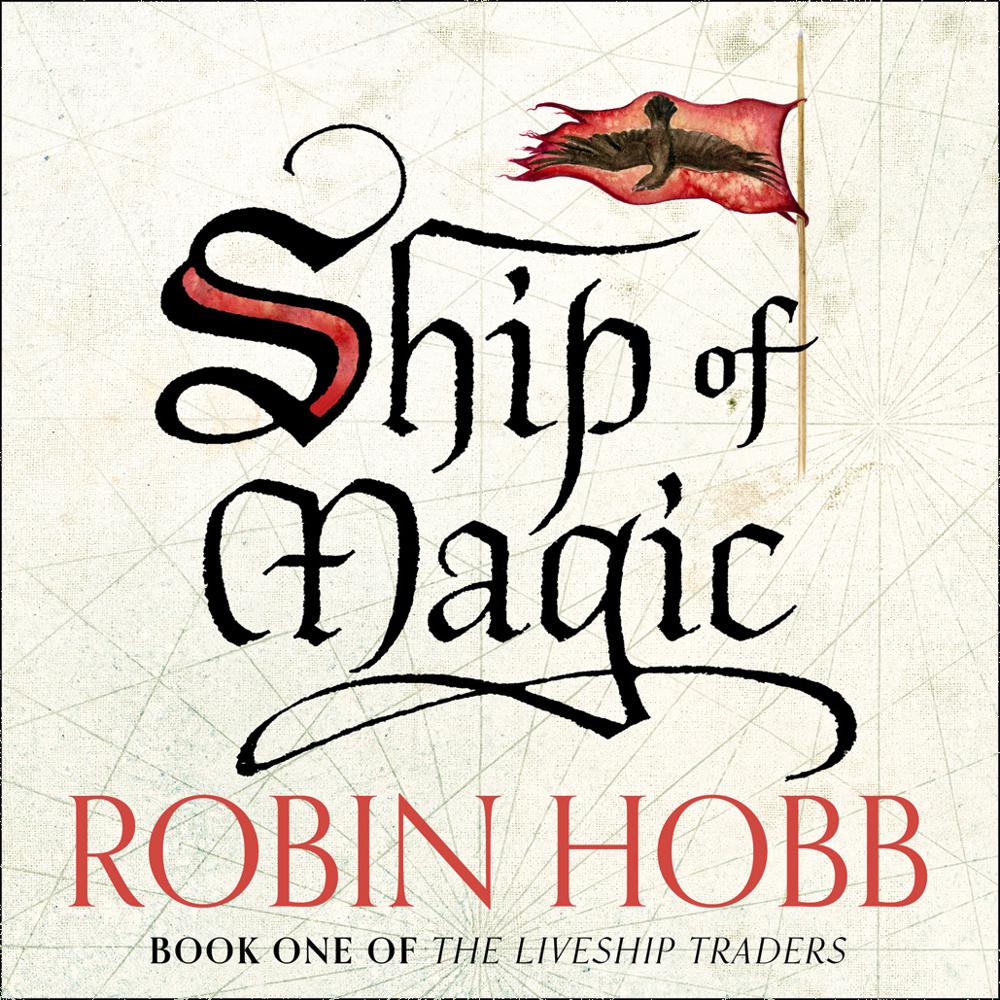 From the author of the classic Farseer trilogy, Ship of Magic is the first part of the Liveship Traders. Set in a land bordering the Six Duchies, Robin Hobb begins her epic of pirates, talking ships, magic, sea serpents, slave revolts, dashing heroes and bloody battles.

Wizardwood, a sentient wood. The most precious commodity in the world. Like many legendary wares, it comes only from the Rain River Wilds.

But how can one trade with the Rain Wilders, when only a liveship, fashioned from wizardwood, can negotiate the perilous waters of the Rain River? Rare and valuable, a liveship will quicken only when three members, from successive generations, have died on board. The liveship Vivacia is about to undergo her quickening, as Althea Vestrit’s father is carried on deck in his death-throes. Althea waits for the ship that she loves more than anything else in the world to awaken. Only to discover that the Vivacia has been signed away in her father’s will to her brutal brother-in-law, Kyle Haven. . .

Others plot to win, or steal, a liveship. The Paragon, known by many as the Pariah, went mad, turned turtle and drowned his crew. Now he lies, blind, lonely and broken on a deserted beach. But greedy men have designs to restore him, to sail the waters of the Rain Wild River once more.