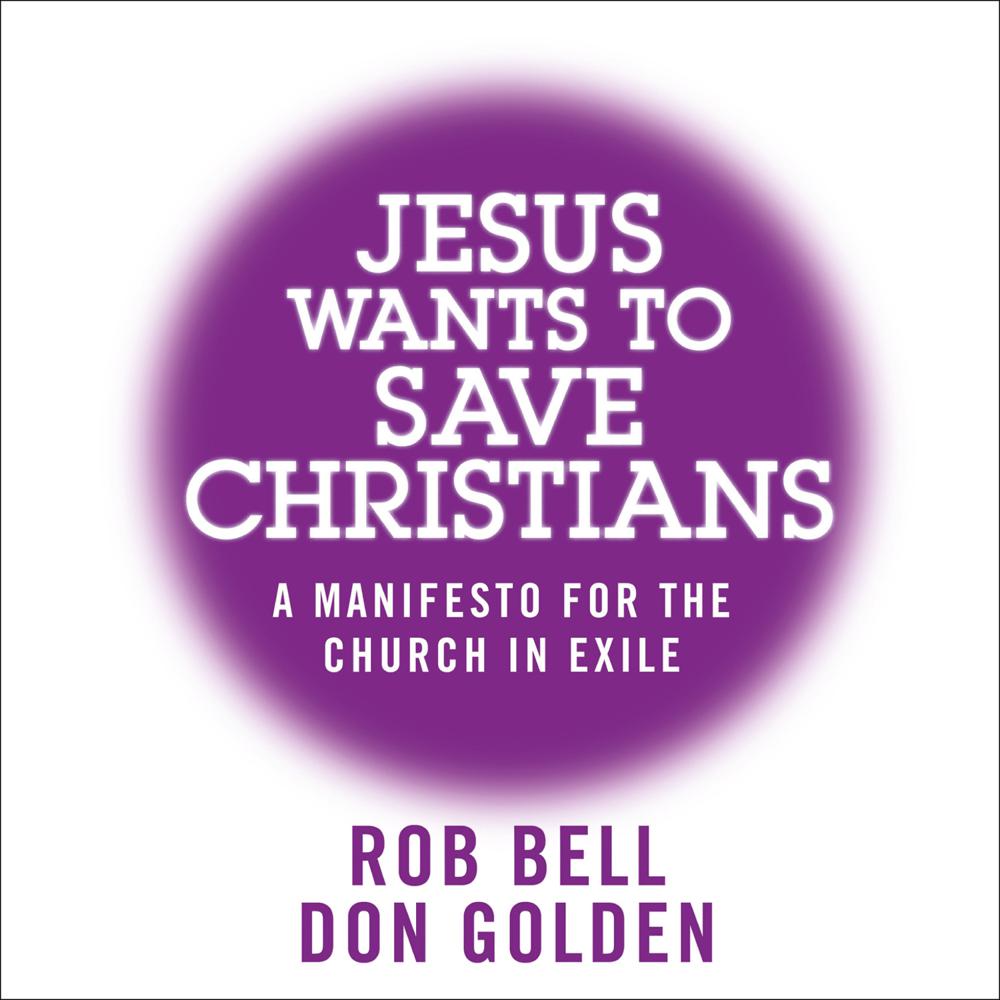 Rob Bell’s highly-praised third book, Jesus Wants to Save Christians, is his most political yet. Published as part of the Rob Bell Classics relaunch, this is an inspiring call-to-arms for Christians to tackle poverty, inequality and oppression.

‘There is a church not too far from us that recently added a $25 million addition to their building,’ writes Rob Bell. ‘Our local newspaper ran a front-page story not too long ago about a study revealing that one in five people in our city lives in poverty. This is a book about those two numbers.’

Jesus Wants to Save Christians is a book about faith and fear, wealth and war, poverty, power, safety, terror, Bibles, bombs, and homeland insecurity.

‘The author of Velvet Elvis and Sex God teams up with fellow pastor Golden to write a manifesto that packs as much sociopolitical zing as rhetorical punch. If Americans today miss the central message of the Bible, say the authors, the reason is that the United States is an empire like those described in Scripture that build powerful armies and seek to protect what they accumulate rather than promote justice and mercy. Chapter titles such as "Swollen-bellied black babies, soccer moms on Prozac, and the mark of the beast" will provoke many readers. Likely to get a bigger rise is the suggestion that when the Bible says enemies will one day worship together, that includes today's enemies, the Taliban and al-Qaeda… This dramatic book is politically charged but not party-bent, bearing a message evangelicals need: that Jesus didn't come just to save people for heaven someday but to transform his followers and the physical world now.’ (Publishers Weekly)

‘Bell fights every impulse in our culture to domesticate Jesus [and] challenges the reader to be open to surprise, mystery and all of the unanswerables… Bell has given theologically suspicious Christians new courage to bet their life on Jesus Christ.’ (Christian Century)

‘Claiming that some versions of Jesus should be rejected, particularly those used to intimidate and inspire fear or hatred, Bell persuasively interprets the Bible as a message of love and redemption. . . . His style is characteristically concise and oral, his tone passionate and unabashedly positive.’ (Publishers Weekly)

‘One of the nation’s rock-star-popular young pastors, Rob Bell, has stuck a pitchfork in how Christians talk about damnation.’ (USA Today)