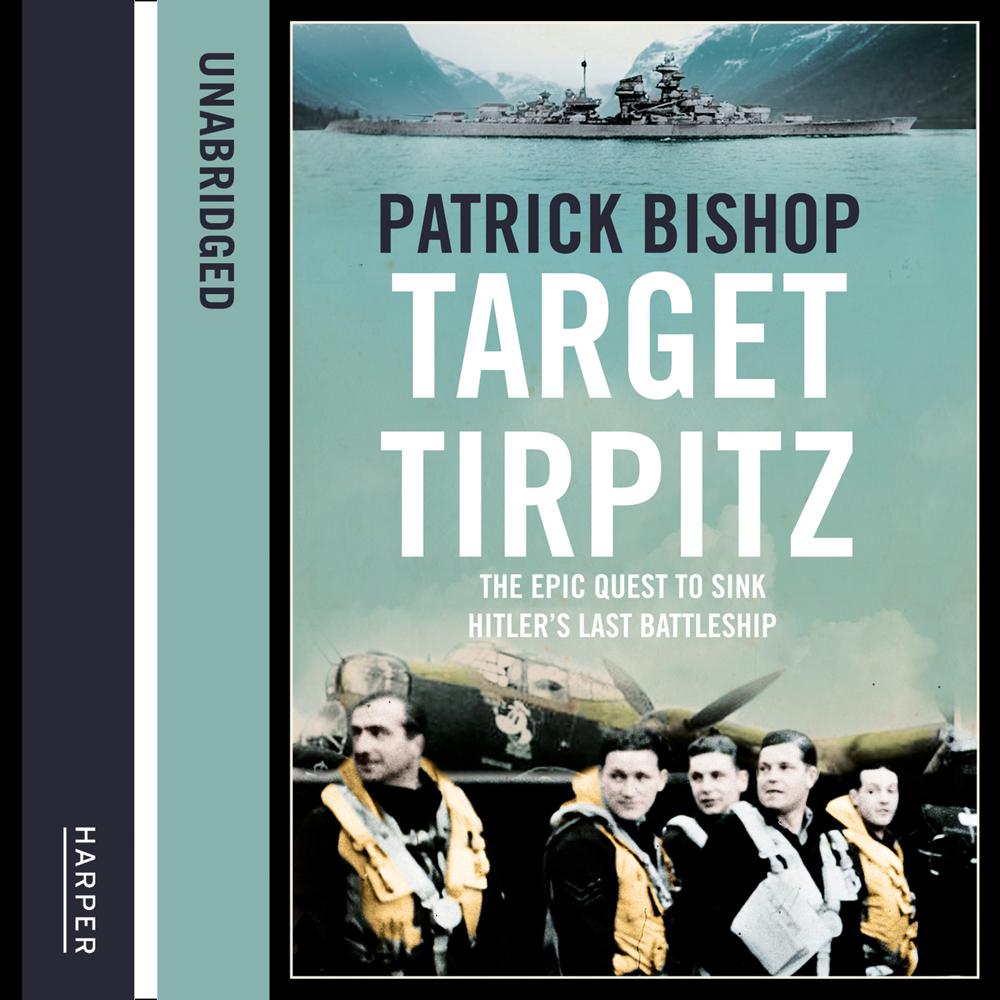 From best-selling author of Bomber Boys, an account of the epic hunt for Hitler’s most terrifying battleship – the legendary Tirpitz – and the brave men who risked their lives to attack and destroy this most potent symbol of the Nazi’s fearsome war machine. Like Operation Mincemeat, this is gripping WW2 storytelling at its best.

The Tirpitz was the pride of Hitler’s navy, the largest and most powerful battleship in Europe. To Churchill she was ‘the Beast,’ a menace to Britain’s supply lines and a threat to the convoys supplying Stalin’s armies. To those who sailed in her she seemed impregnable, an ‘Iron Castle’ that could withstand any bomb or torpedo.

Tirpitz haunted the imaginations of the men directing Britain’s war. The prospect that she might set up base on the French Atlantic coast led to the raid on St Nazaire, one of the most dramatic actions of the war. Plan after plan was hatched to send her to the bottom. From the first days, she was subjected to air attack but it was soon clear the RAF did not have the bombs to sink her. Nor were the torpedoes of the Fleet Air Arm any more effective. The failures forced attention onto unorthodox weapons. In 1942 ‘human torpedo’ teams launched a high-risk operation that ended in gallant failure. The following year, midget submarines carried out a daring and costly attack that left Tirpitz crippled, but only temporarily.

In the end it was Bomber Command, led by one of Britain’s most remarkable but least-known war heroes, who finished her off. In the autumn of 1944, Wing Commander James ‘Willie’ Tait, a man of outstanding courage and modesty, led Lancasters from the famous 617 ‘Dambusters’ squadron and 9 Squadron on a series of raids that stretched endurance, skill and bravery to the limit. It ended with the destruction of the battleship that had come to symbolise the hubris of Hitler’s Germany.

For all those who love books by Ben MacIntyre or Antony Beevor, this new Patrick Bishop title is full of colour, insight and drama. A triumphant return to the RAF territory of Bomber Boys and Fighter Boys, Target Tirpitz is unputdownable, Second World War storytelling at its best

‘This is a great wartime story, gung-ho in its praise of the men who finally sank Tirpitz, yet compassionate towards her courageous crew. Already a bestselling war historian with his books on the RAF, Target Tirpitz proves that Bishop has sea legs, and this book should add another fleet of fans to his existing army of admirers.’
Sunday Telegraph