Casper Candlewacks in Attack of the Brainiacs!
Ivan Brett, Read by David Thorpe 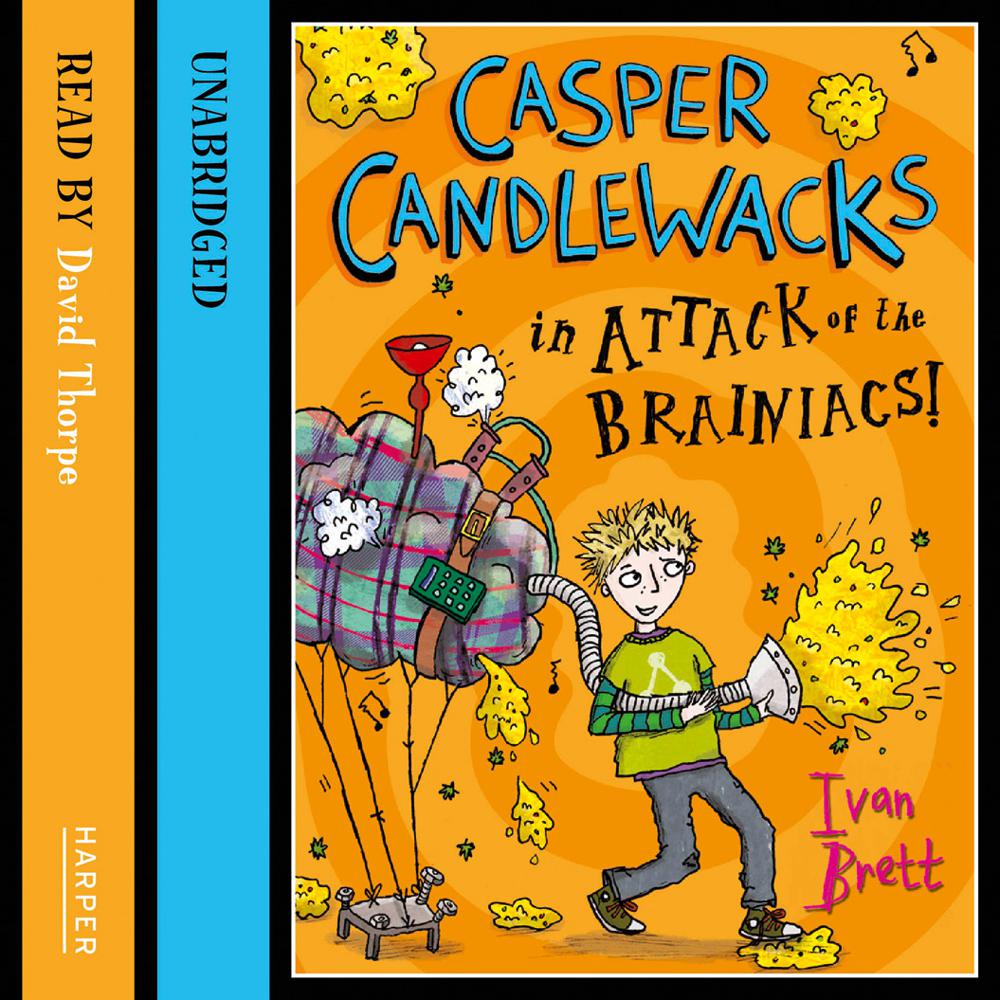 Grab your glow in the dark trousers, Casper’s back in this third ridiculously hilarious, hilarously ridiculous madcap adventure.

Most villages have an idiot but Casper's village is full of them. So being bright makes poor Casper something of an outsider.

A side-splittingly funny for girls and boys, featuring a massive food fight, an evil French chef and a machine that fires omelettes…

Praise for Casper Candlewacks in Death By Pigeon:

"Perfect for readers who like a laugh." Sunday Express