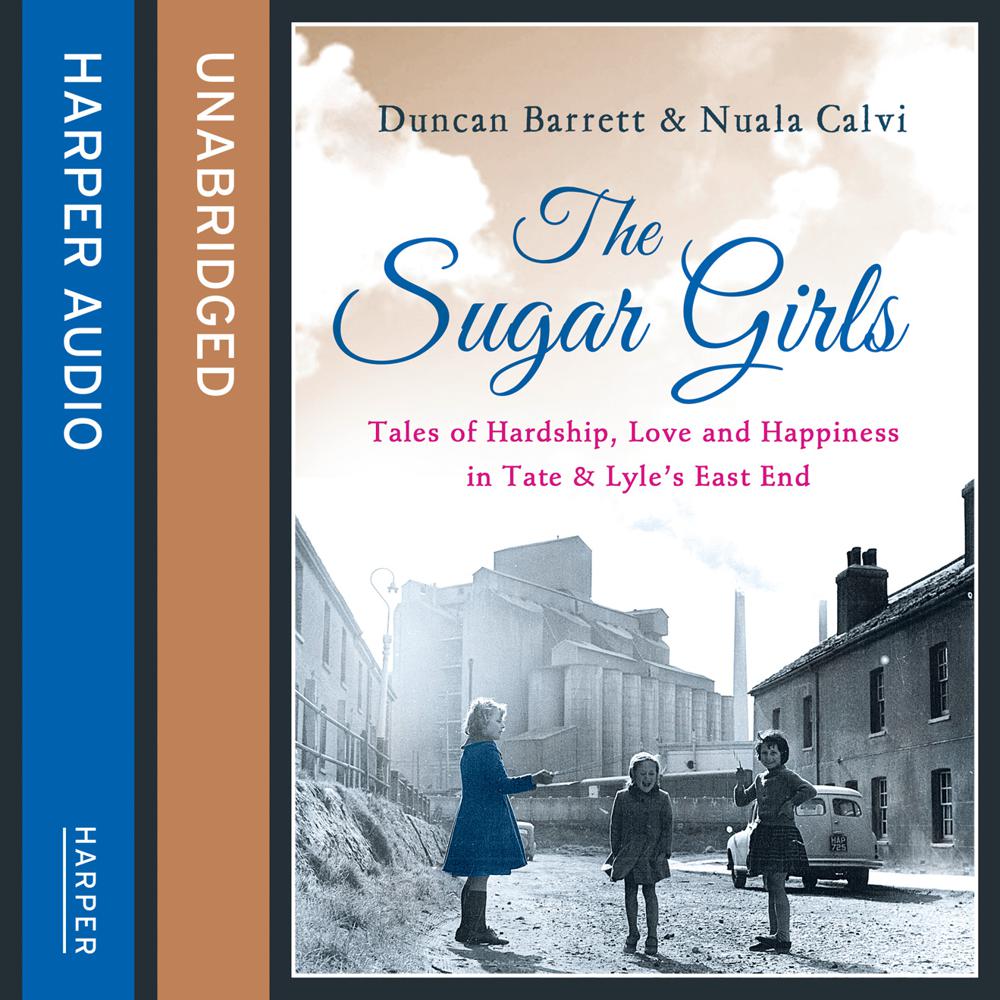 Tales of Hardship, Love and Happiness in Tate & Lyle’s East End Factories. The Sugar Girls went straight to No.10 in the Sunday Times Bestseller List, spending five weeks in the top ten.

‘On an autumn day in 1944, Ethel Alleyne walked the short distance from her house to Tate & Lyle’s refinery on the shining curve of the Thames. Looking up at the giant gates, Ethel felt like she had been preparing for this moment all her life. She smoothed down her frizzy hair, scraped a bit of dirt off the corner of her shoe and strode through.

She was quite unprepared for the sight that met her eyes …’

In the years leading up to and after the Second World War thousands of women left school at fourteen to work in the bustling factories of London’s East End. Despite long hours, hard and often hazardous work, factory life afforded exciting opportunities for independence, friendship and romance. Of all the factories that lined the docks, it was at Tate & Lyle’s where you could earn the most generous wages and enjoy the best social life, and it was here where The Sugar Girls worked.

Through the Blitz and on through the years of rationing The Sugar Girls kept Britain sweet. The work was back-breakingly hard, but Tate & Lyle was more than just a factory, it was a community, a calling, a place of love and support and an uproarious, tribal part of the East End. From young Ethel to love-worn Lillian, irrepressible Gladys to Miss Smith who tries to keep a workforce of flirtatious young men and women on the straight and narrow, this is an evocative, moving story of hunger, hardship and happiness.

Tales of adversity, resilience and youthful high spirits are woven together to provide a moving insight into a lost way of life, as well as a timeless testament to the experience of being young and female.

An authoritative and highly readable work of social history which brings vividly to life a fascinating part of East End life before it is lost forever.’ Melanie McGrath

‘Delightful, a terrific piece of nonfiction storytelling, and an authoritative and highly readable work of social history which brings vividly to life a fascinating part of East End life before it is lost forever.’ – Melanie McGrath, bestselling author of Silvertown and Hopping

‘This vivid and richly readable account of women’s lives in and around the Tate & Lyle East London works in the Forties and Fifties is written as popular social history, played for entertainment. If it doesn’t become a TV series to rival Call The Midwife, I’ll take my tea with ten sugars.’ Bel Mooney, Daily Mail