Casper Candlewacks in the Claws of Crime!
Ivan Brett, Read by David Thorpe 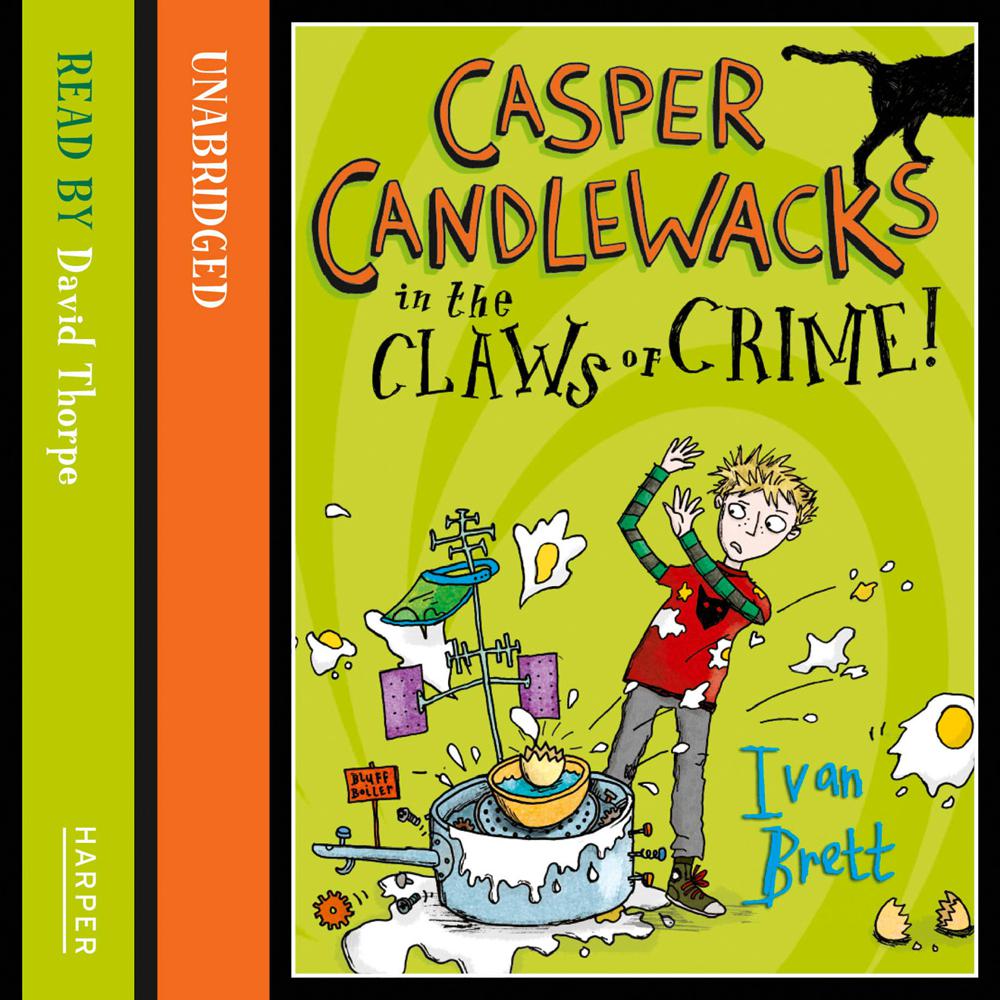 Jeremy Strong described Ivan's first Casper Candlewacks book as a "funny and engaging debut". This is the triumphant follow-up from the funniest new voice in fiction and once again unsung hero, Casper must save the day.

Most villages have an idiot but Casper's village is full of them. So being bright makes poor Casper something of an outsider.

An infamous cat burglar has struck in the village of Corne-on-the-Kobb, stealing a precious jewelled sword and kidnapping Casper’s baby sister. To make matters worse a gaggle of amateur detectives are on the case, questioning the villagers and getting in the way. Armed only with his wits, an egg-boiling lie-detecting machine and his best friend Lamp, can Casper rescue his sister and save the day?

A side-splittingly funny tale for girls and boys

Reviews and features across all major press, partnerships and promotions with key online destinations

Author events programme including the award-winning Spill the Ink roadshow