Birthdays for the Dead
Stuart MacBride, Read by Ian Hanmore 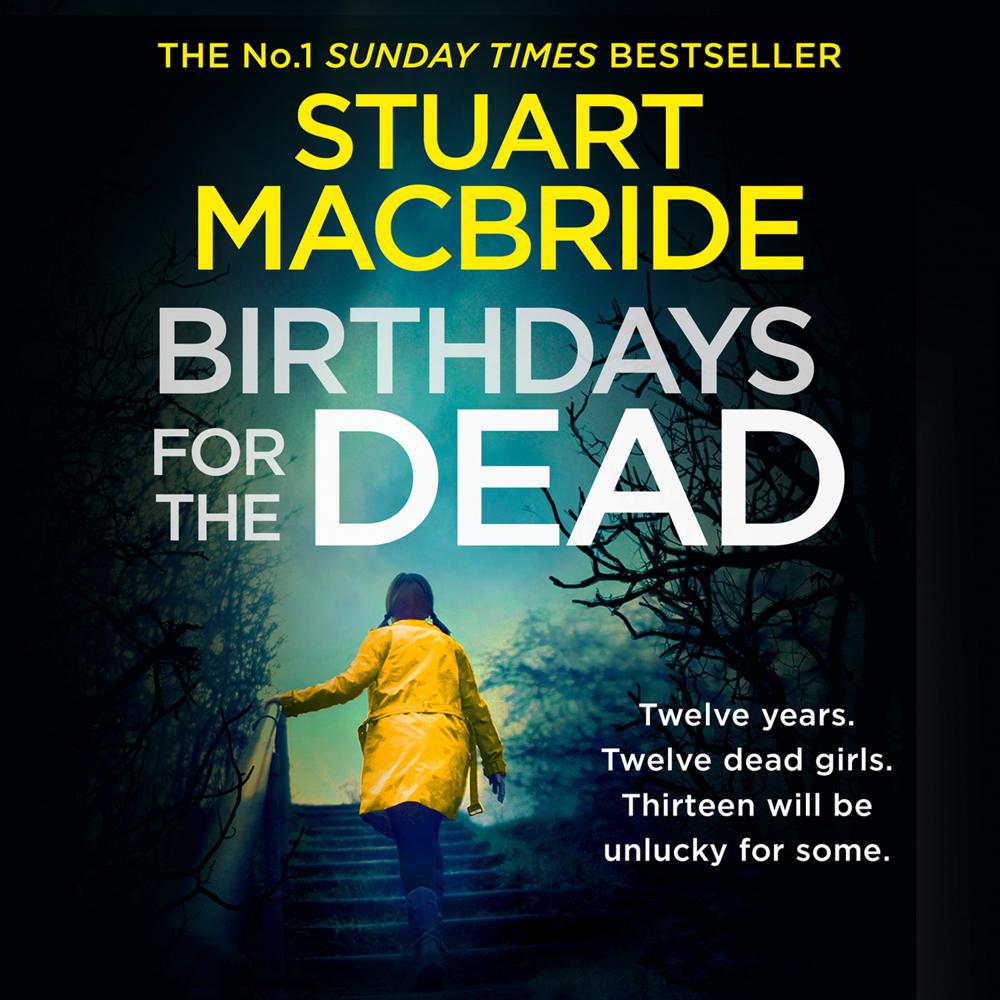 Twelve years. Twelve dead girls. Thirteen will be unlucky for some.

The Number One bestselling crime thriller from the award-winning Stuart MacBride. A bloody, brilliant and brutal story of murder, kidnap and revenge.

Five years ago his daughter, Rebecca, went missing on the eve of her thirteenth birthday. A year later the first card arrived: home-made, with a Polaroid picture stuck to the front – Rebecca, strapped to a chair, gagged and terrified. Every year another card: each one worse than the last.

The tabloids call him ‘The Birthday Boy’. He’s been snatching girls for twelve years, always just before their thirteenth birthday, killing them slowly, then torturing their families with his homemade cards.

But Ash hasn’t told anyone what really happened to Rebecca – they all think she ran away – because if anyone finds out, he’ll be taken off the investigation. And he’s sacrificed too much to give up before his daughter’s murderer gets what he deserves…

Praise for Birthdays for the Dead: