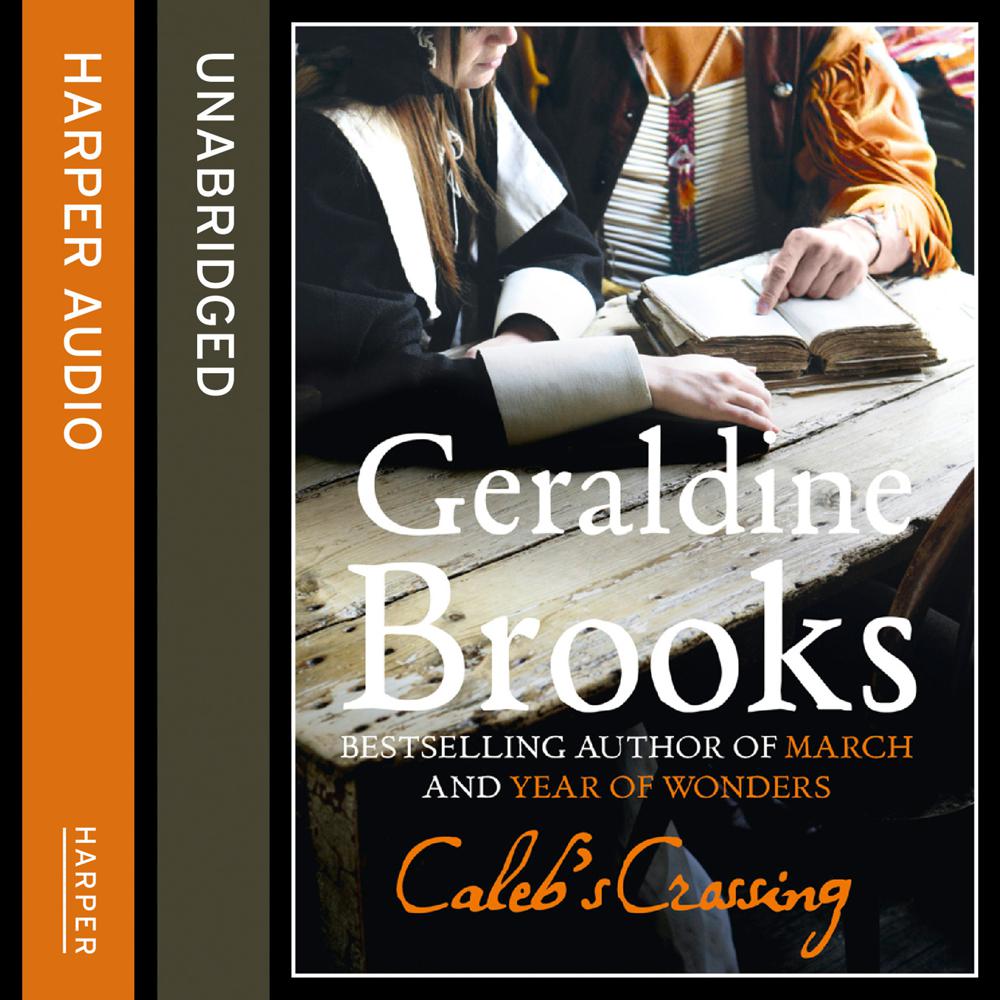 The new novel from Pulitzer Prize-winner Geraldine Brooks, author of the Richard and Judy bestseller ‘March’, ‘Year of Wonders’ and ‘People of the Book’.

Caleb Cheeshateaumauk was the first native American to graduate from Harvard College back in 1665. ‘Caleb’s Crossing’ gives voice to his little known story. Caleb, a Wampanoag from the island of Martha's Vineyard, seven miles off the coast of Massachusetts, comes of age just as the first generation of Indians come into contact with English settlers, who have fled there, desperate to escape the brutal and doctrinaire Puritanism of the Massachusetts Bay colony.

The story is told through the eyes of Bethia, daughter of the English minister who educates Caleb in the Latin and Greek he needs in order to enter the college. As Caleb makes the crossing into white culture, Bethia, 14 years old at the novel's opening, finds herself pulled in the opposite direction. Trapped by the narrow strictures of her faith and her gender, she seeks connections with Caleb's world that will challenge her beliefs and set her at odds with her community.

Praise for ‘People of the Book’ :

'Brooks expertly guides us to the conclusion that the world is made up of only two types of people: those who would destroy books and those who would give their lives to save them. This illuminating novel, like its predecessor, is well worthy of both Pulitzer and prime-time approbation.' Independent on Sunday

'These stories have a raw and visceral power. The book is full of historical detail.' Naomi Alderman, F.T. Magazine

'An irresistible subject, given urgency by its timeliness and poignancy by its paradoxicality: for the novel is based on the true story of an ancient Jewish codex saved from the fire by a Muslim librarian. Her performance will satisfy many readers.' Guardian

‘Brooks’s considerable historical research for “March” is pleasingly lightly worn. Her efforts have borne a rich fruit. It is a big, generous romp that manages to make clever use of “Little Women” without suffocating beneath it.’ Sunday Times

‘A tightly controlled novel in which, you sense, every sentence has been carefully weighed and calculated, and Brooks successfully balances narrative leanness with luxuriant language. “March” is that rare species: a serious popular novel that is not afraid to grapple with big ideas.’ Waterstones Books Quarterly

'Researched with great historical thoroughness, "March" hews faithfully to the spirit of Alcott's original … Louise May Alcott would be well pleased.' The Economist