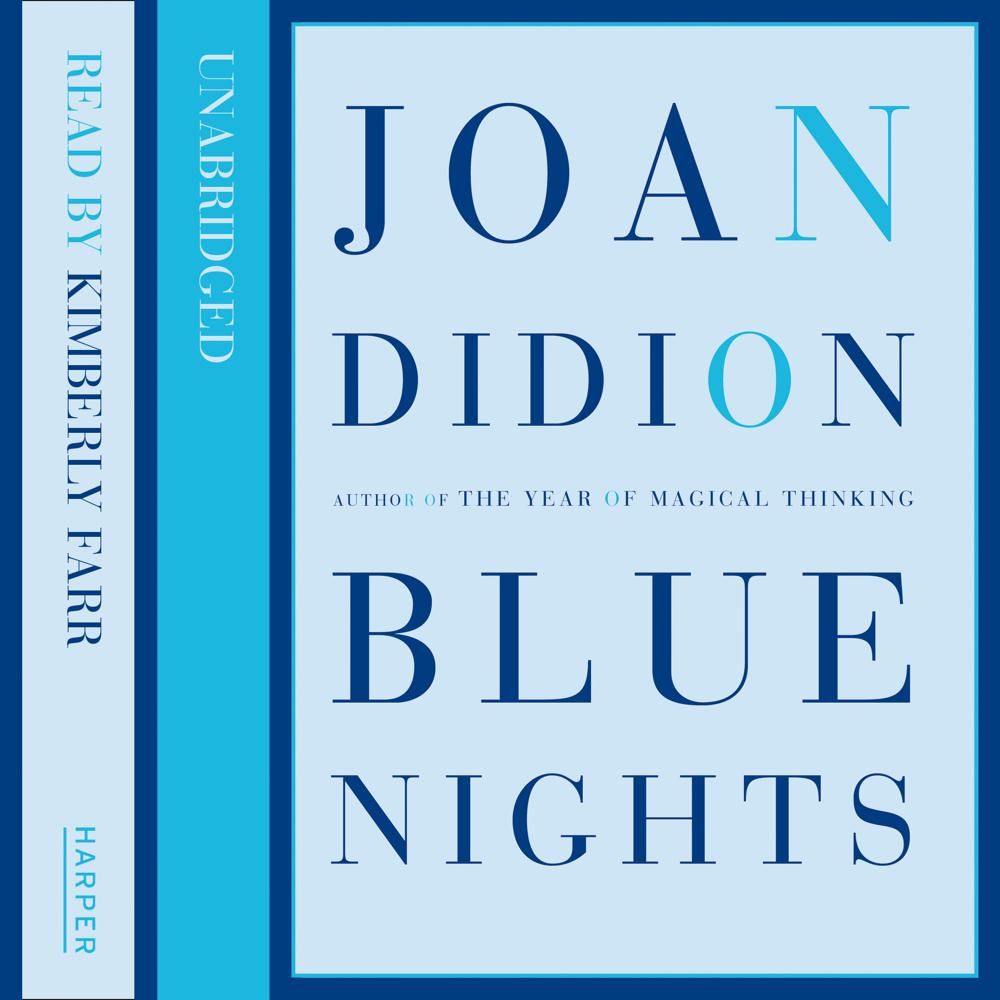 From one of America’s greatest and most iconic writers: an honest and courageous portrait of age and motherhood.

Several days before Christmas 2003, Joan Didion’s only daughter, Quintana, fell seriously ill. In 2010, Didion marked the sixth anniversary of her daughter’s death. ‘Blue Nights’ is a shatteringly honest examination of Joan Didion’s life as a mother, a woman and a writer.

Recently widowed, and becoming increasingly frail, ‘Blue Nights’ is Didion’s attempt to understand our deepest fears, our inadequate adjustments to ageing and to put a name to what we refuse to see and as a consequence fail to face up to, ‘this refusal even to engage in such contemplation, this failure to confront the certainties of ageing, illness and death. This fear.’ This fear is tied to what we cherish most and fight to conserve, protect, and refuse to let go, for, ‘when we are talking about mortality we are talking about our children.’ To face death is to let go of memory, to be bereft once more, ‘I know what it is I am now experiencing. I know what the frailty is, I know what the fear is.’

The fear is not for what is lost.

The fear is for what is still to be lost.

You may see nothing still to be lost.

Yet there is no day in her life on which I do not see her.

A profound, poetic and powerful book about motherhood and the fierce way in which we continue to exalt and nurture our children, even if they only live on in memory.

‘Blue Nights’ is an intensely personal, and yet, strangely universal account of how we love. It is both groundbreaking and a culmination of a stunning career.

Reviews for ‘A Year of Magical Thinking’:
‘It is the most awesome performance of both participating in, and watching, an event. Even though Didion does not allow herself to break down, only a terribly controlled reader will resist doing the same.’ John Freeman, Independent

‘Ultimately, and unexpectedly for a book about illness and death, this is a wonderfully life affirming book.’ Lisa O’Kelly, Observer

‘This is a beautiful and devastating book by one of the finest writers we have. Didion has always been a precise, humane and meticulously truthful writer, but on the subject of death she becomes essential.’ Zadie Smith

‘Taking the reader to places where they would not otherwise go is one of the things a really good book can do. “The Year of Magical Thinking” does just that, and brilliantly. Powerful, moving and true.’ Cressida Connolly, Spectator