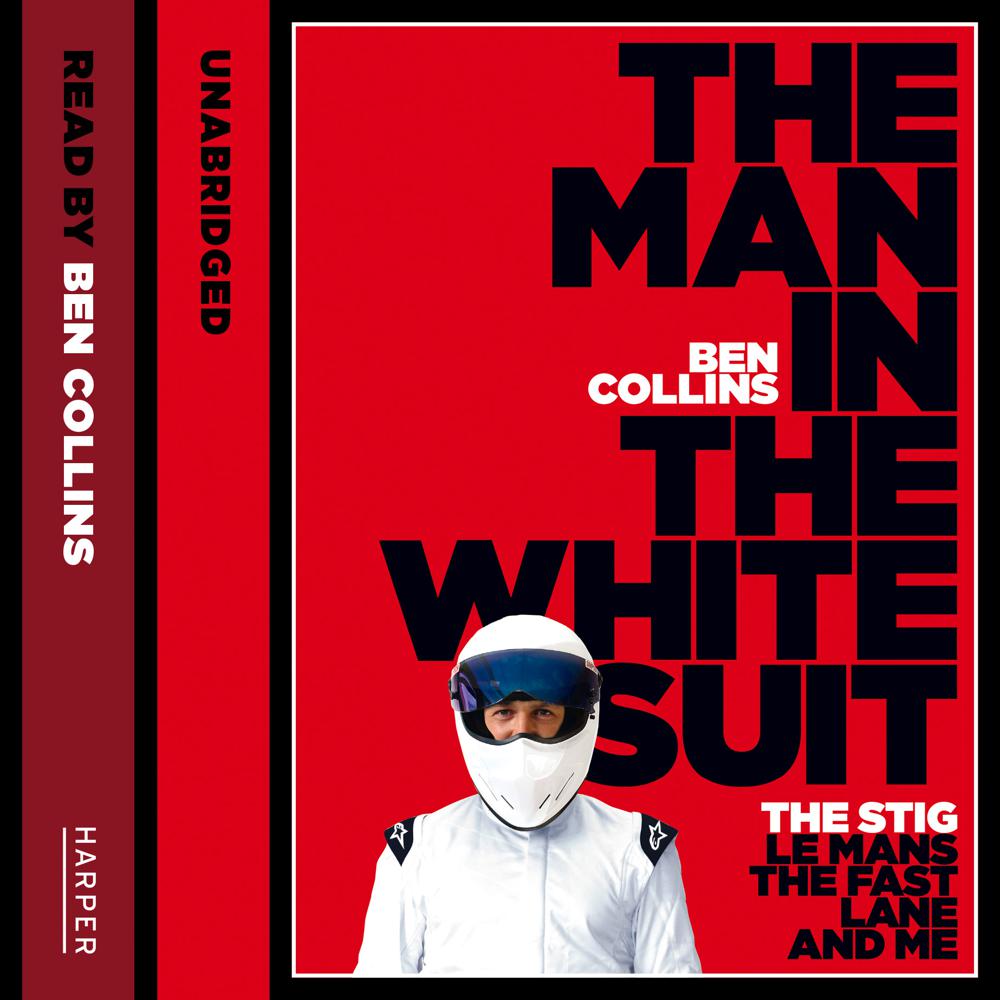 The Stig gets his kit off and reveals how he came to be Top Gear's iconic racing driver and so much more - including what it's like to thrash an Aston Martin DBS, train for the Army and face the terror of Jeremy Clarkson's underwear…

When the Black Stig disappeared off the end of an aircraft carrier in 2003, we were introduced to The White Stig. Faster. Stranger. Harder to keep clean. And ever since, millions have wondered – who is The Man in the White Suit? They're about to find out.

Ben Collins caught the car the bug young, kicking his dad's boss in the balls for not giving him a company Jag. This was the attitude that eventually led him to spend seven years sharing a cabin with Jeremy Clarkson's underwear, James May's PhD thesis and Richard Hammond's hairspray. Because he is The Stig.

Now he tells all about life inside the iconic white helmet. What it's like to guide a blind ex-RAF officer around the Top Gear track; pit a drug dealer's Mitsubishi Evo against a Trojan tank; set a Vauxhall Monara against Chloe the dancing Ninja; and race double-decker Routemasters against bendy buses. Not to mention all the inside stuff on how the show's amazing driving sequences are made.

He also reveals how he got to be there – setting
a Dunsfold lap time faster than Michael Schumacher's. Breaking records with the best of the best at Daytona and Le Mans.

It's an awesome story, told by an amazing man.