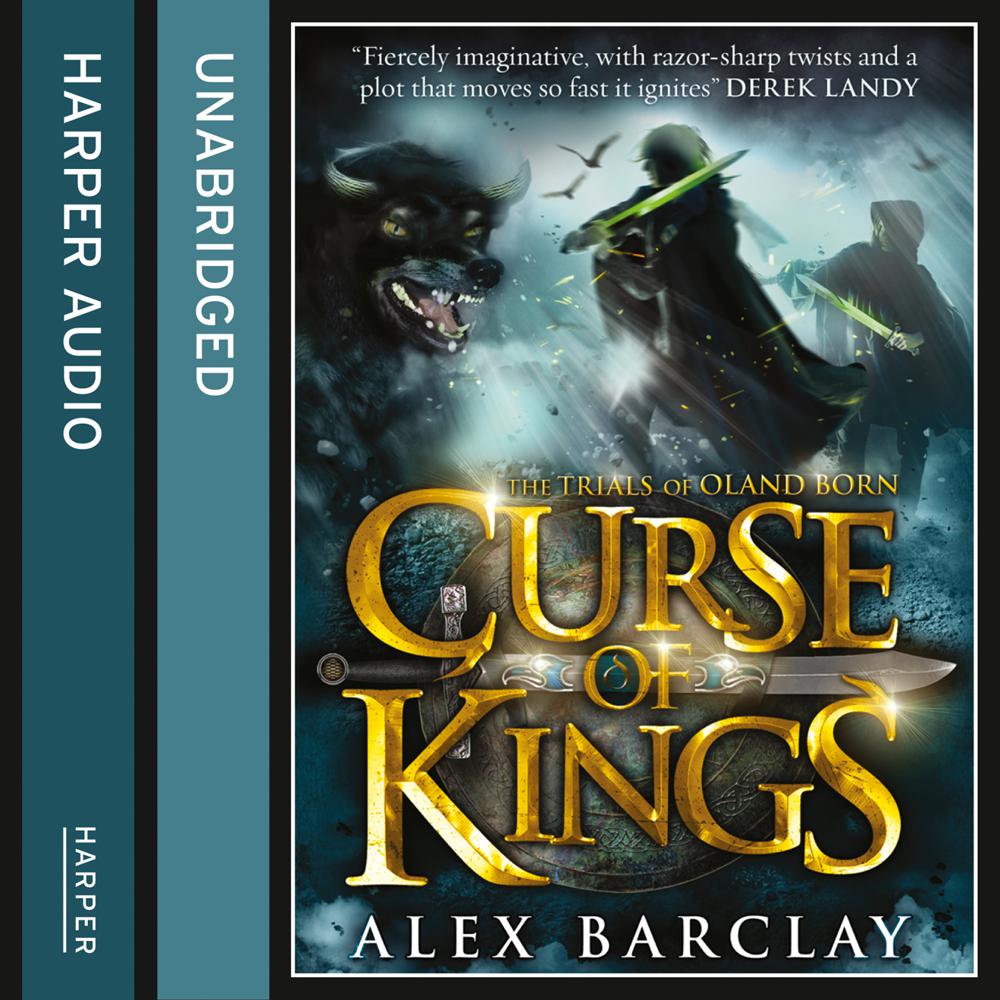 In the tone of The Hobbit, comes the first thrilling story in an epic fantasy adventure, from a major new voice.

Fourteen-year-old Oland Born lives in dark times, in a world ruled by evil tyrant, Vilius Ren. Vilius and his fearsome, bloodthirsty army have wrecked the prosperous kingdom of Decresian, once ruled by good King Micah. Oland himself has been kept as Vilius’s servant in grim Castle Derrington, and he knows little about his past – or why Vilius keeps such a sharp, close eye on him.

One night, Oland finds a letter addressed to him, from the long-dead king. No sooner has he read the message than a mysterious stranger tries to kidnap him. Oland runs, the dead king’s warning ringing in his ears…

If Oland is to live he must restore the shattered kingdom. This is his quest. This is his curse. Let the trials of Oland Born begin. . .

The setting is a hugely atmospheric fantasy world of medieval castles, Romanesque games arenas, supernatural forests and harsh seas. Terrifying hybrid creatures and monsters abound – and Oland’s greatest ally is a girl called Delphi who has dark secrets of her own.

‘Fiercely imaginative, with razor-sharp twists and a plot that moves so fast it ignites’ – Derek Landy, author of Skulduggery Pleasant

“Curse of Kings firmly establishes Alex Barclay as a name to watch in the world of children’s books.” – Irish Independent

“Barclay is certainly a writer to watch” – Inis Magazine