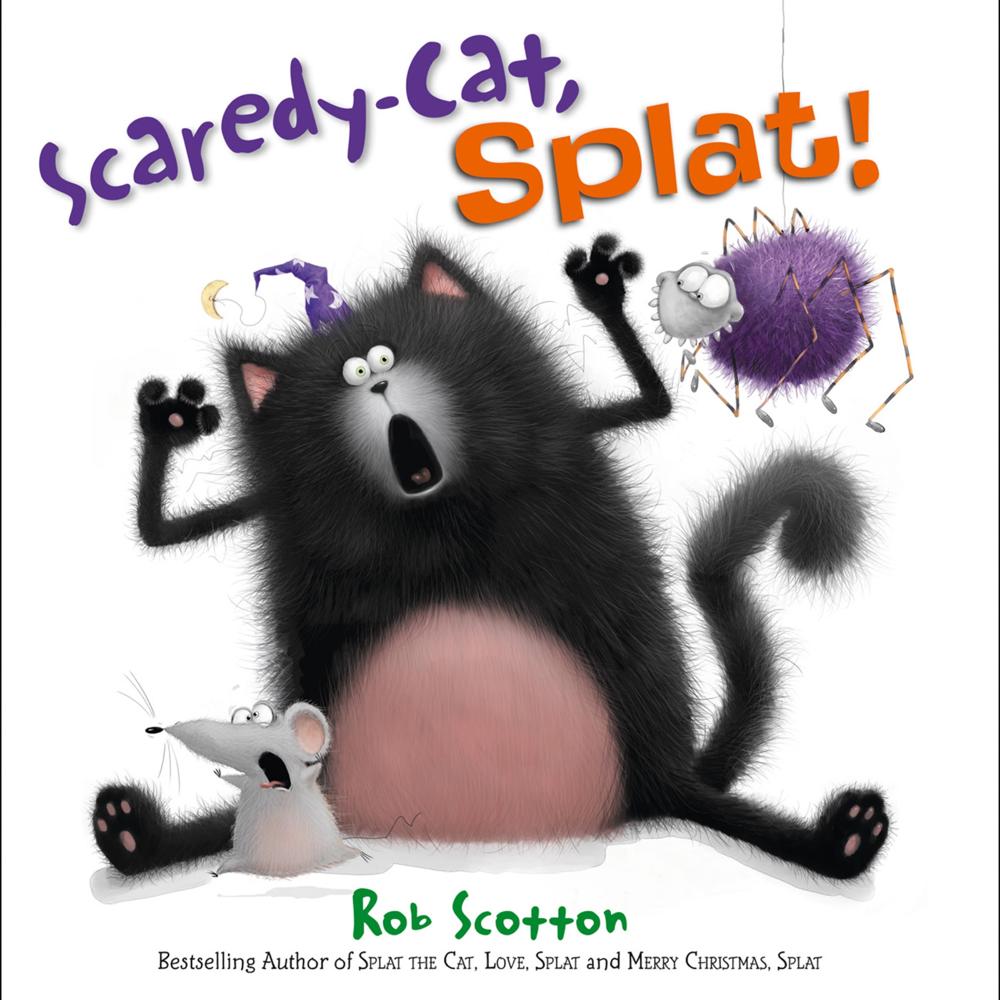 The fourth hilarious story about Splat the Cat, the irresistible character from Rob Scotton, bestselling creator of Russell the Sheep

It’s Halloween and Splat is determined to be the scariest cat in the class. Unfortunately he's just too much of a scaredy-cat. He's afraid of a little spider, and everyone says his costume looks more silly than scary. And when the teacher tells a ghost story in the dark, Splat gets so frightened that he tips over his pumpkin jack-o-lantern. But when the lights go back on, the entire class is scared silly by a small, black furry creature with a big pumpkin head. Whoooo could it be?

“This heart-warming story should melt even the flintiest cynic. Scotton’s frenetic illustrations are spot on and vivid enough to stroke. Buy this book for anyone you ‘like more than fish fingers and ice-cream’…” Daily Mail

Praise for ‘Russell the Sheep’:

‘Russell the Sheep is completely engaging and bound to become a star of the future.’ The Bookseller

‘This is the delicious tale of a sheep who can’t sleep.’ Daily Express