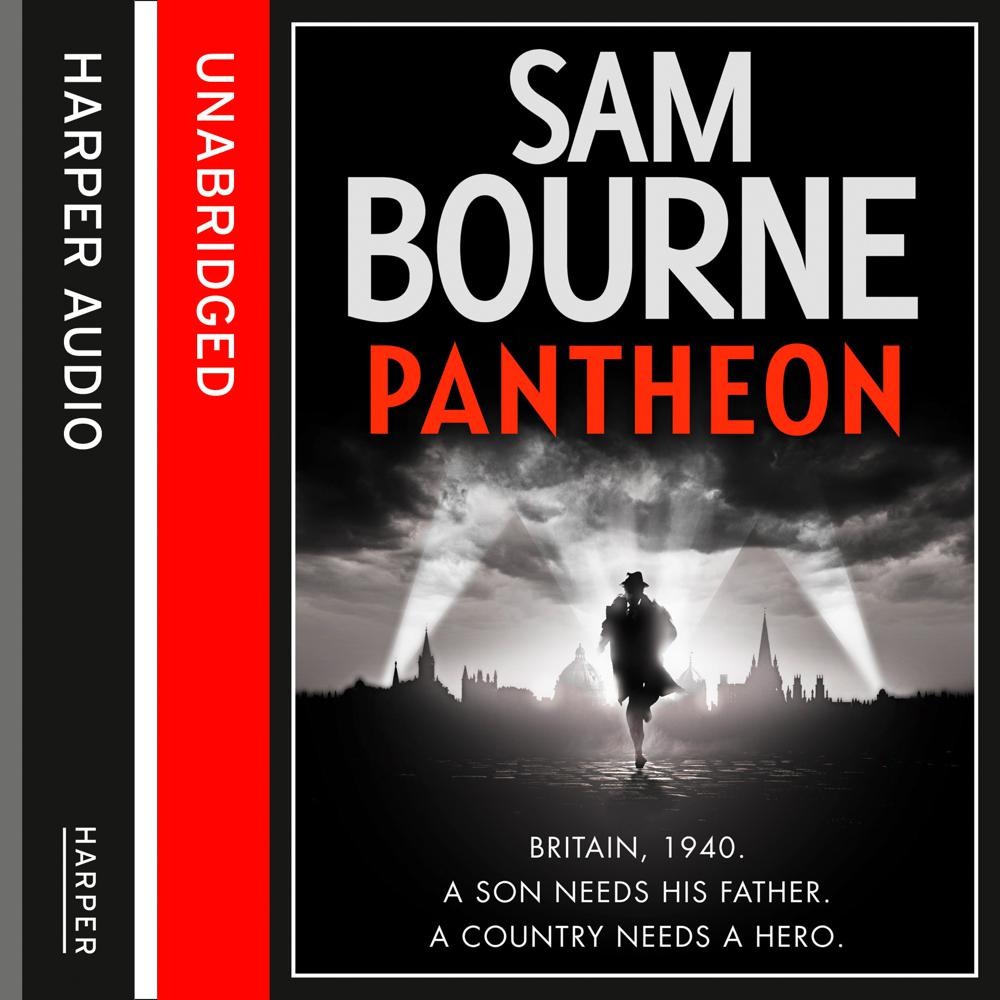 The darkest secrets of World War II… finally revealed. The number one bestseller returns with his most explosive book to date.

Europe is ablaze. America is undecided about joining the fight against Nazism. And James Zennor, a brilliant, troubled, young Oxford don is horrified. He returns one morning from rowing to discover that his wife has disappeared with their young son, leaving only a note declaring her continuing love.

A frantic search through wartime England leads James across the Atlantic and to one of America’s greatest universities, its elite clubs and secret societies – right to the heart of the American establishment. And in his hunt for his family, James unearths one of the darkest and deadliest secrets of a world at war…

***** ‘Shifting his focus from hi-tech present day conspiracies to a very dark chapter of the second world war, Bourne has proved he can more than rub shoulders with the likes of John Le Carre and Robert Harris.’ Mirror

‘Pantheon is a propulsive, satisfying novel which burns with moral indignation, earning Bourne his place at the thriller-writers' high table.’ Guardian

‘Ingeniously constructed … a page-turner which maintains the tension’ Observer

‘An intelligent thriller with a vividly drawn wartime atmosphere’ Independent

‘A compelling story that combines the personal traumas of war, its headline dramas and the tragic tension that can arise between them. A disturbing delight.’ A D Miller, author of SNOWDROPS