Emperor of All Maladies
Siddhartha Mukherjee, Read by Stephen Hoye 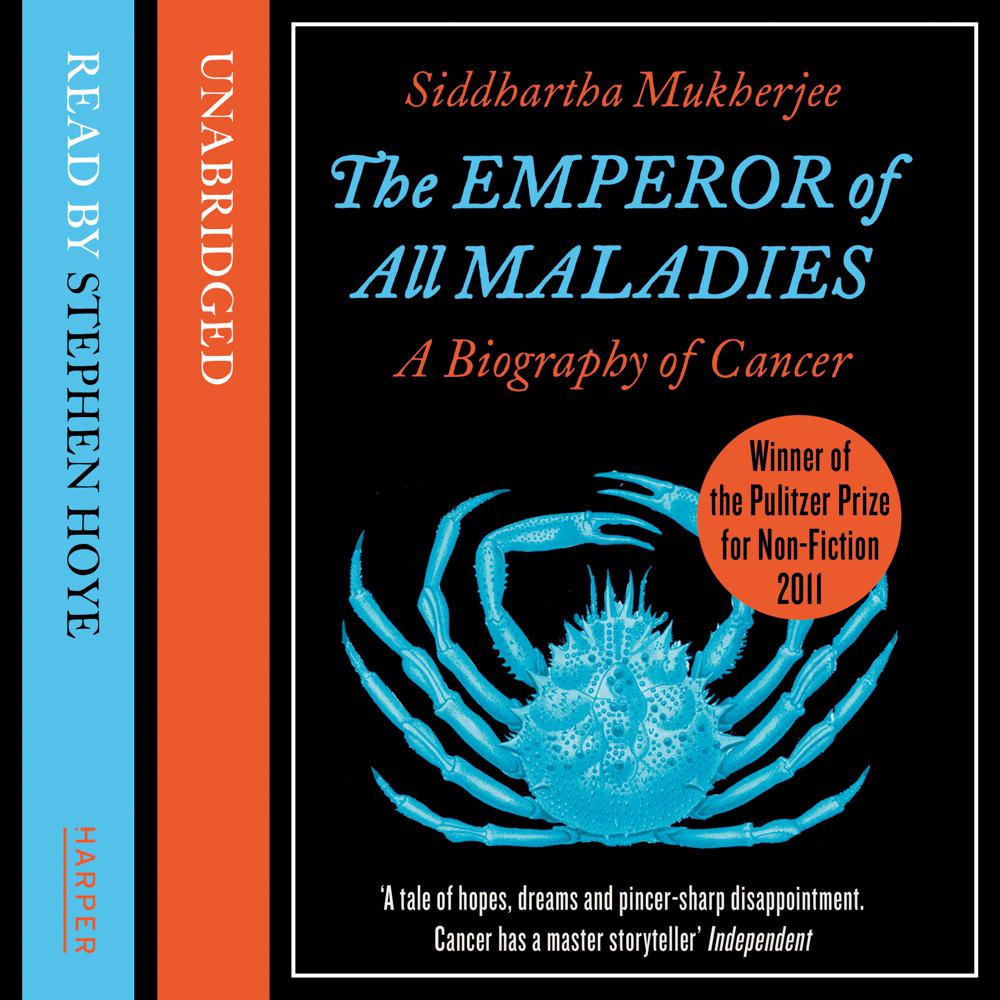 A comprehensive history of cancer – one of the greatest enemies of medical progress – and an insight into its effects and potential cures, by a leading expert on the illness.

In The Emperor of All Maladies, Siddhartha Mukherjee, doctor, researcher and award-winning science writer, examines cancer with a cellular biologist’s precision, a historian’s perspective, and a biographer’s passion. The result is an astonishingly lucid and eloquent chronicle of a disease humans have lived with - and perished from - for more than five thousand years.

The story of cancer is a story of human ingenuity, resilience and perseverance, but also of hubris, arrogance and misperception, all leveraged against a disease that, just three decades ago, was thought to be easily vanquished in an all-out ‘war against cancer’. Mukherjee recounts centuries of discoveries, setbacks, victories and deaths, told through the eyes of predecessors and peers, training their wits against an infinitely resourceful adversary.

From the Persian Queen Atossa, whose Greek slave cut off her malignant breast, to the nineteeth-century recipient of primitive radiation and chemotherapy and Mukherjee’s own leukemia patient, Carla, The Emperor of All Maladies is about the people who have soldiered through toxic, bruising, and draining regimes to survive and to increase the store of human knowledge.

Riveting and magesterial, The Emperor of All Maladies provides a fascinating glimpse into the future of cancer treatments and a brilliant new perspective on the way doctors, scientists, philosophers and lay people have observed and understood the human body for millennia.