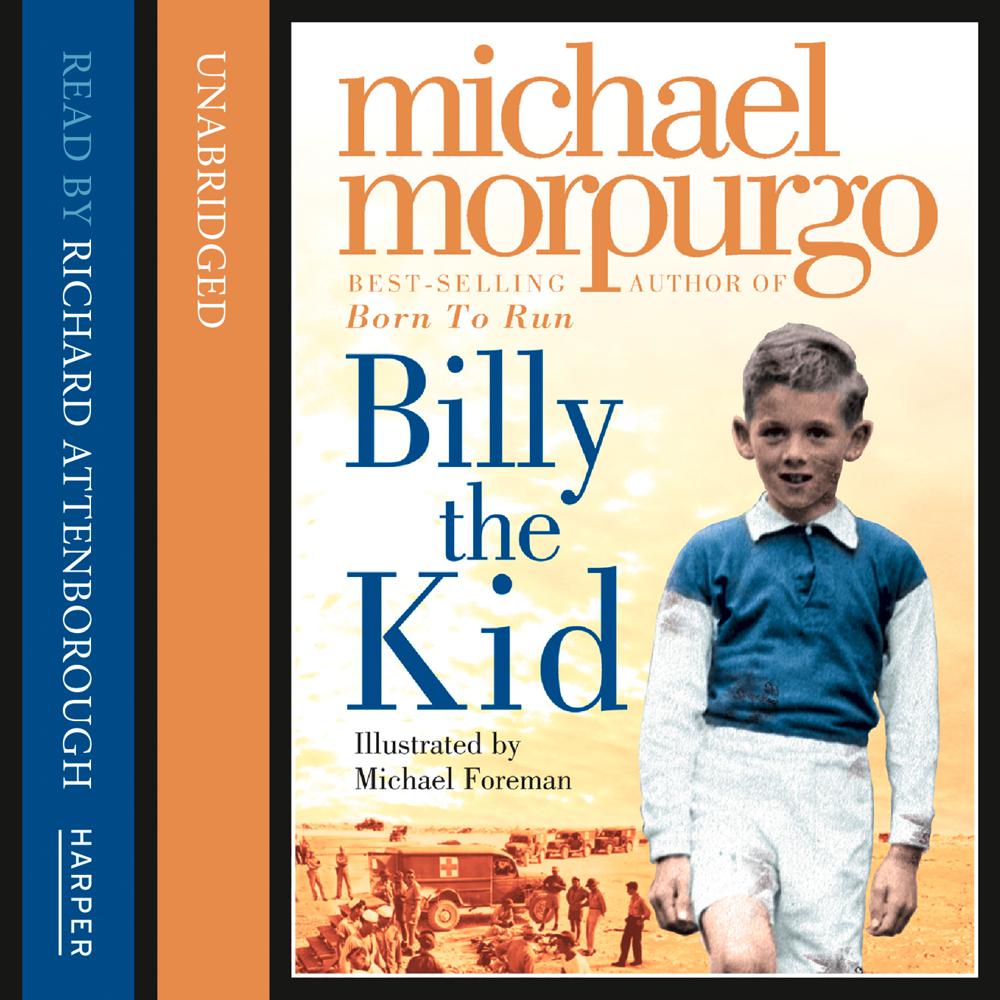 Read by the inimitable Richard Attenborough. Billy was a champion soccer star, playing for Chelsea in the 1930s. But that was before war broke out…

Billy the Kid is told through the voice of an 80 year old man, who looks back on his life as Chelsea’s champion striker until the outbreak of war in 1939 and on through his subsequent life. Billy joins Chelsea as a football apprentice, rises through the reserves to become a real champion. His passion for football sees him through the war years – even as a prisoner of war he organises a friendly against the Italians – but, having been injured by a mine he cannot play for Chelsea on his return to England. Billy turns to vagrancy and alcohol and for years he wanders up and down the country. he re-settles in London in a derelict house and is befriended by a family who move him to a shed in their garden. He, in turn, helps their son with his football who in his turn becomes a Chelsea player. Billy becomes a Chelsea Pensioner and his 80th birthday is celebrated when Chelsea play at home. A novel for both children and adults which deals with some difficult issues. Michael Morpurgo’s storytelling is superb.

'a thrilling and moving story about a Chelsea footballer who gets caught up in the ravages of the Second World War, with the focus on the Beautiful Game as a common bond that can link nations and generations'. Foreman's shimmering watercolours and line, so agile and expressive, are a perfect match for Morpurgo's assured and memorable narrative. This is a book that will be treasured by any child or teacher learning about the Second World War.' TES

'A story that combines football and war. It is a lot like an afternoon at Stamford Bridge, and ideal for football fans aged eight and over.' The Daily Telegraph