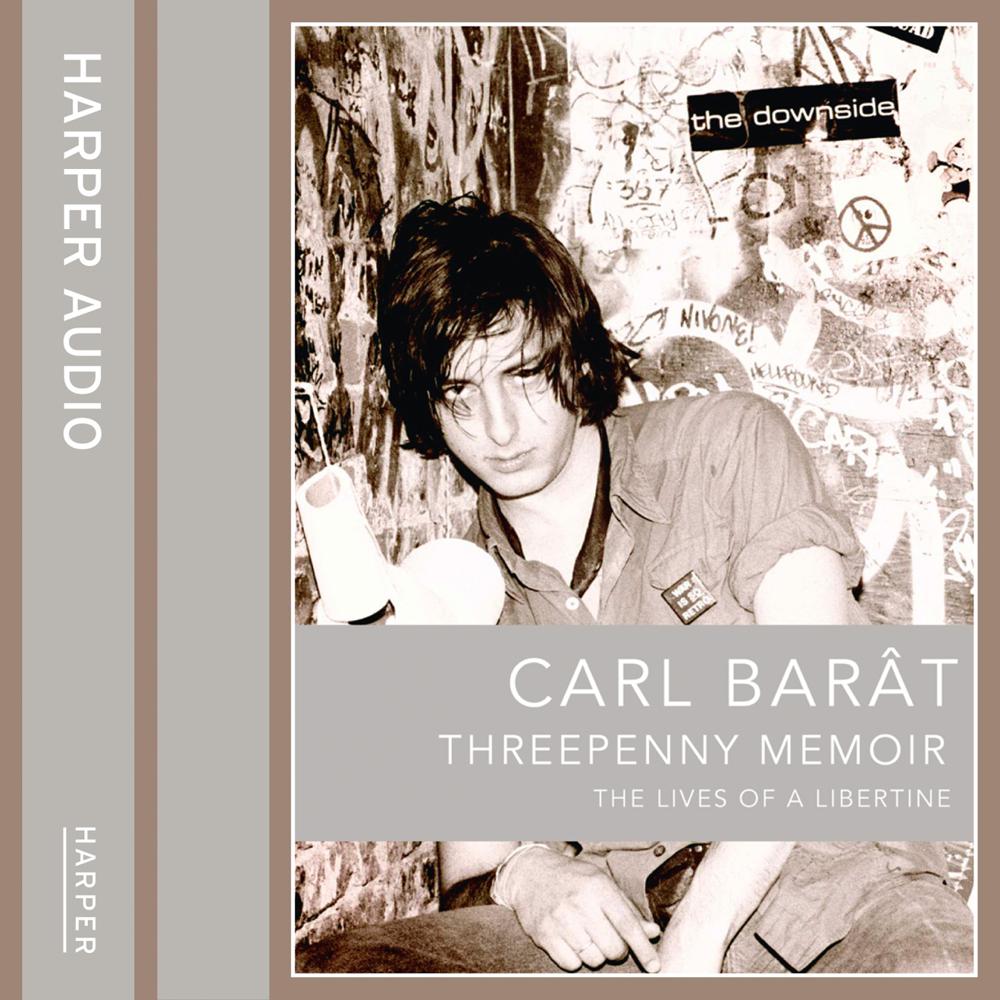 The extraordinary life and times of Carl Barat, Libertine.
READ BY CARL BARAT!

READ BY CARL BARAT. From his childhood in suburban Basingstoke, through times of literally being down and out in London and Paris, to success as one of the co-founders of one of Britain's most revered bands, Carl Barat has gone through the glass darkly as bands fell apart around him, friendships faltered and egos and hedonism threatened to pull his life apart.

Untitled Autobiography tells his extraordinary story, in themed chapters. Love tells of early, unrequited ardour, first heartache and the enduring feelings he has for his best friend, Pete Doherty. Work details time spent on the night shift in factory jobs; his first taste of the bright lights and big city as an usher in theatreland; of the moment when rock and roll really did become just another chore. London looks at the city that shaped him and helped nurture him as a song writer even as he slept on its streets; Icons his fascination with Sir Alec Guinness, his adoration of David Niven, the affinity he felt for the War Poets; Drugs - well, you can probably guess.

Each chapter is chronologically linked by pages from Barat's journal, each recalling a pivotal moment from his life. The Libertines first NME cover in June 2002; their last ever show in Paris just before Christmas in 2004. Walking out on stage with Pete once more at the Hackney Empire in April 2007; touring broken-hearted and solo along America's West Coast in early 2009. His first night onstage at the Riverside Hammersmith, in Sam Shephard's Fool For Love in January 2010. His thoughts on the upcoming Libertines reunion in August 2010.

Untitled Autobiography is a revealing and intimate self-portrait, a story of love and fighting and the creativity that came of that, and a fascinating account of the London of the last decade, with The Libertines its beating heart.