When the Lights Go On Again
Annie Groves, Read by Vicky Mills 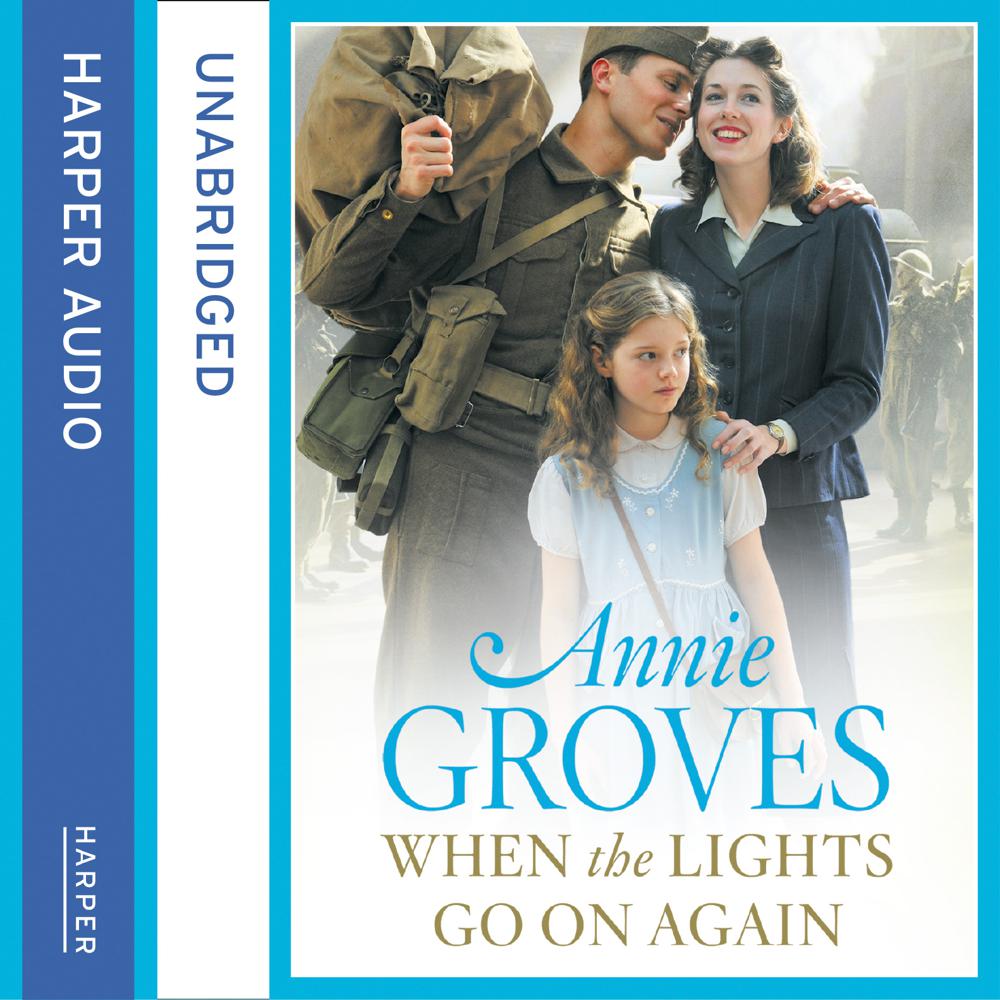 The tide is turning, but on the home front, the battle is far from over for the Campions…

Autumn 1944, the allies are invading Italy. At home in Britain, along with everyone else, the Campion family are doing their bit – working tirelessly in the hope that the end of the war is now in sight.

Lou, separated from her twin Sasha, is spreading her wings quite literally in her new role as a member of the Air Transport Auxiliary, flying new planes to RAF bases. However, while there, she is confronted with a man from her past – Kieron Mallory. Sasha, newly engaged to Bobby, is filled with increasing fear, both for Bobby and about the terror that engulfs her whenever she thinks about being trapped in the bomb shaft that nearly took her life.

Emily, newly widowed loves living in Whitchurch with Tommy, her adopted son, her pride and joy. But a chance sighting of Tommy turns Emily's world upside down and reawakens for Fran all the pain of her past.

Back in London Katie hopes that she is finally over Luke until a surprise letter from him arrives. But can they ever build a friendship on the ashes of their love?