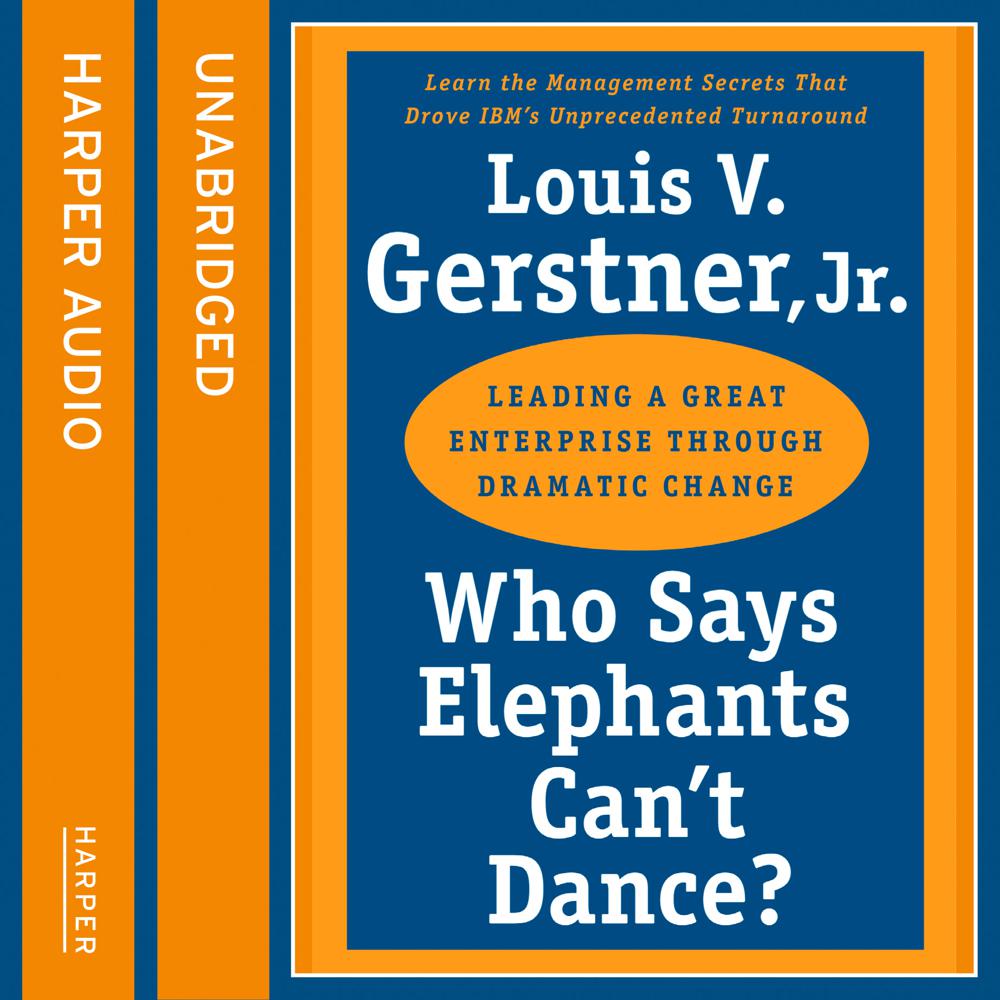 CEO Louis V. Gerstner Jr.’s memoir about the extraordinary turnaround of IBM and his transformation of the company into the industry leader of the computer age – the great American business story of our time.

When Louis V. Gerstner became CEO of IBM in 1993, shares had slumped and the company was on the verge of collapse. Hired for his successful management of RJR Nabisco and American Express, Gerstner had no background in technology, but during his seven-year chairmanship, he transformed the company into the leading force of the computer age. In his frank, direct voice, Gerstner recalls the obstacles he faced: the plans to fragment the company, the inconsistent global policies, the stodgy white-shirt hierarchy and inter-departmental competitiveness and the rapidly declining sales. Within months of joining IBM, Gerstner presented his bold and controversial business strategy. Punitive towards office politics, he revolutionised the company from within, altering an entire corporate culture, divesting billions of dollars in unneeded assets and transforming IBM from a fractured, process-driven business into a nimble, customer-driven enterprise able to respond quickly to the volatile technology market and face down Microsoft and Intel in the internet era. Revealing his tactics step by step, Gerstner spins an engaging narrative that takes the reader behind the curtain into the unbelievable mess he inherited and into the office and mind of a CEO facing the challenge of a lifetime.

‘Effective, to the point and, thankfully, free of the asinine nonsense that infects so much writing about the hard graft of management.’ Simon London, Financial Times

‘A blunt, straight-talking book…relevant to anyone (including Tony Blair) who is struggling to bring about change in big, bureaucratic organisations.’ Geoffrey Owen, Sunday Telegraph

‘Gerstner’s top class corporate credentials – prior to IBM and Nabisco, he spent eleven years at American Express – mean that “Elephants” will appeal strongly to junior and not-so-junior executives hoping to learn titbits of business knowledge that they can put to use in their own offices. There is much on offer for the business reader…But while this is first and foremost a business book, it is also intimate, and for that reason presents an interesting insight into the mind of one of the United States’ top chief executives.’ Alex Meehan, Sunday Business Post