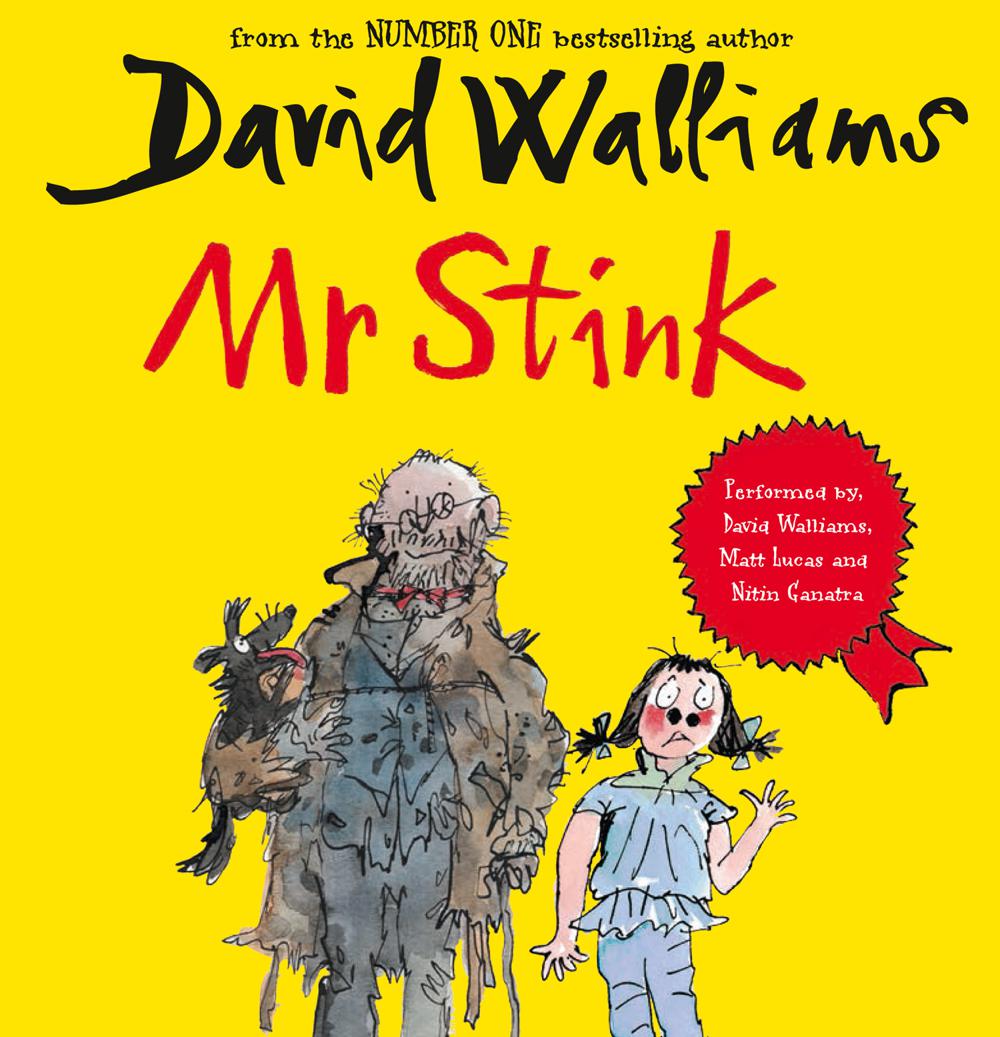 The second original, touching, twisted, and most of all hilarious novel and audiobook for children performed by David Walliams, Matt Lucas and Nitin Ganatra.

The characters from David’s book spring to life with fantastic voices and characters galore that will make you laugh out loud.

"Mr Stink stank. He also stunk. And if it was correct English to say he stinked, then he stinked as well…”

Chloe sees Mr Stink every day, but she’s never spoken to him. Which isn’t surprising, because he’s a tramp, and he stinks.

But there’s more to Mr Stink than meets the eye (or nose) and before she knows it, Chloe has an unusual new friend hiding in her garden shed.

As Chloe struggles to keep Mr Stink a secret, and her dad tries to hide a secret of his own, the stage is set for an epic family confrontation. But there's one other person with an extraordinary secret – Mr Stink himself…

“I've always been a huge fan of David Walliams and this audiobook was not a let down!!

Pure genius to have his book read out by him and Matt Lucas.The two read it as life were one big Little Britain/ Roald Dahl Fairy tale world!"

"Charming, funny, with lovely illustrations by Quentin Blake" The Times