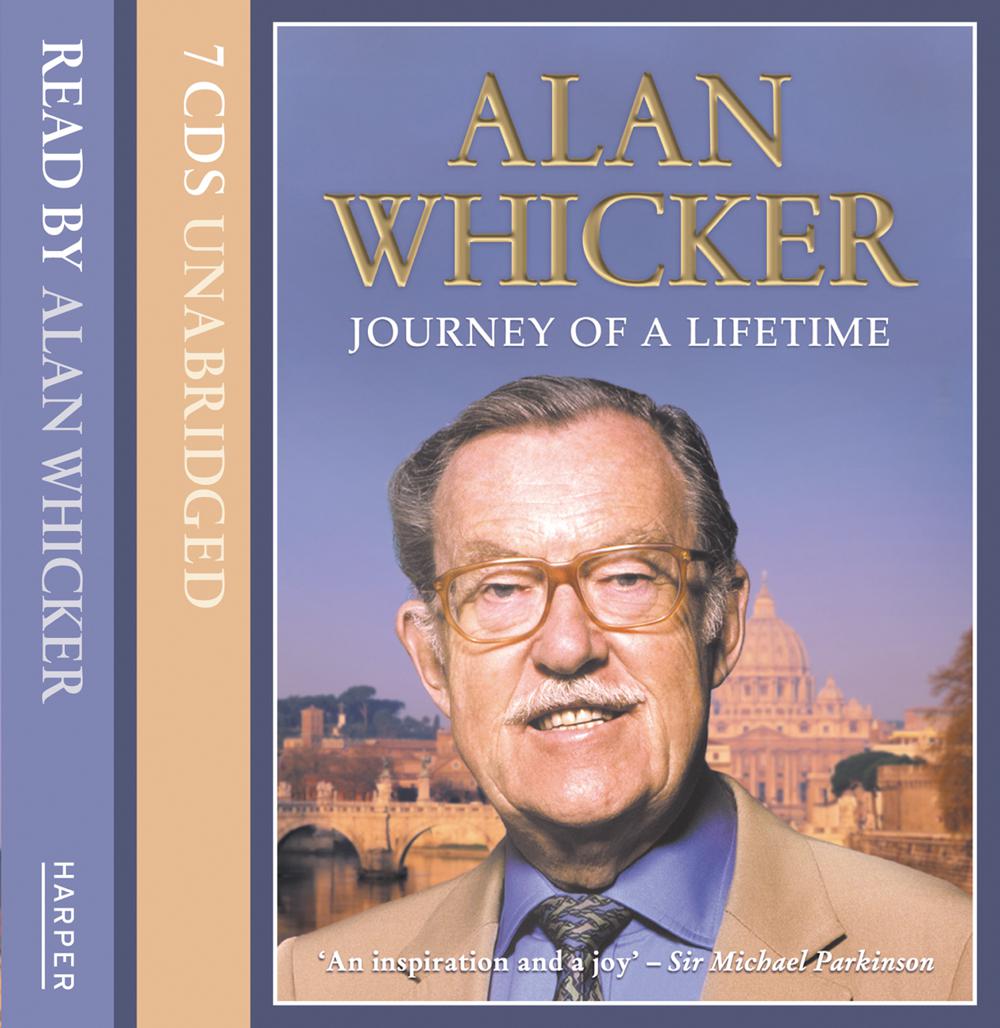 The iconic broadcasting legend dusts down his suitcase for a final journey around the globe, revisiting locations of significance to his life and career.

"You might say I'm set in my airways. I'm one of those lucky people whose professional and private lives blend exactly."
Alan Whicker, 2007

This sumptuous book to accompany the major BBC TV series of the same name, is a glorious celebration of 50 years in front of the camera.

For as long as most can remember, Whicker has roamed far and wide in search of the eccentric, the ludicrous and the socially-revealing aspects of everyday life as lived by some of the more colourful of the world's inhabitants.

Since the late 1950s, when the long-running Whicker's World documentary was first screened, he has probed and dissected the often secretive and unobserved worlds of the rich and famous, rooting out the most implausible and sometimes ridiculous characters after gaining admittance to the places where they conduct their leisure hours.

The great man's legacy contains a number of genuine TV firsts. As well as landmark interviews with figures as diverse as Papa Doc, Paul Getty and The Sultan of Brunei, he was a pioneer, covering subjects like plastic surgery, gay weddings, polygamy, swinging and following gun-toting cops, fly-on-the-wall style, for British screens long before anyone else.

This wonderful new book is the end product of a very personal journey. Whicker retraces his steps, catching up with some past interviewees and reflecting on how the world has changed - for good and bad - over the passing of time. Journey of a Lifetime is lyrical, uplifting and peppered with our favourite globetrotter's brand of subtle satire.

"Not only is Alan Whicker a friend of mine, he's my hero."
Sir Michael Parkinson