Bones of the Hills
Conn Iggulden, Read by Rupert Farley 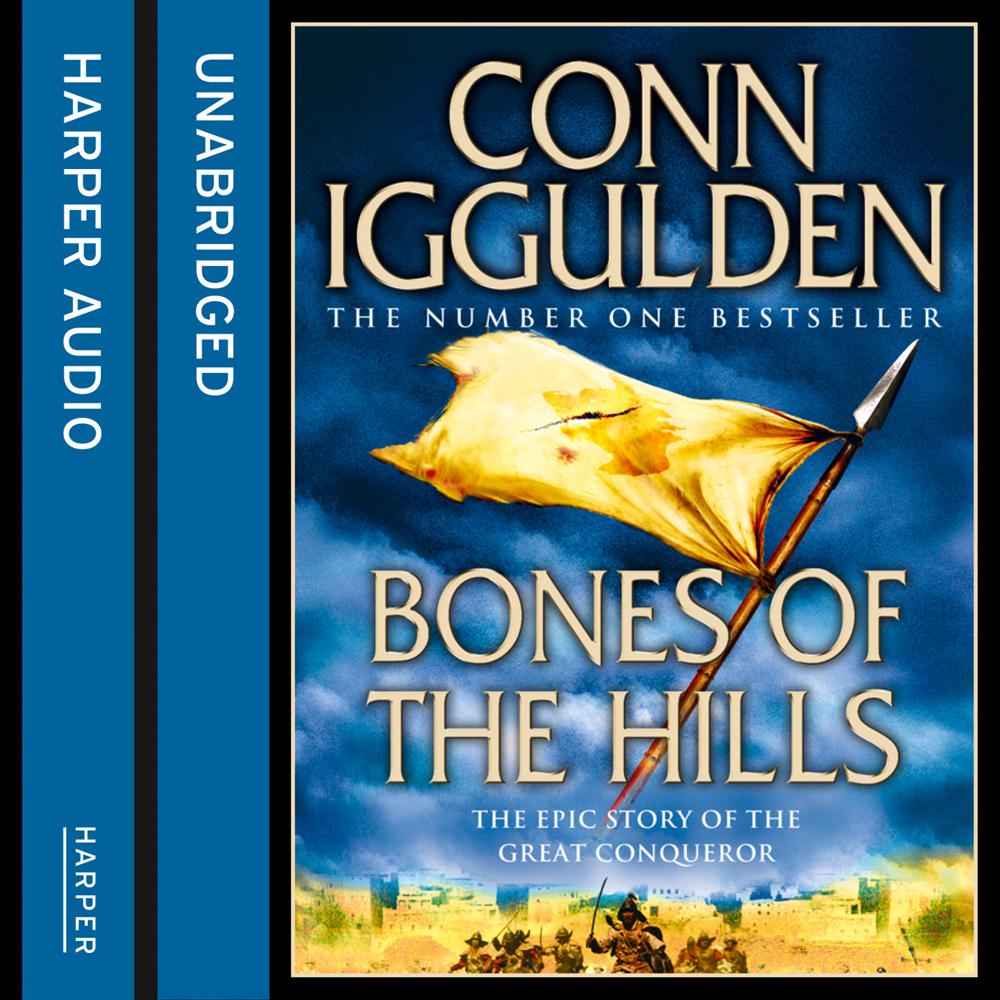 The powerful and exhilarating third novel in Conn Iggulden’s No. 1 bestselling Conqueror series, following the life and adventures of the mighty Genghis Khan

The fatherless boy, exiled from his tribe, whom readers have been following in 'Wolf of the Plains' and 'Lords of the Bow', has grown into the great king, Genghis Khan. He has united the warring tribes and even taken his armies against the great cities of their oldest enemies. Now he finds trouble rising west of the Mongolian plains. His emissaries are mutilated or killed; his trading gestures rebuffed. So, dividing his armies, using his sons as generals of the various divisions, he sends them out simultaneously in many directions, ranging as far as modern Iran and Iraq.

As well as discovering new territories, exacting tribute from conquered peoples, laying waste the cities which resist, this policy is also a way of diffusing the rivalries between his sons and heirs and working out who should succeed the khan.

This, the third book in the Conqueror series, is once more an epic story. Genghis Khan is an exhilarating and heroic figure. The sense of his ambition and his power, the relationships with his wives, sons and trusted aides, the sweep of his conquests, is all brought together by a masterful storytelling. It is a compelling read. With each book, you are left, even more, longing for the next.