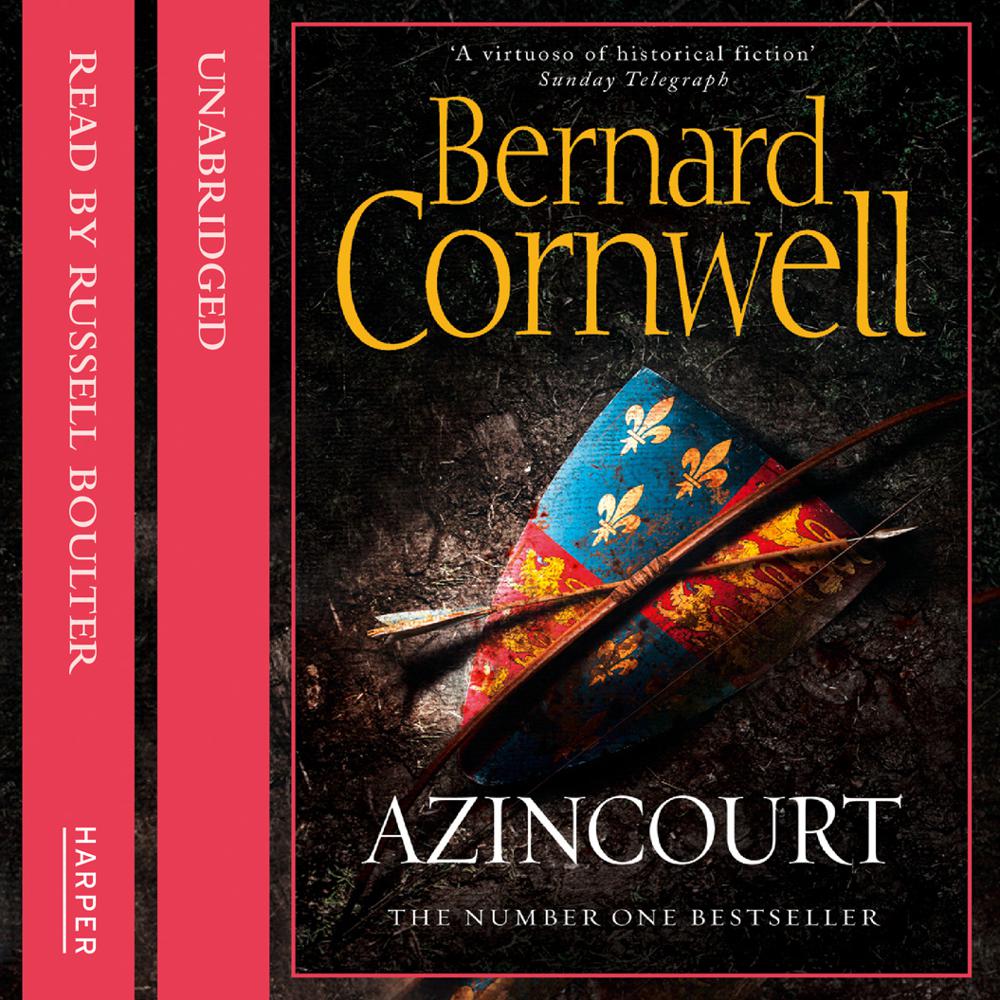 Agincourt, fought on October 25th 1415, St Crispin's Day, is one of England’s best-known battles, in part through the brilliant depiction of it in Shakespeare's Henry V, in part because it was a brilliant and unexpected English victory and in part because it was the first battle won by the use of the longbow - a weapon developed by the English which enabled them to dominate the European battlefields for the rest of the century.

Bernard Cornwell’s Azincourt is a vivid, breathtaking and meticulously well-researched account of this momentous battle and its aftermath. From the varying viewpoints of nobles, peasants, archers, and horsemen, Azincourt skilfully brings to life the hours of relentless fighting, the desperation of an army crippled by disease and the exceptional bravery of the English soldiers.

‘If Bernard Cornwell was born to write one book, this is it. No other historical novelist has acquired such a mastery of the minutiae of warfare in centuries past. No one else could hope to take Shakespeare’s Henry V, strip it of its rhetoric and tell the unvarnished truth about the Battle of Agincourt’
Telegraph

'Nobody in the world does this stuff better than Cornwell – action set six hundred years ago is a fresh and vital as six days ago, with rough, tough men at war, proving once again that nothing changes – least of all great storytelling’
Lee Child

‘This is typical Cornwell, meticulously researched, massive inscope, brilliant in execution’ The Sun

'Great action scenes, rich in period detail, are underpinned by a feeling for the passions that shaped the Britain we know today' Sunday Telegraph, Seven Magazine

Bernard Cornwell is a literary miracle. Year after year, hail, rain, snow, war and political upheavals fail to prevent him from producing the most entertaining and readable historical novels of his generation' Daily Mail

'Cornwell's narration is quite masterly and supremely well-researched' Observer