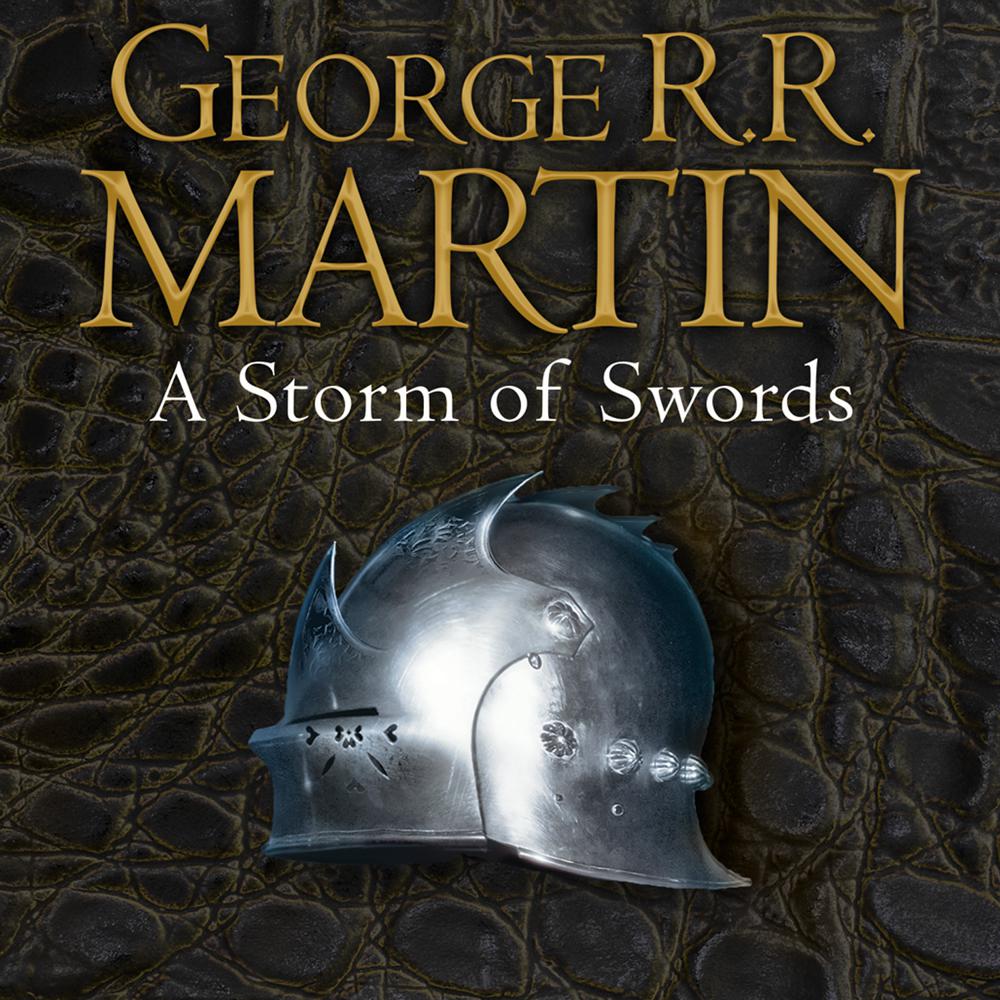 HBO’s hit series A GAME OF THRONES is based on George R R Martin’s internationally bestselling series A SONG OF ICE AND FIRE, the greatest fantasy epic of the modern age. A STORM OF SWORDS is the third volume in the series.

The Seven Kingdoms are divided by revolt and blood feud, and winter approaches like an angry beast. Beyond the Northern borders, wildlings leave their villages to gather in the ice and stone wasteland of the Frostfangs. From there, the renegade Brother Mance Rayder will lead them South towards the Wall.

The men of the Night’s Watch are ready for the coming of a great cold and the walking corpses that travel with it. But now they face a horde of wildlings twenty-thousand strong – hungry savage people steeped in the dark magic of the haunted wilderness – poised to invade the Kingdom of the North where Robb Stark wears his new-forged crown.

But Robb’s defences are ranged against attack from the South, the land of House Stark’s enemies the Lannisters. His sisters are trapped there, dead or likely yet to die, at the whim of the Lannister boy-king Joffrey or his depraved mother Cersei, regent of the Iron Throne. Cersei’s ambition is unfettered while the dwarf Tyrion Lannister fights for his life, a victim of treachery.

And on the other side of the ocean, the last of the Targaryens rears the dragons she hatched from her husband’s funeral pyre. Daenerys Stormborn will return to the land of her birth to avenge the murder of her father, the last Dragon King on the Iron Throne.

‘Colossal, staggering… Martin captures all the intoxicating complexity of the Wars of the Roses or Imperial Rome in his imaginary world… one of the greats of fantasy literature.’
SFX

‘Truly epic… An extraordinarily rich novel… with its magnificent action-filled climax, it provides a banquet for fantasy lovers with large appetites… The book stands out from similar work by virtue of its superbly developed characters, accomplished prose and sheer bloody-mindedness.’
Publishers Weekly

‘A vast, rich saga, with splendid characters and an intricate plot flawlessly articulated against a backdrop of real depth and texture.’
Kirkus