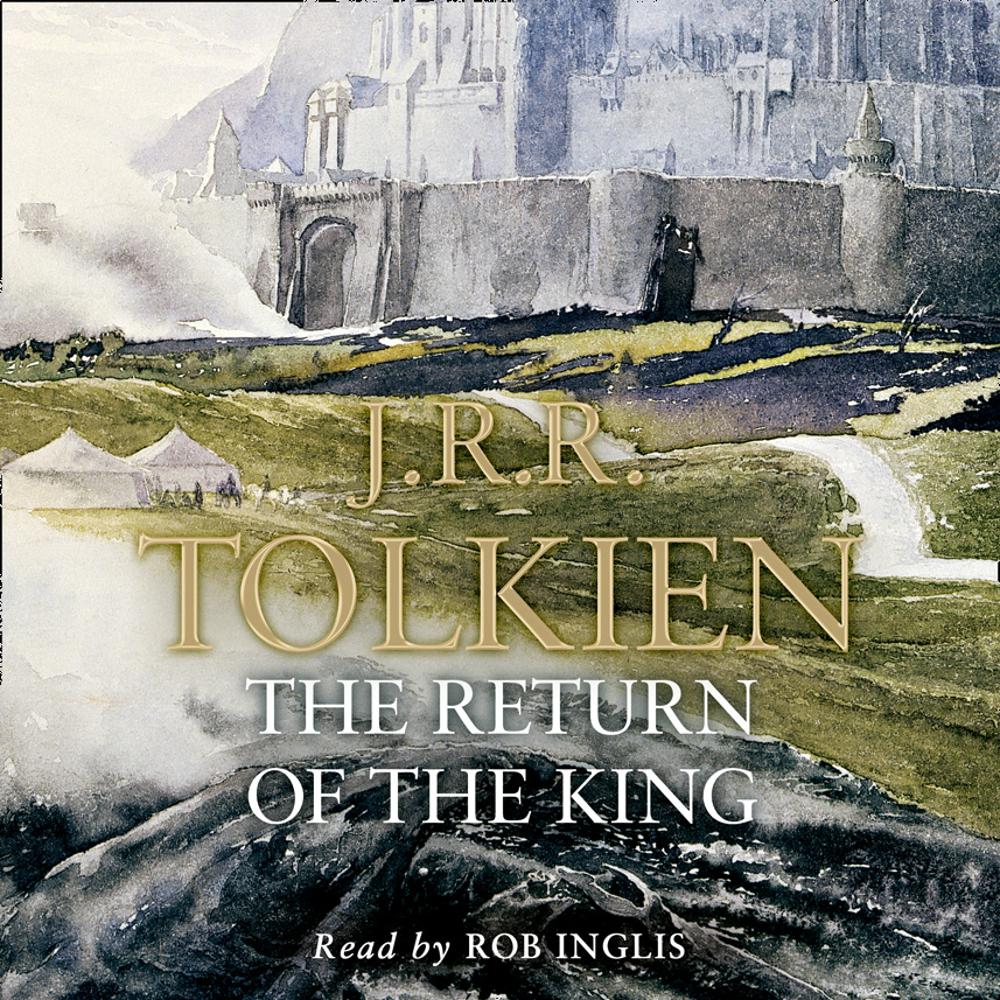 Concluding the story begun in The Hobbit, this is the final part of Tolkien’s epic masterpiece, The Lord of the Rings.

The armies of the Dark Lord Sauron are massing as his evil shadow spreads ever wider. Men, Dwarves, Elves and Ents unite forces to do battle agains the Dark. Meanwhile, Frodo and Sam struggle further into Mordor in their heroic quest to destroy the One Ring.

The devastating conclusion of J.R.R. Tolkien’s classic tale of magic and adventure, begun in The Fellowship of the Ring and The Two Towers, features the definitive audio recording of the complete tale – including Appendix A – all of which is expertly read by Rob Inglis.

‘The story moves on with a tremendous narrative rush to its climax… extraordinary imaginative work, part saga, part allegory, and wholly exciting.’
The Times

‘A triumphant close… a grand piece of work, grand in both conception and execution. An astonishing imaginative tour de force.’
Sunday Telegraph